Fast-forwarding to last season, and this product: 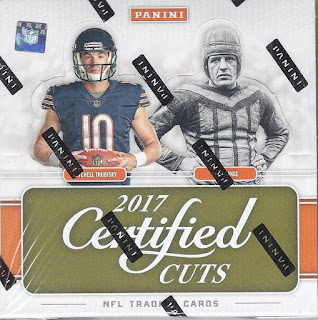 It had one of the more interesting designs for hits in recent releases, so let's chase one. 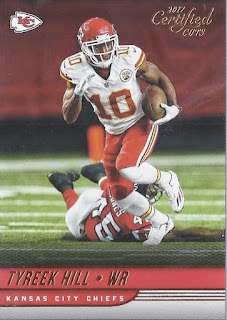 But first, here's a base card. Surprisingly, that's a nice looking photo choice for a mid-range product. It is totally made by the missed tackle. Poor Deion Jones, but at least he's got cards of his own. 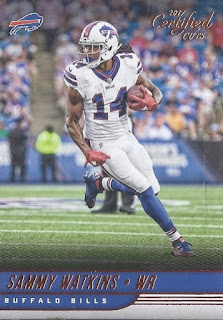 The only Bills card in the two football boxes I broke was this one. Yay! Even though this is likely a dupe. 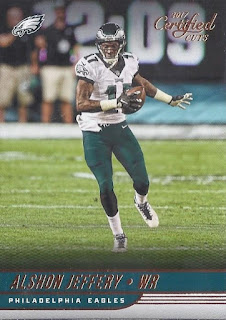 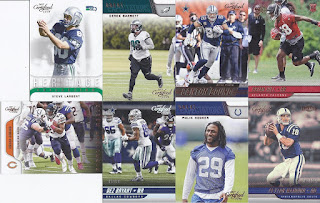 The rest of the inserts and parallels and numbered cards. The Hill and Manning are both technically base cards, but since they're numbered, they go here. 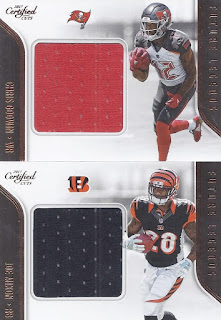 There were 4 hits advertised for the box, and here's two of them. Standard relics. 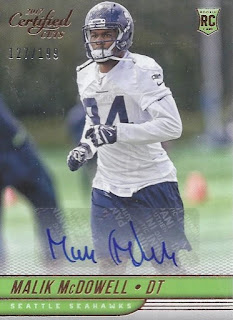 And a sticker-graph. I don't know why Malik looks like he placed parenthesis around the first letter of his last name, but at least it looks unique. 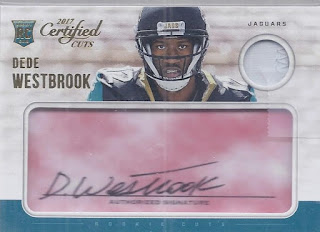 And these are one of the interesting designed hits I mentioned. Often, cut signatures in releases are taken from a cheque. So, Panini kept that motif going for the auto/relics in this. And Dede is probably in the upper tier in terms of signature legibility among the 2017 rookie class. So, bonus!

And there's box 2. Basketball up next!
Posted by buckstorecards at 14:00