This was the only box I actually picked up on Black Friday, along with a tin of 2018-19 UD S1. Googling lead to me to a LCS that was right along the LRT line in Edmonton, so I took a quick trip away from the celebrations, and grabbed something to bust. 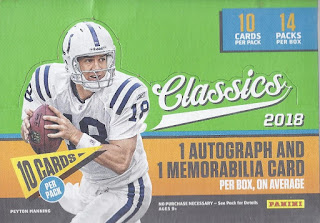 I really like the design this year, with the pennant being sorta 1965ish. 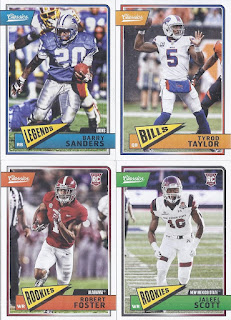 Here's a base card sampler. The set is 300 cards, with the first 100 being active players, the middle 100 being legends, and the final 100 being rookies. I'm definitely within range of completing the set, so I've added the needs to my wantlist linked at the side. 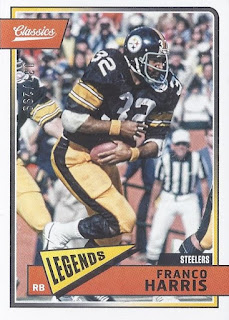 I landed 6 of these /299 parallels in this in addition to the Franco Harris: Matt Ryan, Elvin Bethea, Jaylen Samuels, Michael Gallup and Malik Jefferson. The only difference other than the numbering is these have red backs as opposed to the yellow/orange that the regular ones have.

Some more parallels, with the shinier Von Miller being /175, and also having a red back as opposed to the standard ones on the regular chromium. I also picked up chromiums of DJ Chark and Antonio Brown, and a second /99 card of DJ Moore. 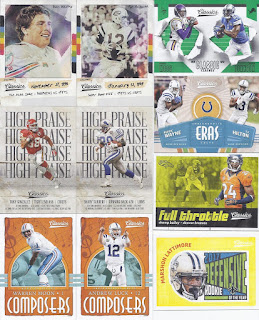 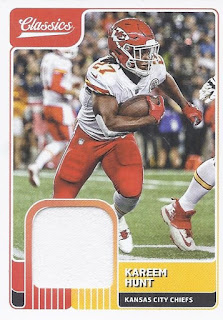 The first hit, is a relic in all its plain white glory. 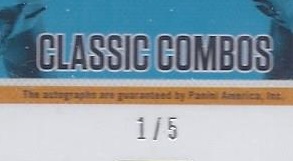 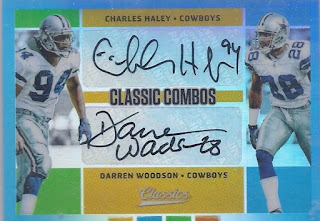 Yup. That's a nice one, especially since there do not appear to be a lot of Darren Woodson autos on the market. And his penmanship is passable. I'd probably like it a lot more if I was a fan of the Cowboys.

There you have it!
Posted by buckstorecards at 08:59