I don't have any.

I said I wouldn't buy much Series 1 UD, yet I walk out of the LCS with a box last week. 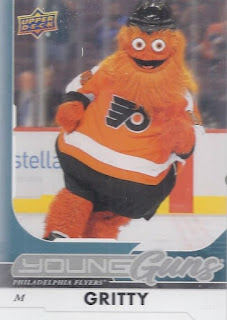 Maybe  I was influenced by the promise of a free bonus card of Gritty. That is an acceptable excuse, right? 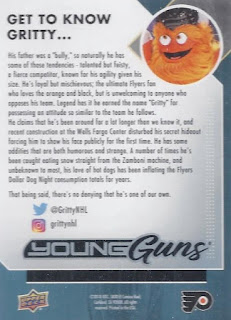 I mean, I really did need to know Gritty ate Zamboni snow, right? 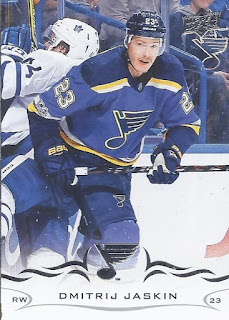 Alright. Onto the box. Here's the base design this year. Not bad, but I wish they had used full bleed all the way through. While it doesn't really stand out here. 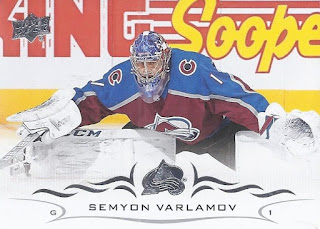 It does look overdone on the horizontal cards. 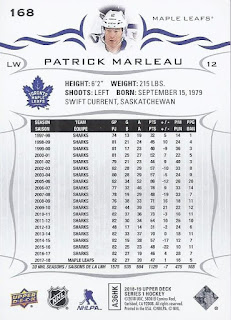 But they do have what looks to be full stats on the back of the card. Unless there's somebody with 21 NHL seasons worth of experience. 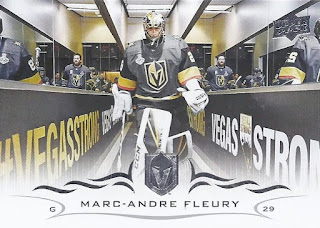 Despite the look being a little more compact, one of my favourite cards in a photographic sense in this was this very dramatic entry card of Marc-Andre Fleury. 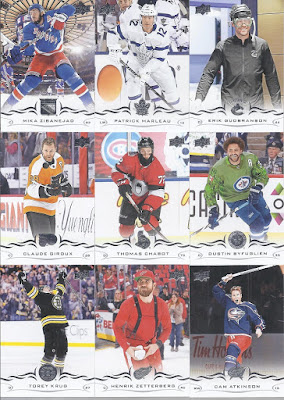 There are still some really nice vertical base as well. There's a couple questionable ones as well. Why is Gudbranson sporting goggles? And given Zetterberg's retirement, that's a little bland photo as a finale, especially considering the greatness of their 2012 Lidstrom finale. Still, there are some nice photos there of alternate jerseys from outdoor games and some nice celebration photos. In terms of framing, my favourite is the Byfuglien. A camo alternate jersey, with a medal-clad veteran watching at rinkside. Just perfect. 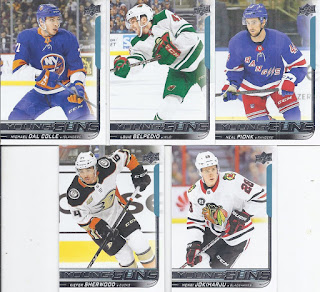 Young Guns are technically base cards, so I'll include them. Not really a big name in this group of 5... 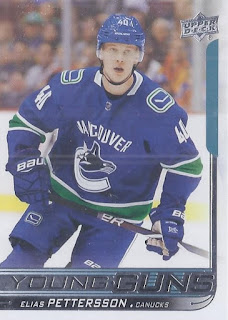 but this is a pretty great pull, which at least should cover the cost of the box should I decide to unload it. And there's still another nice card to come, so don't leave yet! 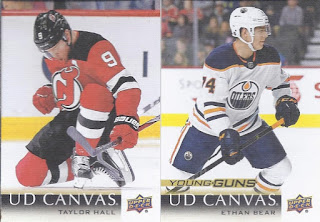 Canvas cards also make their annual return, both in regular and Young Guns form. While the latter seem pretty generic, some of the photos on Canvas cards are upgrades from their base version. 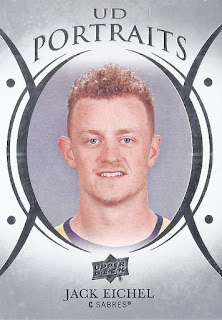 Portraits also make their return. Bah. Way too bland unless they go all early 90's Studio on the back of these. They don't, so bah. 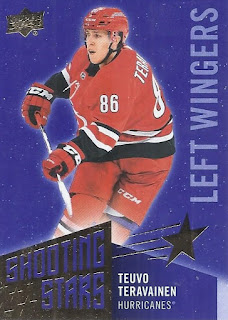 Shooting Stars are back also, although they are scarcer than in previous years, at only one per box. 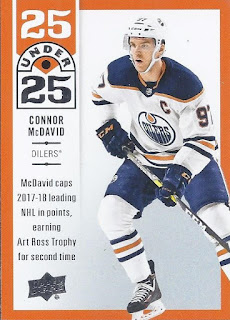 These are new, though. These have a 90s vibe to the design, even if they're just another excuse to make an insert card of young stars. 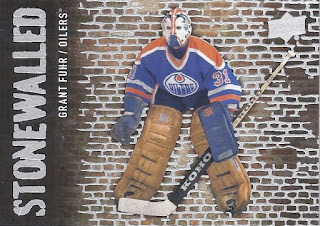 Another new insert set with a simple but effective design, and a checklist featuring a mix of current and retired players. 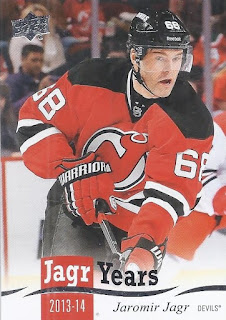 Jaromir Jagr gets a subset of his own, with one card for each year of his career. That would be fun to put together, but since they're available in e-pack form, I'd wait until they become super cheap over at COMC. 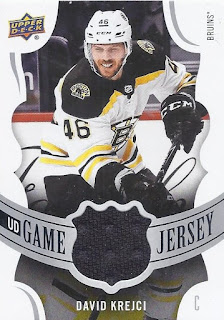 Game Jerseys remain at their level of recent years, at about 1 every box and a half. 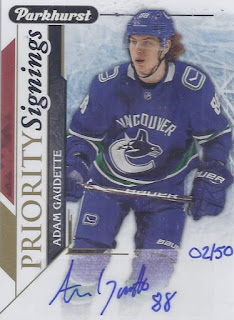 In addition to the Gritty, there was one of the UD black packs from the Expo included as well. While I struck out for autos at the Expo, I did get one here from some leftovers the LCS had. Depressingly, I think Adam Gaudette will likely be in the upper half of this year's rookie class for autograph legibility. 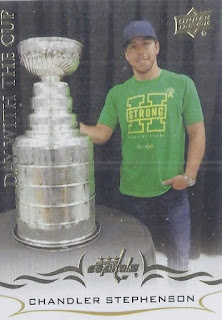 But this was the toughest pull of the break, and my first time pulling one of these. Day With the Cup are usually among the chase cards in the set, and this year they fall at a rate of 1:2000 packs. At 24 packs per box, and 20 boxes per master case, that's 1 per just more than 4 master cases. With the story behind this particular day including a stop in Humboldt, Saskatchewan, this is a really special pull as well,and a certain keeper.

Whew. That's a lot of text and a lot of scans. I think I'll take tomorrow off.
Posted by buckstorecards at 09:54