A short break from boxes for some 2/14 acquisitions. 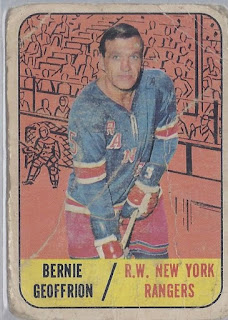 I was able to knock a pair of cards of my not-so-realistic want list at the show, and that's a really great thing. I wanted a vintage card from Geoffrion's time with the NY Rangers and while I'd prefer the 66-67 "TV set" version, this 67-68 is just as good. This is my second card of his from his playing days in the collection, joining a 1960 Parkhurst. 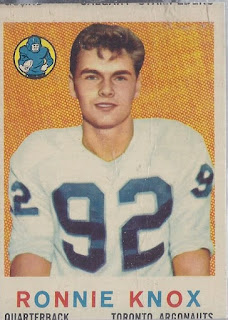 Slightly miscut, but I don't really care as this 1959 Ronnie Knox joins the football collection in his second appearance. He's definitely one of the more interesting members of the binder, and I've rambled about him before. Check that link out, mainly for the fact it gave me an excuse to post about the Batman surfing episode. 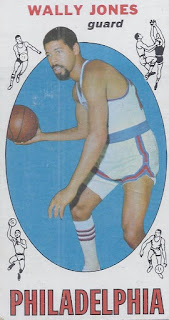 Tall Boy! Off to 1969 for the third and final vintage acquisition. This also becomes the oldest of the basketball cards in my 2/14 collection. 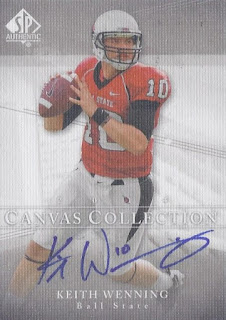 Let's fast forward to this decade, and my status as Keith Wenning super collector. I had his regular autograph from this set, and now I've got the canvas version. 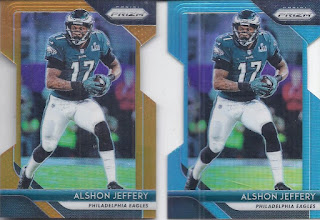 From cardboard from the 60s to shiny die-cut cards of today, here's a pair of Alshons to wrap this post up. The orange is /249 and the blue is /199. Incredibly, I got both these parallels, and completely forgot to add the base version to my stack. Oops!

But there you have it! Back to the box breaks tomorrow!
Posted by buckstorecards at 07:48