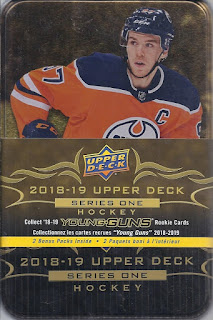 I'll return to repacks tomorrow, but still have one more thing to get to. 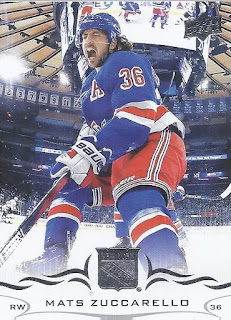 When combined with the cards from the hobby box I picked up, I'm probably about a dozen or so cards away from completing the non-Young Guns portion of the set. If I'm going to highlight a card from the base, why not show off the MSG roof, along with lots of team history in the background? 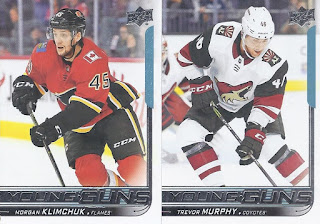 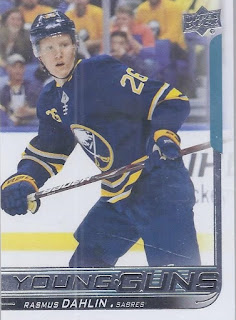 And another one. With both the tin and the box, I've knocked out two of the three big YG cards, with Kotkaniemi probably the third. 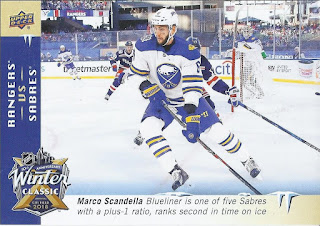 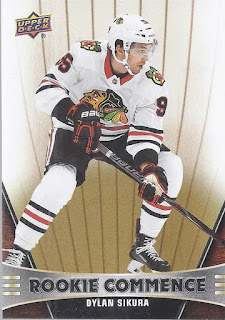 There's also a Rookie Commence insert. That sounds so awkward as a name for a subset. Almost Engrish-y. 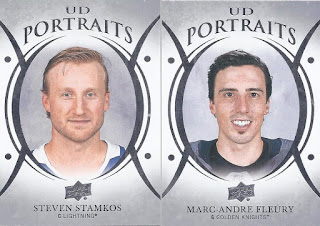 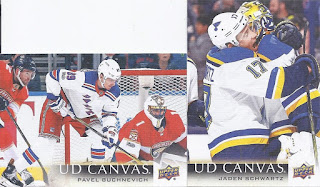 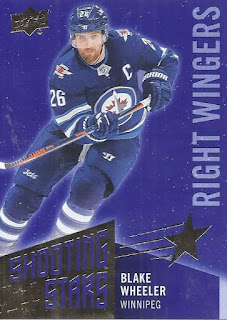 Some familiar insert sets make their appearance as well. The first two were guaranteed, but the Shooting Stars are about 1 in every 3 tins. They are rarer here, like with the hobby boxes. 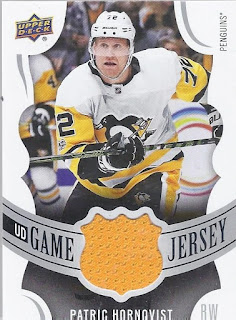 The final card to show off is a simple one-colour relic, but these are also not that easy to come across in a tin, at about 1 in 5. And it isn't a plain white swatch. Still, the hit probably isn't as big a pull as the Rasmus Young Guns.

And that's it for the boxes/tins of November. Repacks. Sweet repacks return tomorrow.
Posted by buckstorecards at 06:33