Hoops Retail? At a Canadian Wal-Mart? 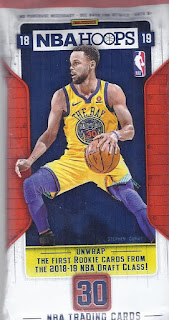 I seriously don't think I've seen any retail basketball on the shelves since Target left Canada. Of course I had to get the pack. 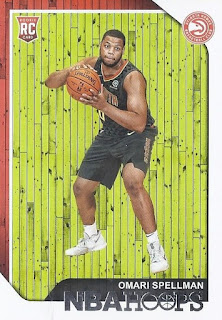 Omari Spellman - First card out is a rookie. He was the last pick of the first round.
Yogi Ferrell
Ian Clark 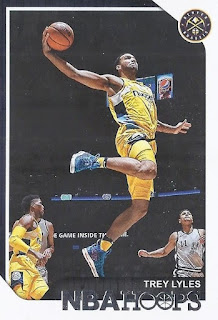 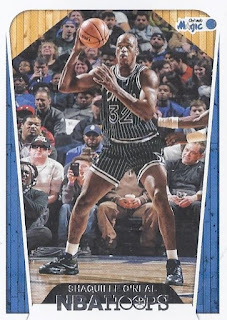 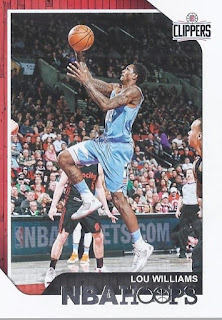 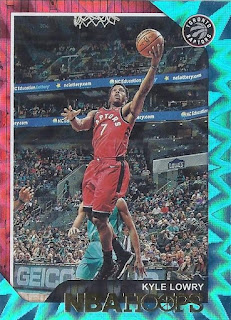 Teal Explosion - Kyle Lowry - I think these Explosion parallels are one per pack, so I definitely lucked out getting a hit for the team here. 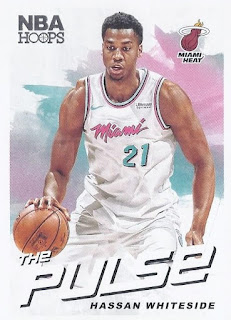 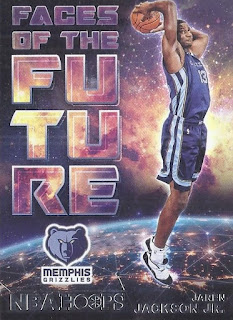 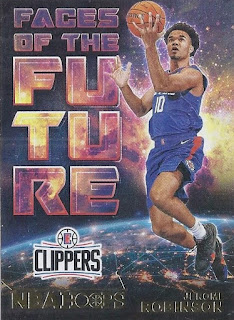 Faces of the Future  - Jerome Robinson - One of these is a Holo parallel. I think it is this one, but wouldn't bet any money on it. 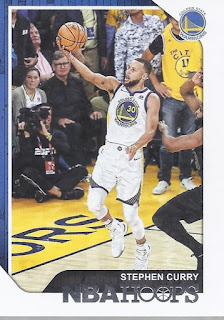 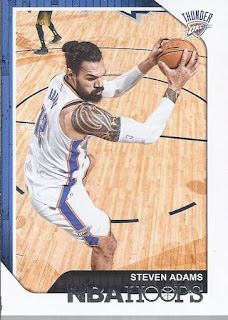 Steven Adams - And the final card I scanned. Such an interesting photo since with the positioning of Adams in relation to the court, it almost looks like a 3D effect has been used.
Eric Gordon
Jayson Tatum
JJ Redick
Kyle Kuzma

And there you go. No major mega-pull here, but I can't complain when the one parallel I do find goes nicely into the Raptors collection.
Posted by buckstorecards at 11:13