Time to switch to hockey, and the Dollarama two-step of a 15 for $1 hanger, and a Surprise bag. 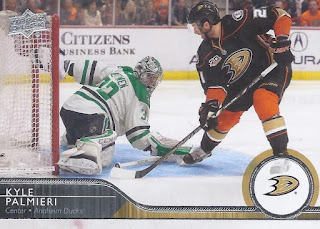 Here's the first visible card in the hanger. That's a great photo, perfectly framed with the puck behind the goalie. 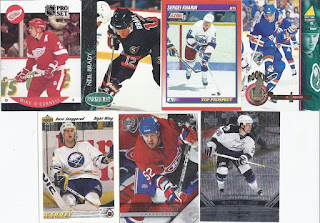 Sens content among the first group of the remaining 7. Brady scored the first goal in the history of the new Senators run. And there's a Lindros rookie. Brett Lindros. 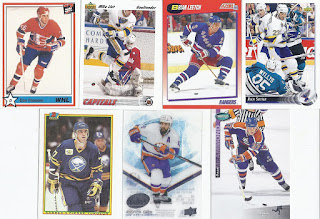 And the other visible card was an entry from Ice. In all its acetate glory. Upper Deck sure loved photos with goaltenders being barreled over. 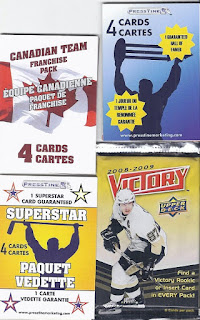 The contents of the Surprise Bag. 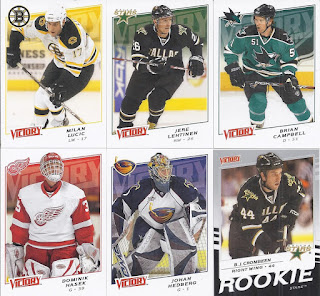 I was surprised I didn't already have that Hedberg in the mask binder collection. Aside from that, a fairly blah pack. 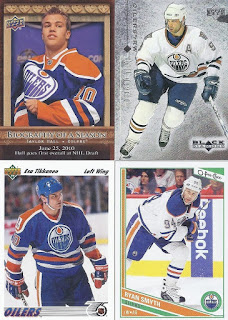 The Canadian pack contained a quarter of Oilers. I've found that Taylor Hall card a lot in repacks as of late. 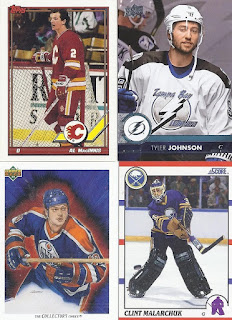 The Hall of Fame repack did add a new Al MacInnis to my collection of Kitchener Rangers alum, but also turned this into Esa Tikkanen hot repack with his second appearance. 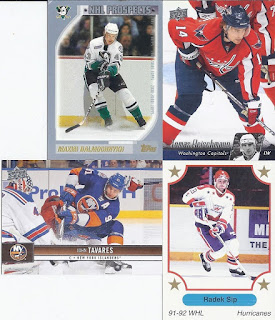 And the Superstar in the pack is the latest saviour in Leafs Land. That's accompanied by a pair of guys I'd never heard of. Balmochnykh played 6 games in the NHL, while Sip's North American experience was a pair of seasons with Lethbridge.

But there you have it! One more repack to go, and hopefully I'll be scanning Expo goodies by the weekend.
Posted by buckstorecards at 08:30