Unfortunately for Ginter, the release of it couldn't have come at a worse time. It came right in the middle of two releases I was and am really excited about - 2015-16 Champ's and 2016 CFL. But, that doesn't mean I can't at least sample a pack or two.

I was actually planning on getting two Ginter packs, but then I saw Donruss Optic's pack... 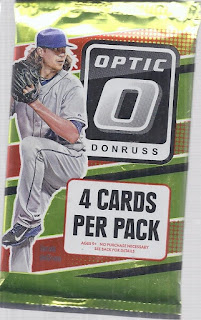 Hey! That's a Met on the packaging! Or at least a New York Baseball Club guy. 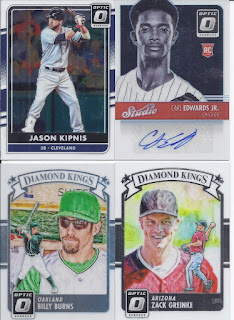 And for one pack, getting an auto is a pretty good score. I've already got an auto of Edwards in my collection, so one of them will be supertraded away in the future. The Burns is also a holo variation, so that's a hit and a parallel in the same pack.

There is one problem with the Diamond King cards, though. 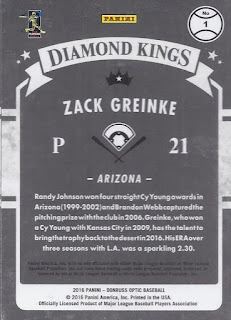 The space bar for the guy who wrote up the backs of the cards only worked periodically. 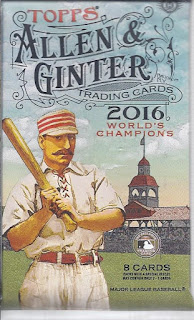 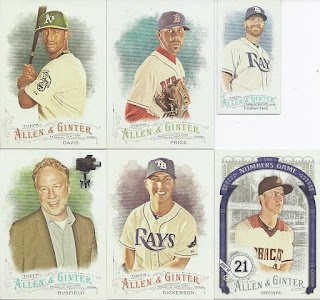 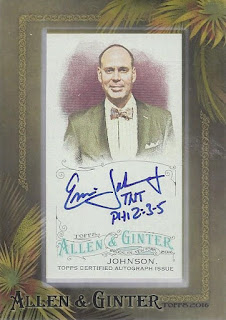 And it is definitely a very Ginter hit. Ernie Johnson is a basketball/baseball broadcaster on TNT/TBS. I don't get either of those channels, so I seriously thought for a bit that the TNT was an abbreviation for "The New Testament", which would have been odd.

But it looks like my ability to pull hits from random packs at the LCS still holds true! I am willing to rent out my services to anybody wanting me to grab packs for them at their LCS. Just pay for my first-class airfare and hotel and I'll be there.
Posted by buckstorecards at 07:20