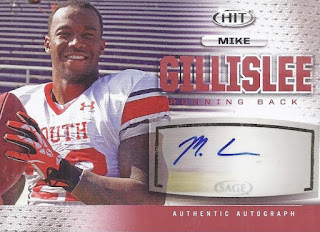 Technically, this is not a Bills card. This could be more accurately described as a Florida Gators card. Or perhaps a Dolphins card, since he was drafted by them and had a bunch of Miami cards in 2013. He didn't really catch on in Miami, and finally saw some action last year as a Bill. He'll probably be the back up at the start of the year in Buffalo, since Karlos Williams was dumbass. 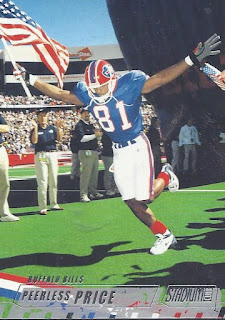 This is another one of those "cool cards I saw while doing COMC challenges". They might as well have used the entry photo, as the Bills went 3-13, and drafted Mike Williams 4th overall. One of the less memorable seasons in Bills history.

And they still haven't played a playoff game since Clinton was President. 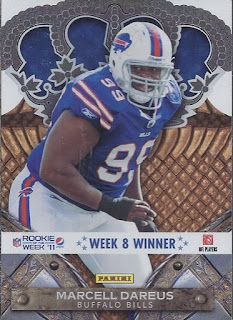 Cool card, although it wasn't die-cut like the regular Crown base. Edit: And, hours after posting this, Dareus receives the 4-game special. I might be on the Bills defensive depth chart at this point. 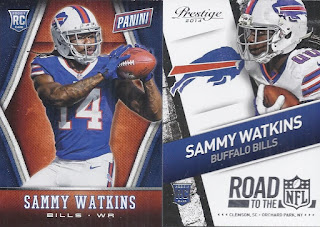 I think I opted for these when I looked at the cheapest Sammy Watkins cards on the site, and these were the ones.

And that's the Bills content. Meanwhile, I'm ready for the season! Optimism! 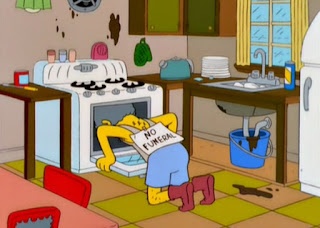 Posted by buckstorecards at 08:56