Two straight days of repack posts? Why not? The Dollarama Two Step means I got one 15 card hanger, and one Surprise Bag. Starting with the former. 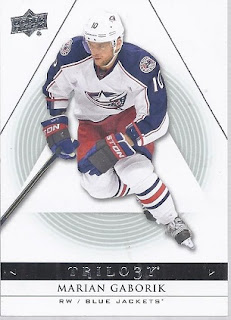 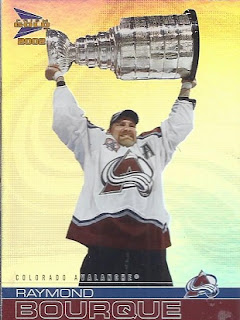 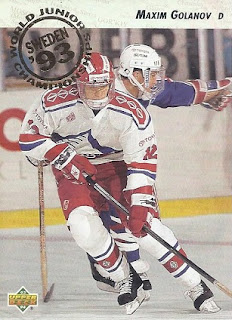 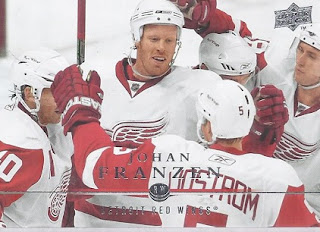 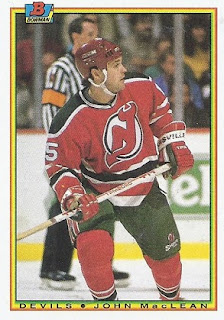 And the contents of the Surprise Bag: 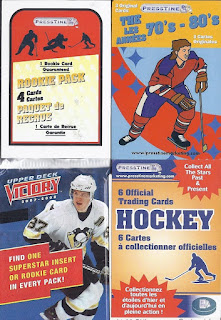 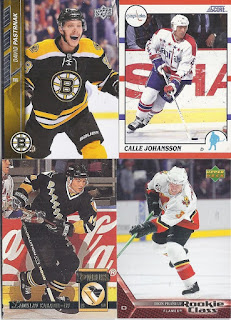 The rookie is Phaneuf. The card is probably in the upper half of rookie cards pulled from these, with the best being an Ovechkin from the same set. Calle is the second 2/14 card in this break, and is also a dupe.

My first 70s card from the 70s pack! "Retired from active playing" is not the most frequent update on an OPC card. Aside from that, the Peeters is a pretty nice keeper as well. 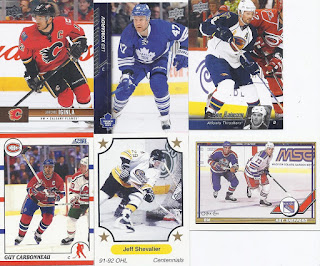 Pretty standard content from the 6-card mix. Half early 90s, half recent UD. 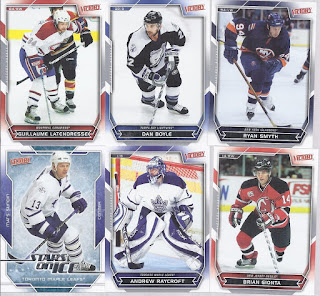 And the Victory pack. Nothing new from the base, although the Sundin is a new insert for that.

Pretty basic break, although anything that would include that picture of Bourque's Cup lift would be really hard to hate on.
Posted by buckstorecards at 08:10