"If you can't stay young, you can at least stay immature."

So sayeth Red Green, and so sayeth I with this post, featuring some silly/funny/strange/cool names from football. 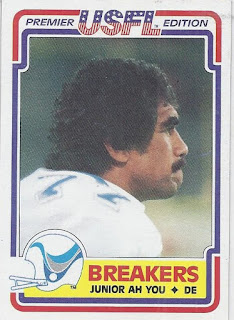 This might the example of the least surprising fact when I turned over the card. Born in Hawaii? I was definitely betting on that general area of the planet when I picked up this card. 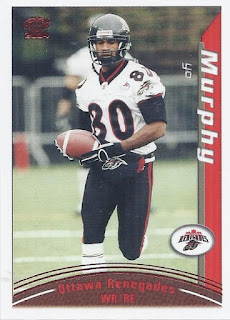 Yo is merely a nickname, as his real first name was Llewellyn. I'd probably go for 'Yo' instead. If for no other reason than to make it easier on sports writers across the planet. And he really did play across the planet, as, as per wiki:

Murphy is the only player ever to play in the regular seasons of the CFL, NFL, XFL and NFL Europe, as well as the only player to suit up for the Super Bowl, Grey Cup and World Bowl championship games. 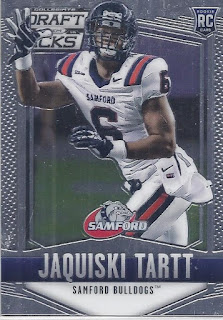 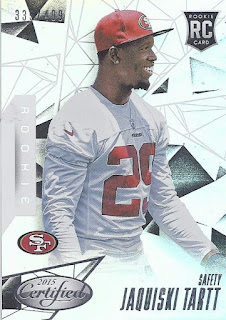 And one good Tartt deserves another, even though the first card is so much greater, if for nothing else than the Samford Bulldogs logo. 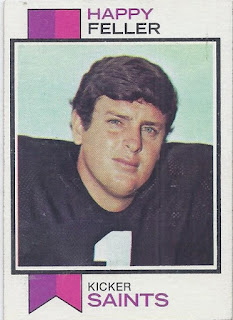 And finally, Happy Feller! He certainly does look pleased with his lot in life. Again, it is a nickname, but Happy is so much better than simple James Patrick.

And there you have it.
Posted by buckstorecards at 07:19