The LCS is having their annual anniversary sale this week. So, I had to pop over and get a couple boxes worth of fun. I opted for 2011 Titanium and 2013 Rookie Anthology. Both are Panini products, so I'm safe if I end up with an expired redemption.

First up, one of my favourite products of the past few years: 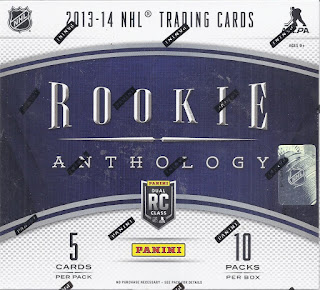 A nice variety of inserts and hits covering various sets awaited. Time to dig in. 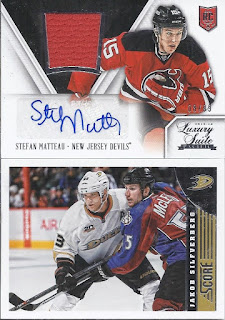 I'm not going to post the base cards, since I've done those in the past. Just the inserts. With the company getting out of hockey after the season, they still had some interesting photos for the Update inserts. As for Matteau, I was a magnet for his cards in my 13-14 breaks. 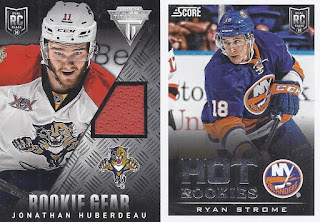 If I'm going to get a card with one colour swatch, it might as well be the then-ROTY. Still, it is a Panthers hit - which, much like with Matteau, I seem to be a magnet for. 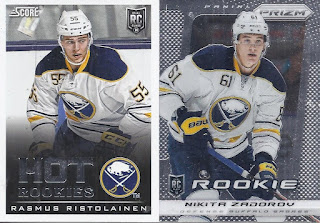 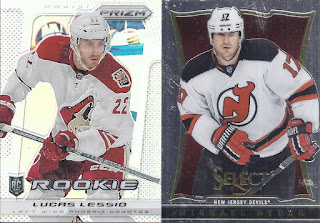 Shiny! Michael Ryder's time on the Devils was something I'd completely blanked on. Despite the fact he spent two season there, and was still getting cards on that time as recently as 15-16 O-Pee-Chee. 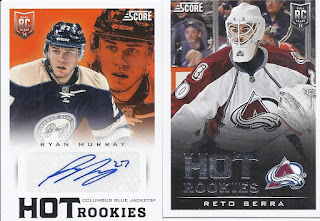 Berra is rocking the "I just got traded" look on his mask. At least someone was nice enough to put a decal on it. The Murray is supposedly a SP'd auto. Either way, nice to add one of a high draft pick.

And there's the first half of the box. Part 2 tomorrow. Or later, depending on whether or not an expected envelope shows up beforehand.
Posted by buckstorecards at 08:44