Back to my COMC box with a handful of new Expos. 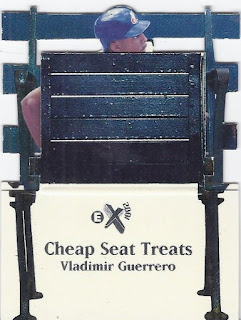 Opening up, this strange die-cut card from 1998 Skybox. The seat portion of this can be pulled down, to show the lower part of Vlad, although mine doesn't align with the top portion at all. The non-Vlad portion of the seat backs are die-cut away. This is your typically odd 90's insert, and a nice addition to my collection. 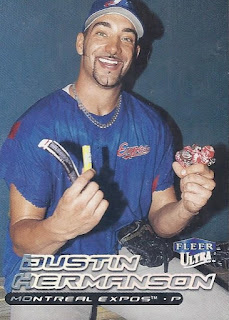 An Expos card that was on my Top 10 wanted for a bit dropped off, as who wouldn't want a card with Dustin Hermanson and some Tootsie Pops? 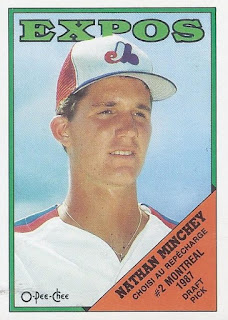 O-Pee-Chee! Draft picks of Canadian teams got extra cards in 1988's release. Nate never played a game for the Expos. He got traded to the Braves, and would finally see the bigs with the Red Sox. 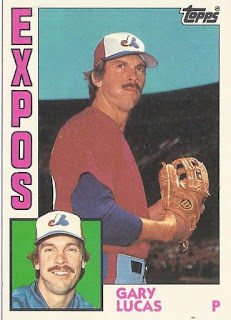 Because I didn't have a Gary Lucas card in my Expos binder, and this one was cheap. 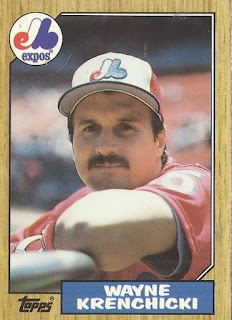 Because I didn't have a Wayne Krenchecki (whose last name tries to auto-correct to Kitchenware) in my Expos binder, and this was cheap.

And that's the exposé!
Posted by buckstorecards at 12:03