Back to my COMC box, with a sampler of football cards within that don't really fit into any other grouping of mini-collections. 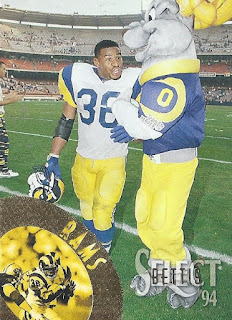 Let's open with a touching moment between a Hall of Famer, and your typically insane mascot. I needed wikipedia to tell me the larger of the two beings was named Ramster, and was apparently dropped in 1996. 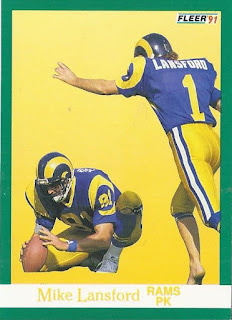 Two Los Angeles Rams card to start the post? This one for the oddness of being a barefoot kicker photo, and also featuring the holder. 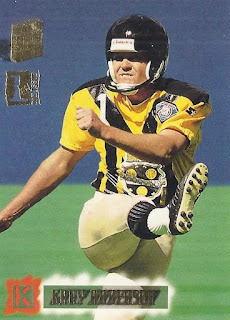 A throwback uniform continues the parade of kickers. 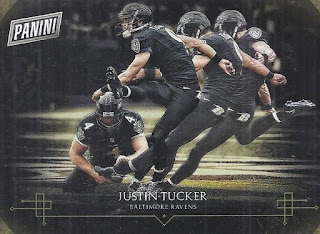 And a throwback concept for cards, as multiple images on the same card makes a return on this Black Friday 2015 card. I'd probably be the only person to be happy about getting this card in such a pack. Mind you, I didn't over last Black Friday, so I getting one on COMC had to suffice. 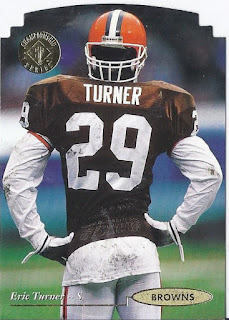 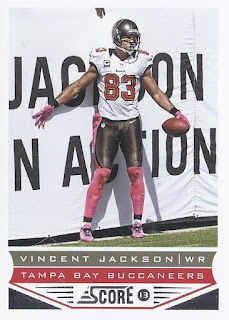 I'm sure it was just a coincidence that Vincent Jackson just happened to go out of bounds right next to the exact spot where a sign was hanging that had his name on it. 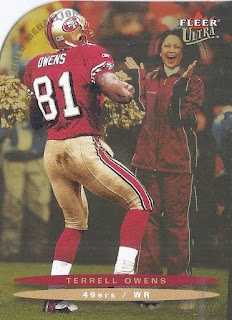 So far, I've used three cards with photos that have not shown the face of the player in question. What an ugly group I must have picked. 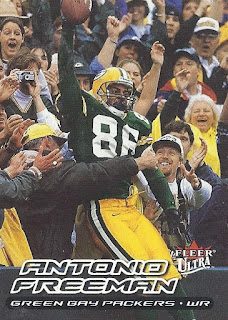 Wrapping thing up, here's a Lambeau leap! While this didn't win the Packers the Super Bowl, I always love an opportunity to link to this:
WOO!

I am disappointed at the lack of cheeseheads in that photo, though. It could have made the card even better.

Posted by buckstorecards at 06:43