I've actually had these sitting around for a few months now, but had yet to get around to posting them. While looking for some other cards, I came across these, which were sitting dormant for at least a couple months. Now seems like a good a day as any. 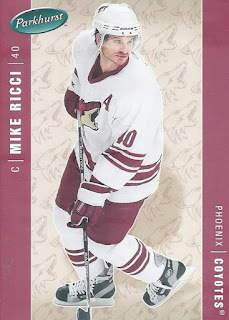 2005 Parkhurst - Mike Ricci - While I'm never a big fan of removing the background from cards, if they background uses the team logo and/or colours, it can save a design. Which it does here.
1990 UD - Larry Robinson 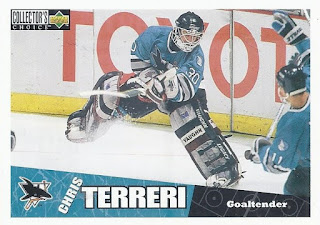 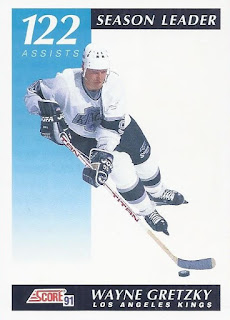 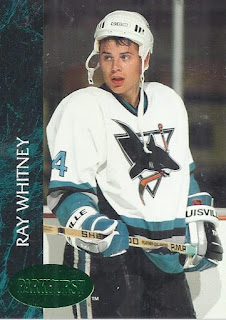 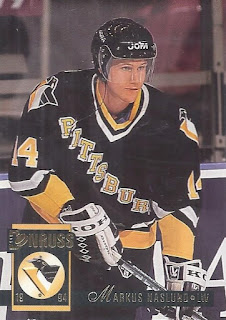 1994 Donruss - Markus Naslund - Despite a couple seasons as a Penguin, seeing Markus as anything other than a Canuck on a card is odd.
1990 UD - Bob Rouse 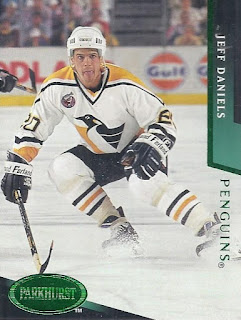 1993 Parkhurst Emerald - Jeff Daniels - A lot of Parkhurst in this pack, including two parallels. 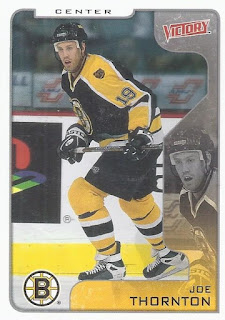 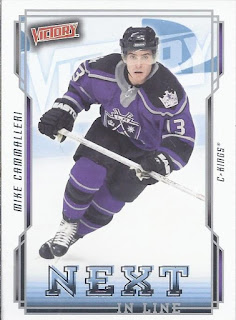 2006 Victory Next in Line - Mike Cammalleri - And the reason I grabbed this was to pad out a future TMM mailing.

Some really nice stuff in this one. Parallels. An inserts. Gretzky. Thornton. No complaints here for the $1 price tag. 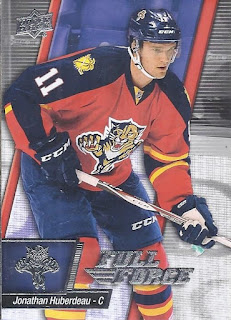 2015 Full Force - Jonathan Huberdeau - I opted for this one just since I kinda liked the base design used.
1990 Score - Mark Lamb 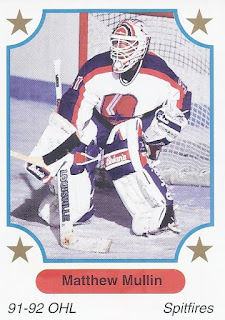 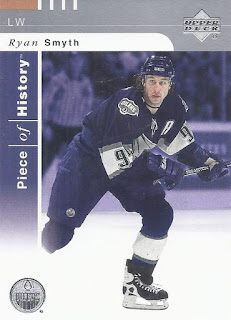 2002 Piece of History - Ryan Smyth - Not the best jerseys in team history, but not too bad considering some other team's 3rds. 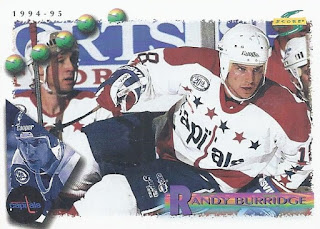 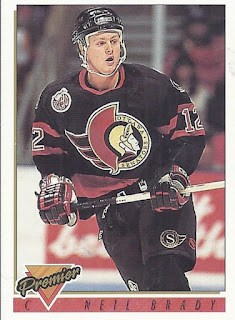 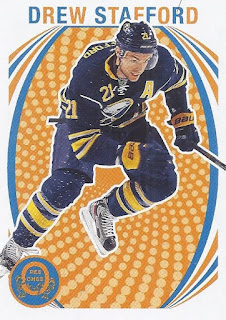 2013 OPC Retro - And ending on one of the more obnoxious parallel set.

A couple keepers from one of these is all one can ask for. An easy victory for the first repack, but enough interesting stuff in these to still make them worthy pickups.

Posted by buckstorecards at 12:39