And now, the 5 other packs in the box. 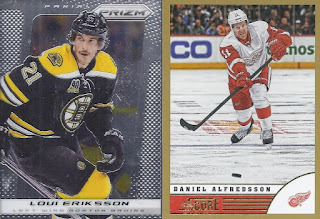 No hit, but I can't complain when I pull a parallel of Alfie from the pack. The gold parallels of the 100 card update set fall at one per box, so hitting a PC addition out of those odds is nice. 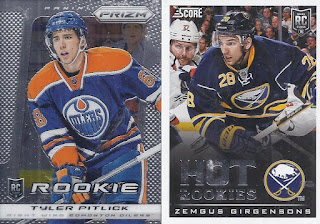 More Buffalo! Pitlick is the son of former Ottawa Senator Lance Pitlick. That's about as close to Senators content in this box. 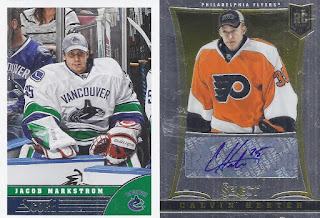 I guess if you like seeing goalies in hats, this would be the pack for you. Heeter has been playing in Europe the past season and a half. 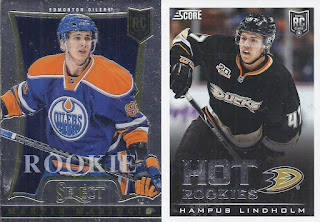 Another pretty blah pack. At least both of these guys spent 15-16 on this side of the Atlantic. 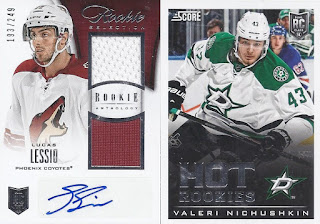 And the final pack coughs up the Rookie Selection. That's not the best of the available cards, but I could have done worse.

Not the best box, not the worst box. Just a box of cards with a few keepers and a few COMC cards. And some trade material as well.

Posted by buckstorecards at 09:04