Time to dent both of my COMC boxes as I go through the Mets cards in both of them. 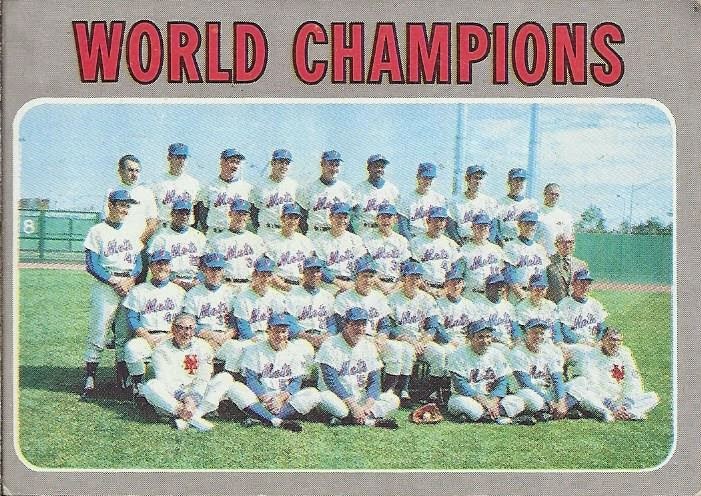 This one was on my top 10 list, but when the price dropped below a dollar, I added it to my card. Nice recycling of a spring training team photo, but I really don't care when it is a nice vintage card of the Amazing Mets. 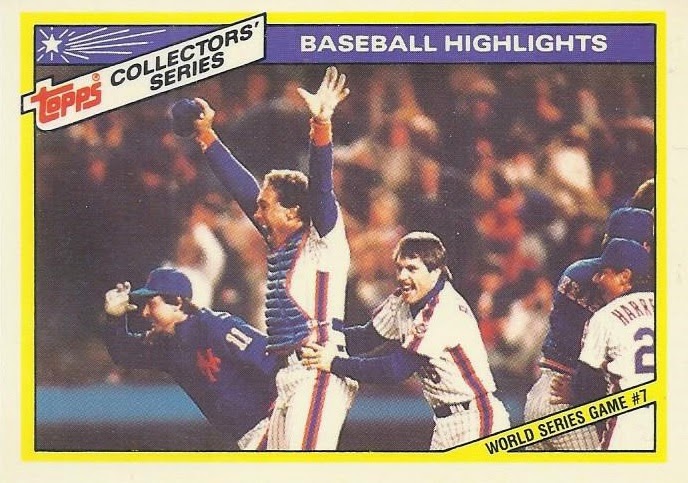 And one World Series card deserves another. 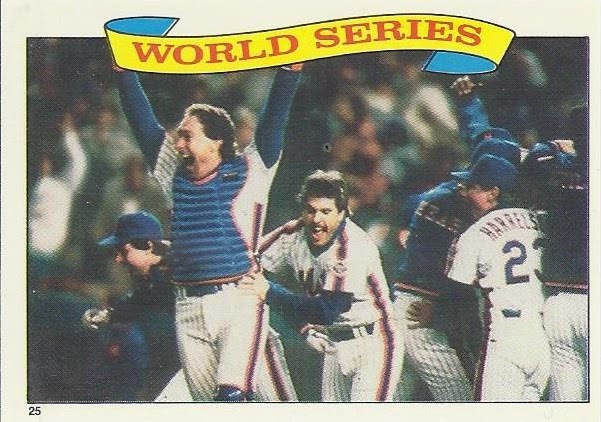 And yet another. This is a sticker, technically. At least the photo is different. How can Topps do this in 1987 and not almost 30 years later? 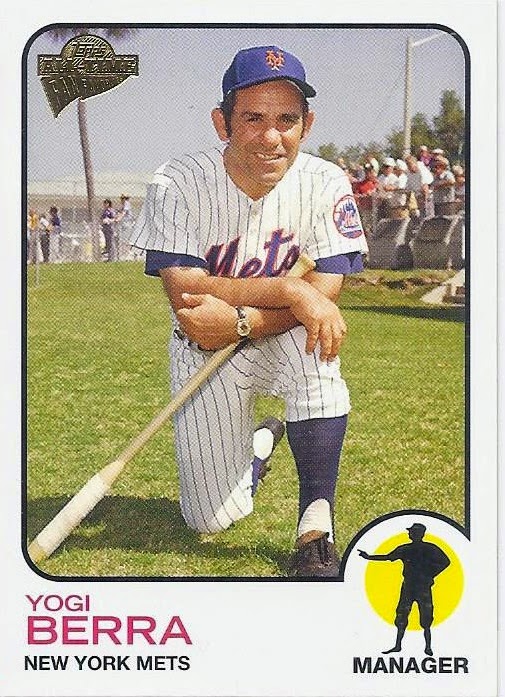 Although I don't think any managers had standalone cards in the 1973 set, I do love how the logo on this Fan Favorites card has the same look as the one on the original '73s. More spring training photography as well. 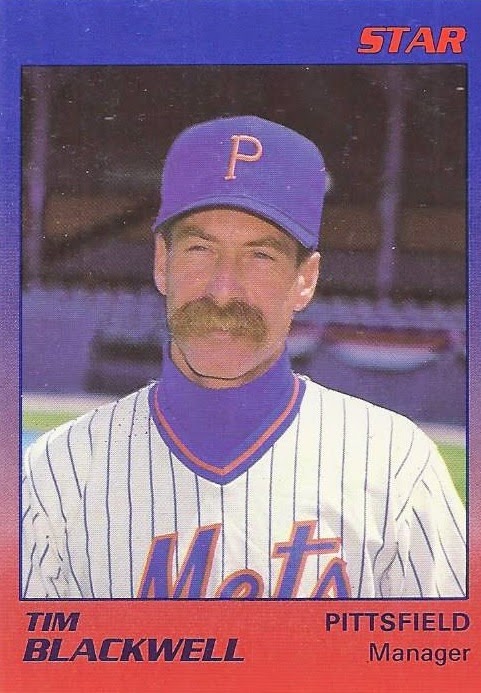 And amazingly, looking through some of Tim's other cards, this might be one of his tamer entries into the facial hair Olympics. 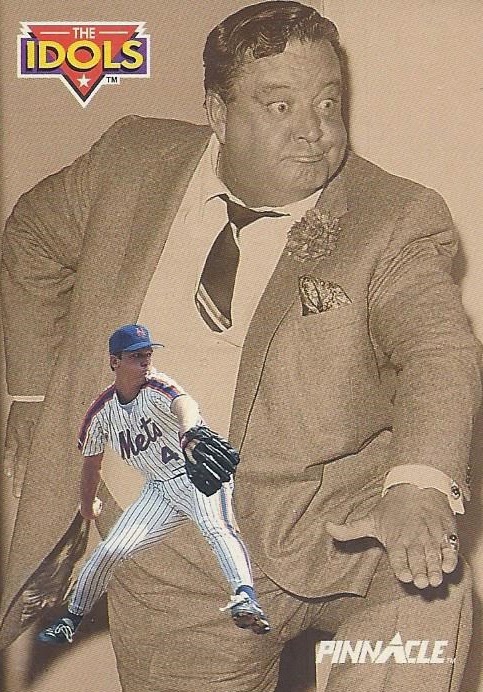 Here's a card with David Cone and Jackie Gleason on it.Why? Why not?! It is interesting to have one of those idol cards where the idolized is not a baseball player. 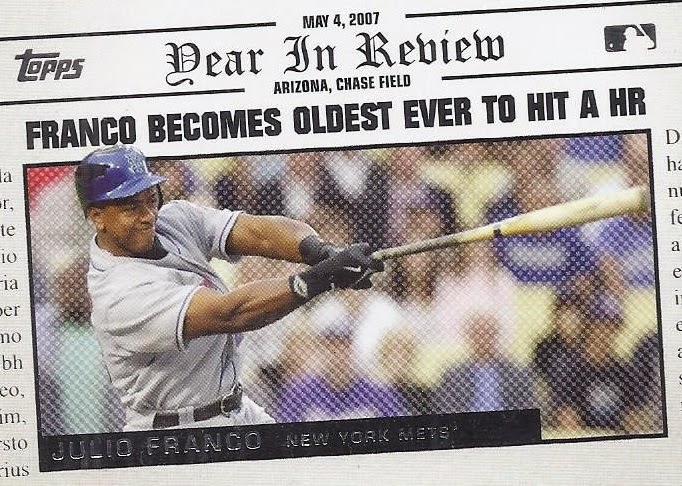 When the Blue Jays hosted the Mets later on in this season, this little factoid flashed on the Jumbotron at the Dome. That prompted a child within my earshot to yell "That guy's older than you, Dad!". It is amazing how these things stand out years later. 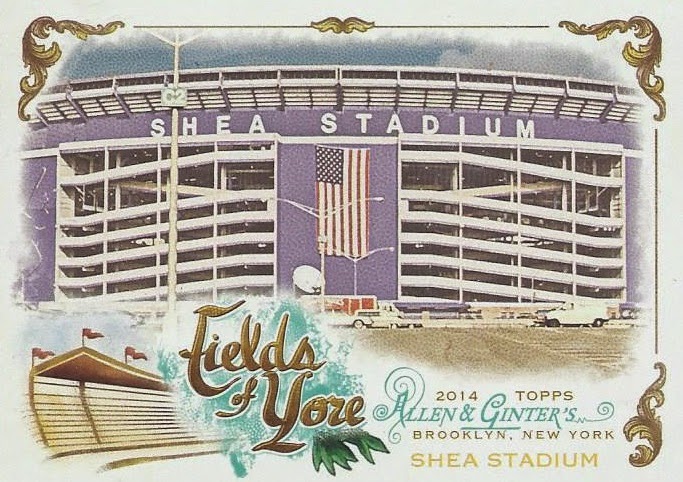 Much as I love the place's ties to the Mets, I really don't think it qualifies as a Field of Yore. Now, if the Polo Grounds were part of this subset, I could go for that. 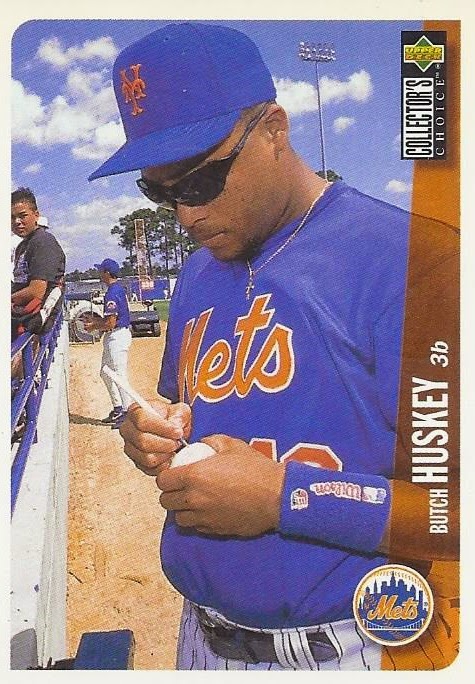 And to wrap it up, here's Butch Huskey signing an autograph. Just because.
Posted by buckstorecards at 17:43