I've come to the unfortunate realization that whenever I do a basketball post, it tends not to get a lot of views. But, since I really don't get paid by the click, I don't care. I just want to show some new cards for the binder.

Such as goodies from a pair of case breaks. 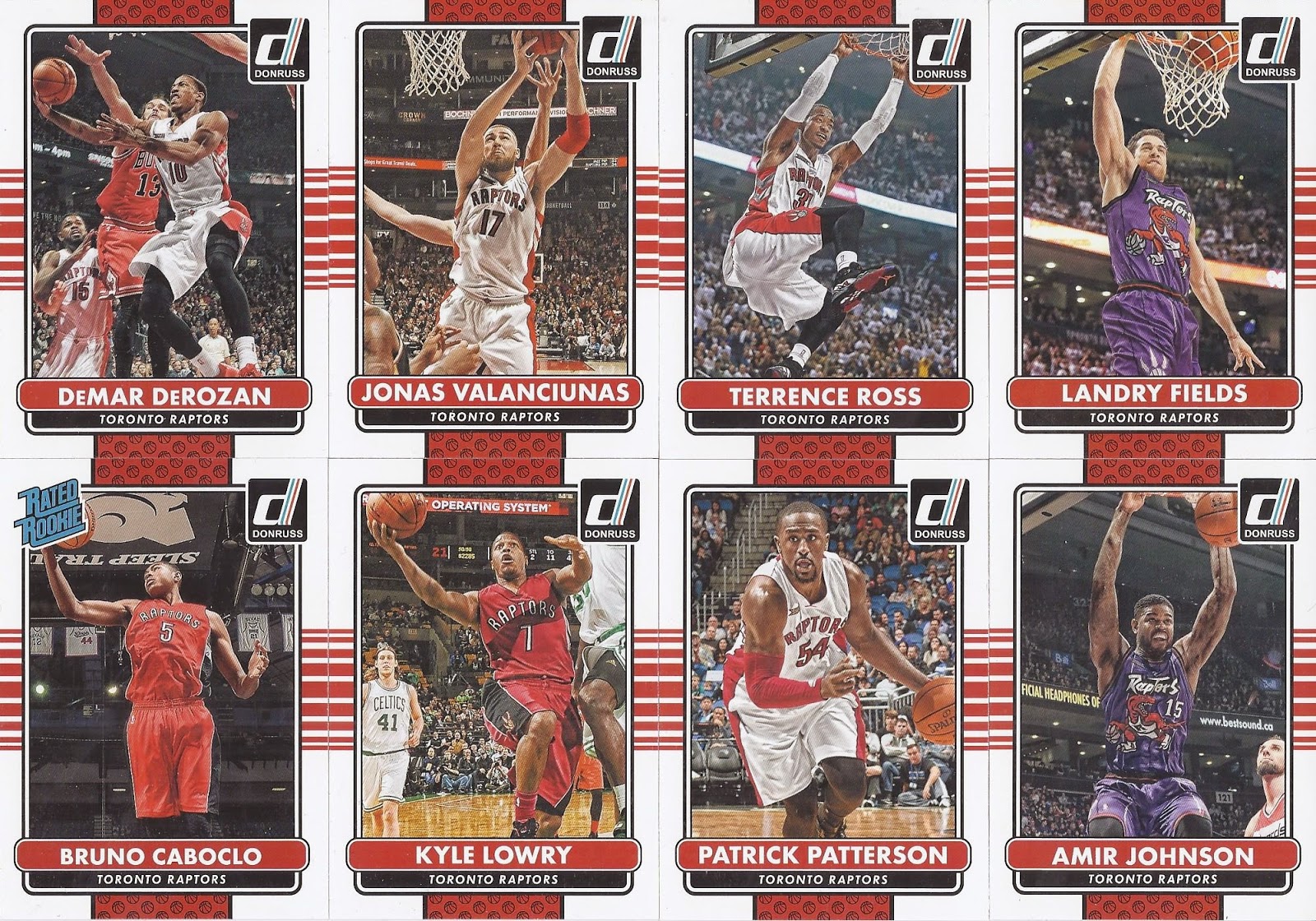 Such as stuff from Donruss. There is interesting collation in the base cards. I'm not sure if the Bruno is a base or one of the SPd rookies. Not counting that, these varied from 3 copies of the Lowry base, to 7 of the Ross. While the big photo winner goes to the dunking photo with Ross, I must give honourable mention to the return of the dino uniforms, and therefore using photos from the early part of this season. It is also nice to add a Patrick Patterson base card, since my only card of his was a 1/1 plate prior to this.

I struck out on the parallels, so off to the inserts! 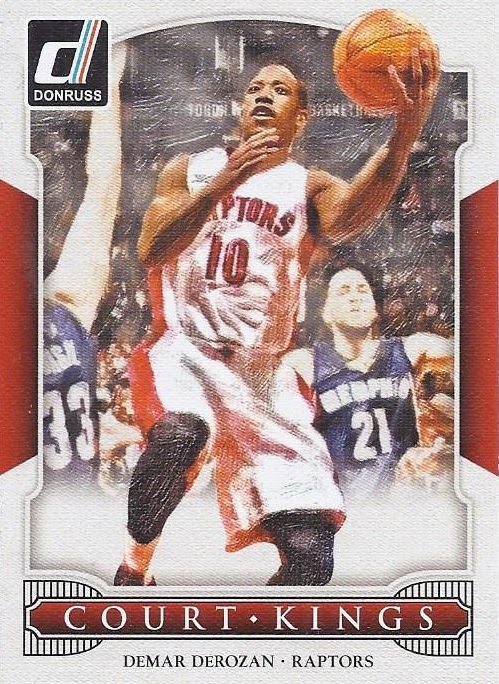 As I said when I sampled a pack of Donruss, I love the Court Kings inserts with the matte finish and the slight photo adjustment to make it look like a painting. 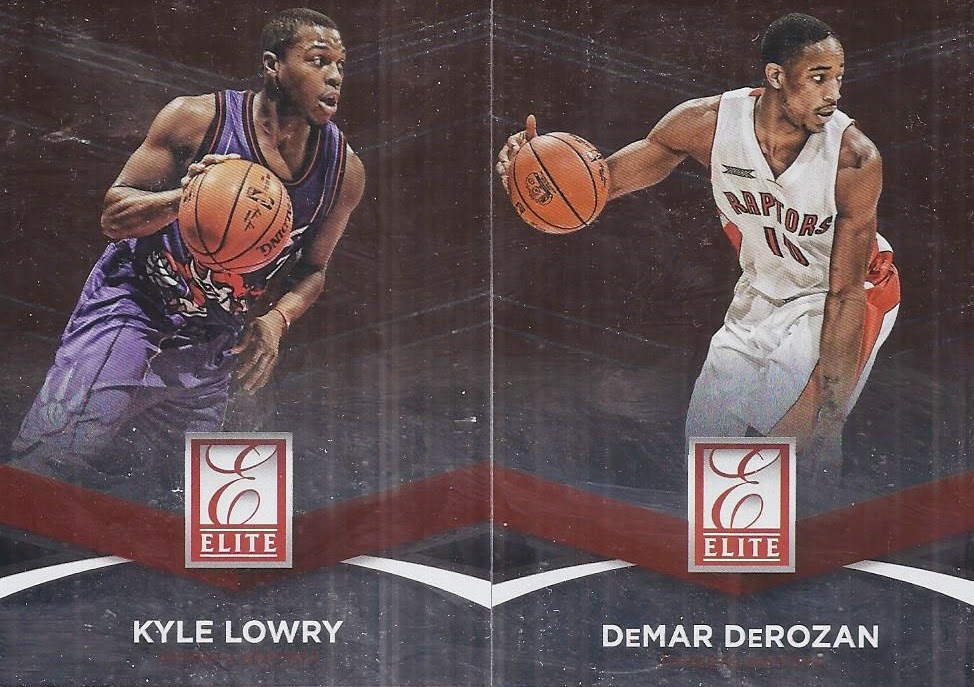 Shiny inserts! And more of the dino uniforms. There is also an appearance of their sleeved camo jerseys on the Dominators insert, but I didn't luck out enough to get one of those. So, I placed it on my most wanted list. Sorry, Charlie Simmer. You'll return soon enough. 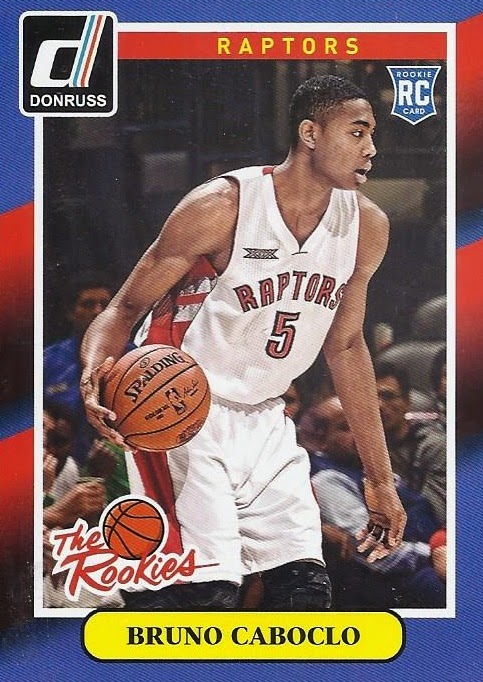 I've been accumulating quite the collection of Bruno Caboclo cards. This might mean something if he does really become the Brazilian Kevin Durant. If not, at least he's a Raptor, and there will always be the fact his first points were off a highlight reel alleyoop. 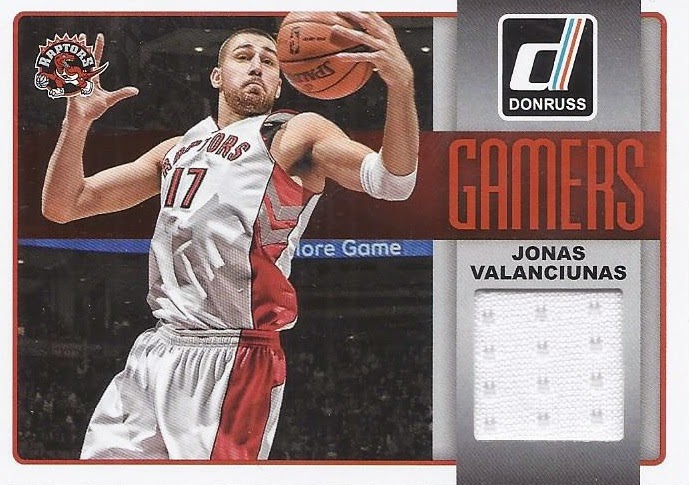 My only hit from this case was this Jonas relic. While I'm not a fan of the plain white swatch, most of my Raptors swatches are red, so it is nice to add a little more variety to the colours among them.

And now for the second case. While the first added some volume to the binders, I was hoping for a nice hit or two from Gold Standard. 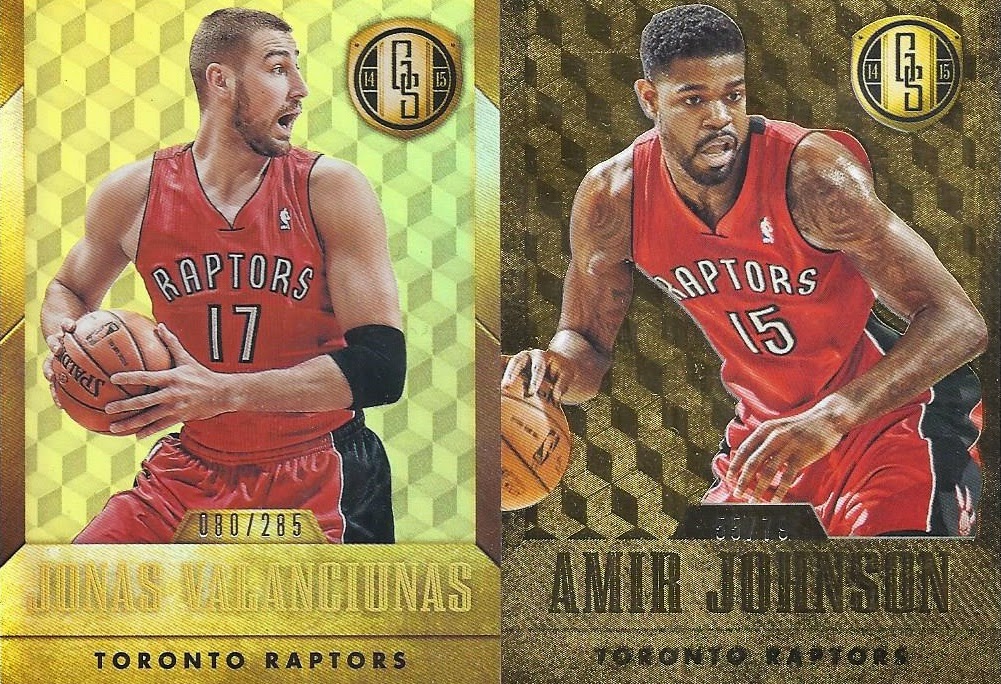 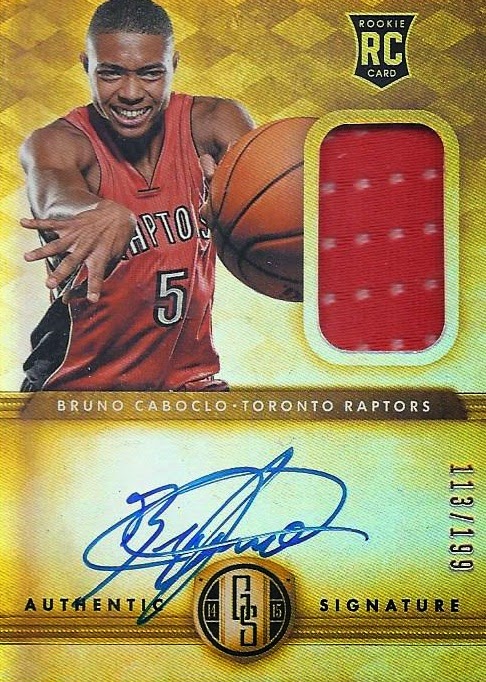 And the only hit of the package. But this is my first Caboclo relic and my first on-card autograph of his. His auto looks a lot different on-card than with the sticker, but that might be just because he added the B and a giant loop to the 'just the last name' thing that was on the stickers. 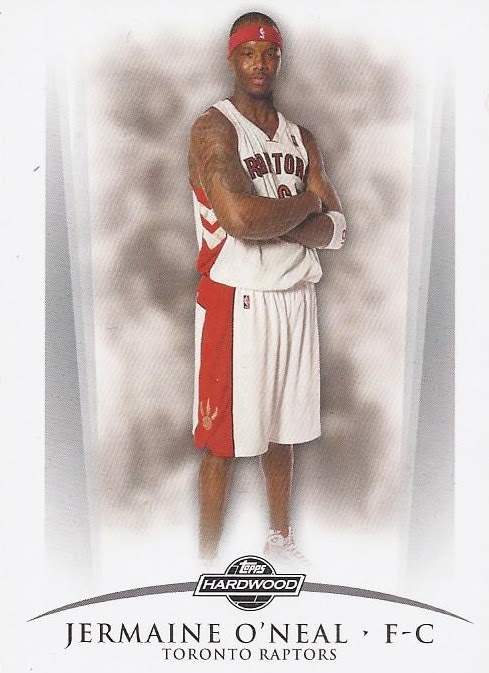 From my latest COMC package. The only Jermaine O'Neal Raptors card I had was one of those "now with" type cards. I might as well add one with him in a Toronto uniform. This one was the cheapest of the bunch. 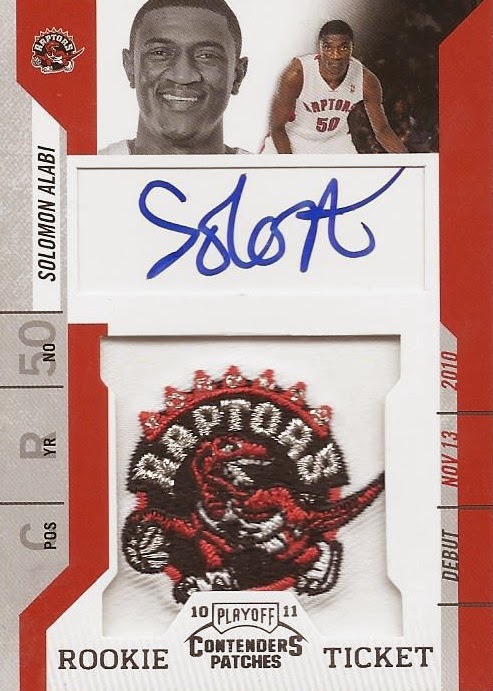 And the other COMC card was this one. I just wanted the manu-patch, but having it come with a sticker auto is a bonus. He only played a handful of games over two seasons, but I like those autos as much as ones of the stars. It is a Raptors card, after all.

And there we have it. Back to something else tomorrow.
Posted by buckstorecards at 13:23