A card I had actually been anxiously awaiting has finally shown up. This: 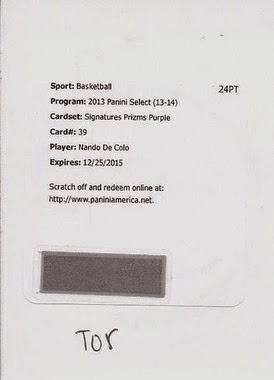 has turned into this: 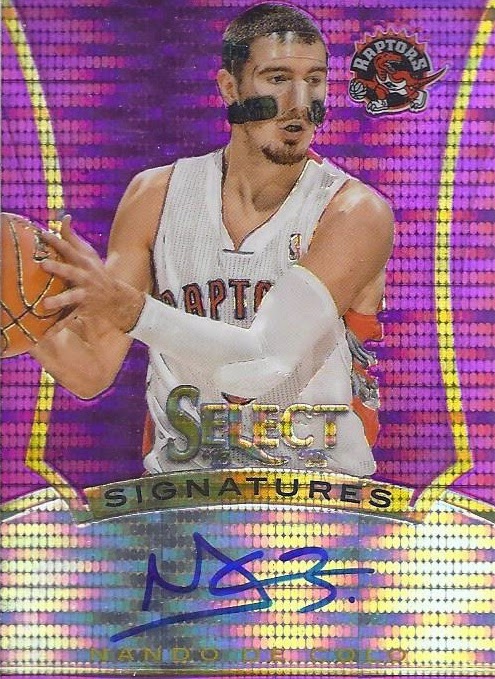 This is a major addition to my attempt to collect at least one card for every member of the Toronto Raptors who has had one during his career. This, as best as I can tell, completes things up to the end of last season. Out of this year, only Lucas Nogueira is a newcomer whose card I need. He has several rookie autos out there, and I'm just waiting until they drop to a more reasonable price. As for this one, this loud beauty is numbered to 25/99.

Nando's were much harder to come across on the secondary market, despite having appearances as a Raptor in a couple sets.

Either way, welcome to my Raptors collection, Mr. De Colo. I love all the cards in there, especially ones of players who didn't spend a long time in Toronto.
Posted by buckstorecards at 05:39