Although I'm not as excited about this as last year due to the design, I'll still try a some packs. In this case, 3 from the LCS, since I'm fairly certain I won't be seeing much of this in a retail environment. 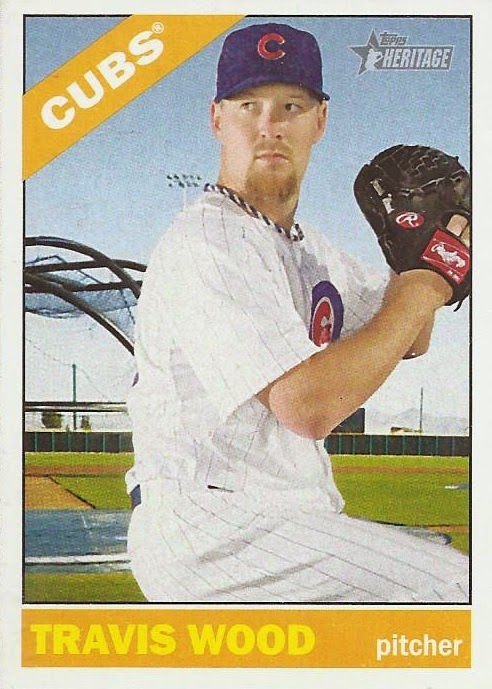 And here's my first card out of Heritage. And it is kind of an interesting one photo-wise, as the position of the necklace with the lights perfectly placed in the background makes it look like it is swinging in the breeze. Hey. You take what you can get from a set like this that isn't exactly known for photography choices. 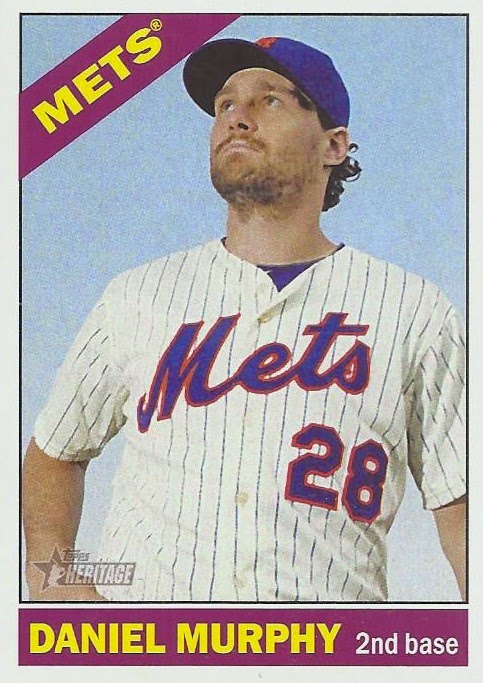 No hits or numbered cards or anything of that nature from those 3 packs. So, I have to look for additions to my personal team collections to save it. 1 Met will help.

But that is dwarfed by a trio of Blue Jays, even if 2/3 of them are photoshop specials. I do like the casual dugout photo for Dioner. 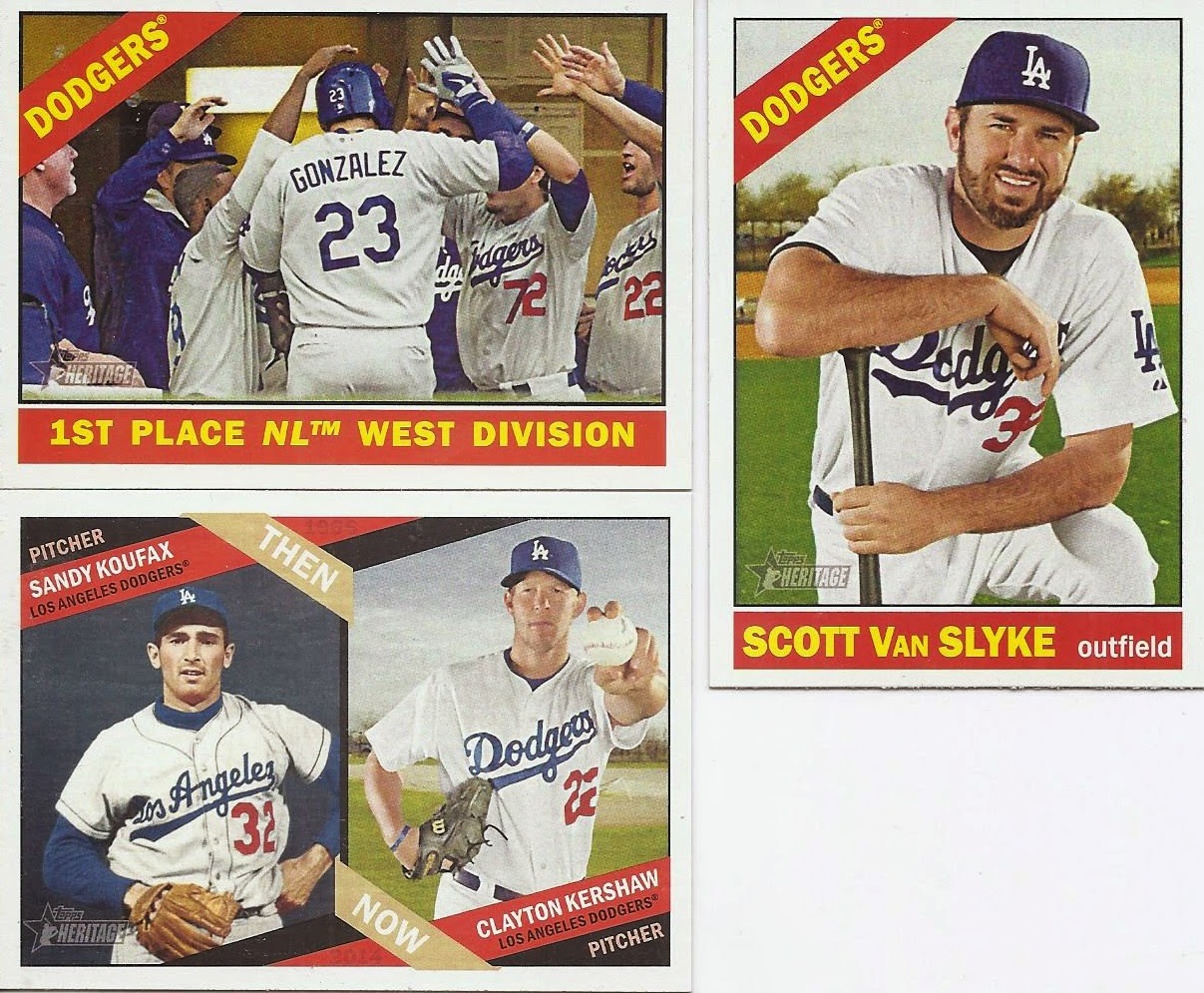 But Toronto wasn't the only team to fall at a rate of one per pack. That really isn't great collation, even if one of them is an insert. 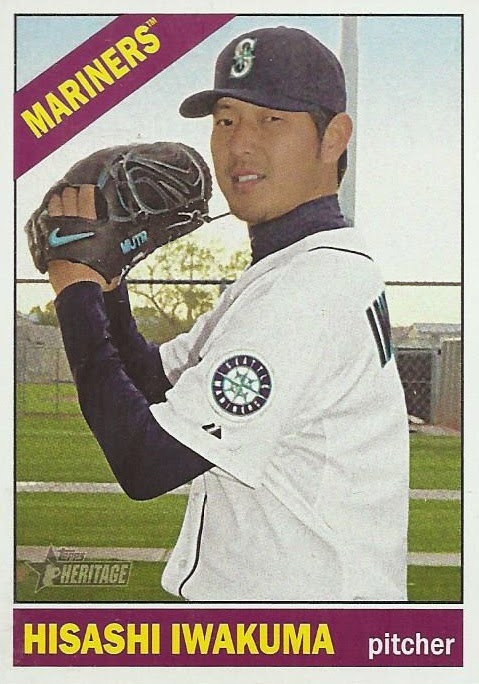 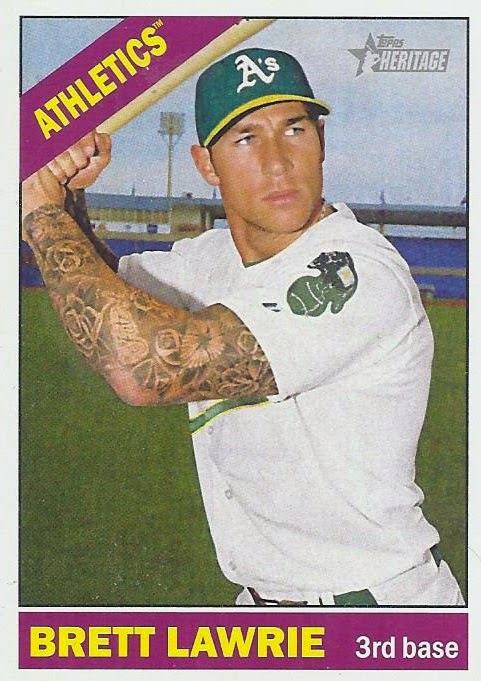 And the worst photoshop job of these 3 packs goes to this Brett Lawrie. There's something about the elephant logo that just seems off. Beyond the fact that it obviously wasn't there in the first place. 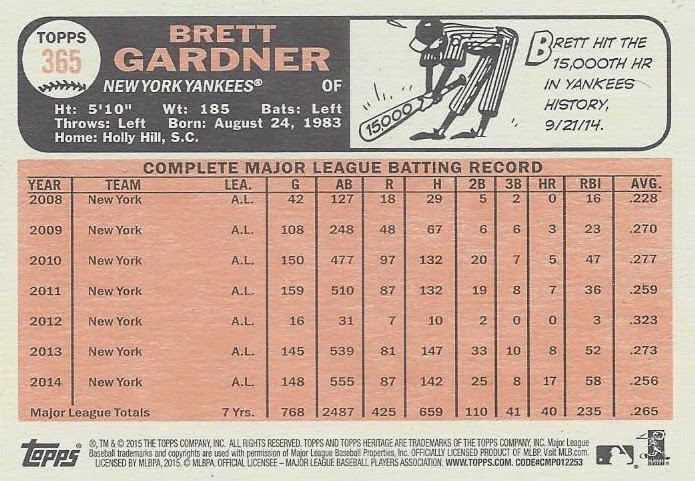 My favourite cartoon? This, for nothing more than that Yankees factoid that accompanies it. 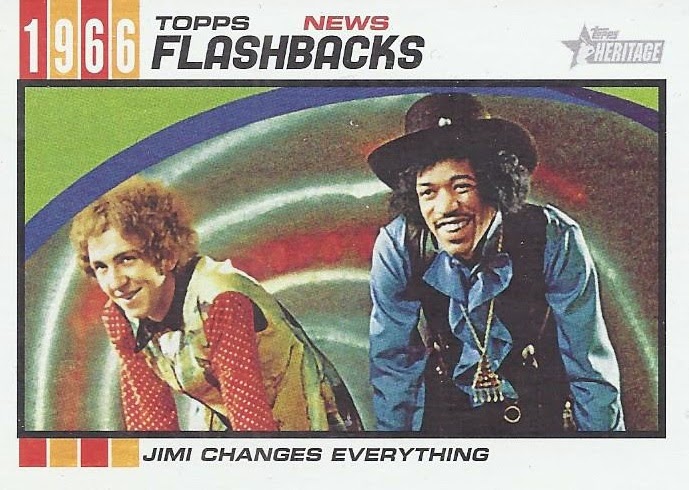 But I think this might be my favourite card in the packs. It is the 2015 equivalent of the Rolling Stones card.

While I think I might pick up a pack or two here and there throughout the year, I'll probably not chase more beyond the PC guys. Both 2/14 babies are in this set with Tyler Clippard and Derek Norris...
Posted by buckstorecards at 15:08