Just one card for a post today, but it is a really nice looking one. 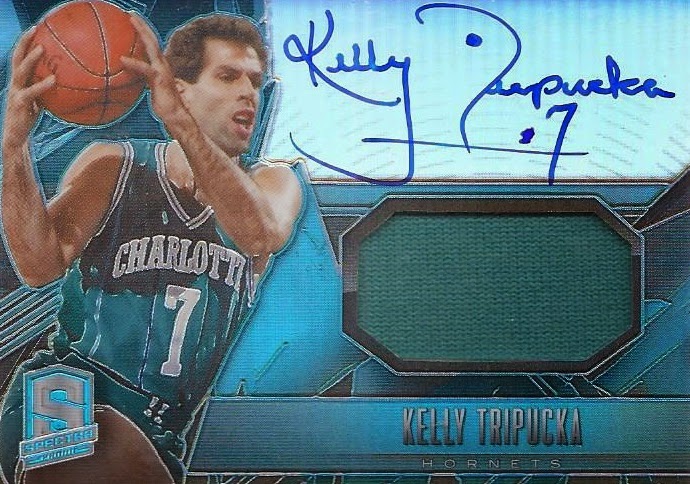 This might be the best example of what an auto/relic card should look like. The swatch is not a plain white one, and perfectly shows the team colours. The uniform worn by the player in the picture is the same style as the one on the swatch. The autograph is large, very legible and on-card. In fact, in a subset with some of my favourite penmanship guys (Glen Rice Sr, Fat Lever, Kenny 'Sky' Walker), this might be the clearest of all of them. And it includes the number of the player, which is the same as the one on the jersey.

I'd also compliment the design matching the team colours, but that's just because this is the light blue parallel in the subset. 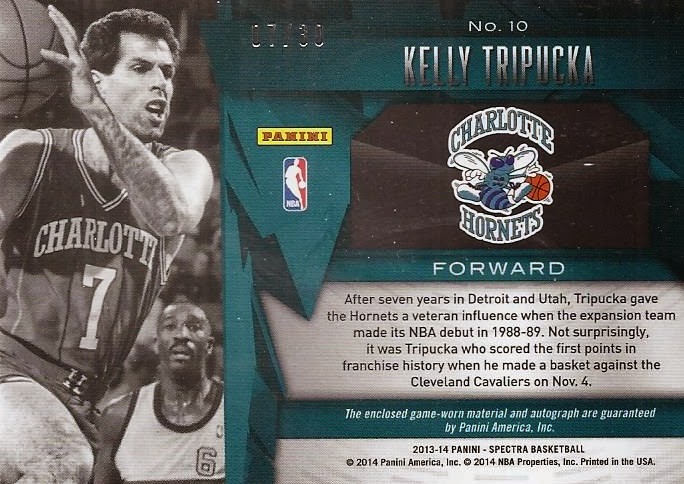 My sole complaint is the re-used picture on the back, but the logo is the appropriate one for the photo used, and on here, despite the parallel, the colours remain consistent and match the team on all of the cards.

The only way this could be better is if this was a Raptors card, but they really don't have memorable penmanship in their team's history.
Posted by buckstorecards at 12:07