As I wrote when acquiring some of the rookie Raptors out of Contenders draft, the one benefit to this season being really about Zion is that teams that aren't the Pelicans can be picked up inexpensively in team select group breaks. And that's what I did with recent breaks of Hoops and Certified. 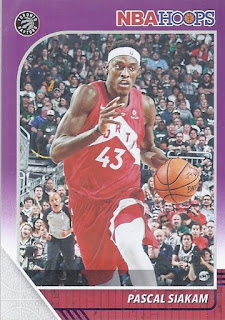 There was a lot of base cards in this, so I'm really just going to cover inserts and parallels as I go through this. This purple parallel is the most common in the Hoops boxes, and I landed one of the Raptors superstar. 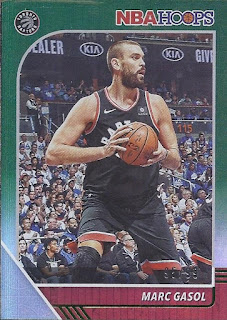 This green was the only numbered base parallel from the Raptors. 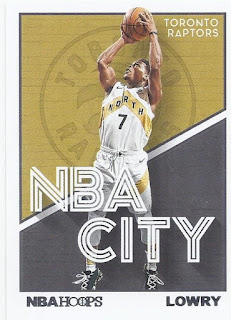 The 'City' jerseys get highlighted in that insert, and I really like how the background of the card matches the colours on the jersey. 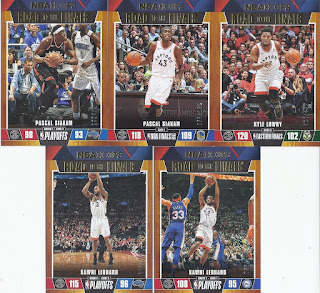 The big draw for me in Hoops was the 'Road to the Finals' inserts. There's one for every game in the playoffs, with the card listed for the winner. They drop in print run as the playoffs go on, and I got at least one for every round. The usual suspects appear. 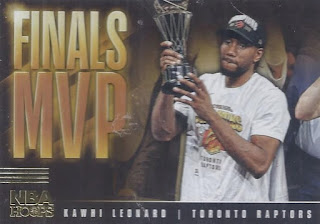 This is also part of the RttF insert set. These aren't numbered, but are SPd to about one per case. 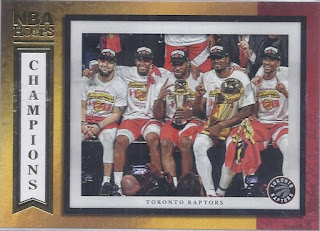 Also part of the RttF is this. Like the Kawhi card, these are not numbered, but are listed as being SSP'd. All of these are sweet additions to my collection of cards celebrating last season's victory. 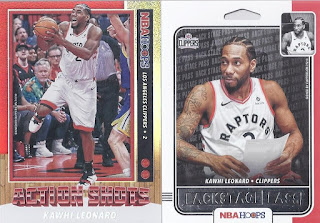 I also bought the Clippers spot in this, hoping to get some Kawhi cards where he's still pictured with Toronto. And sure enough, there were a couple. 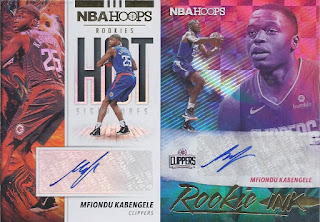 But I did land an unexpected bonus for my Canadians-in-the-NBA collection, with this pair of autos from the first rounder. 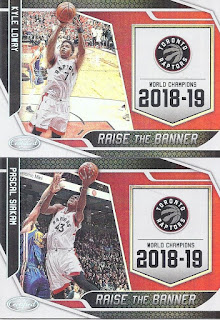 Are there more Championship themed cards in Certified? Of course! 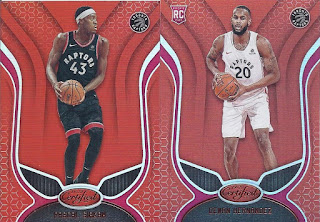 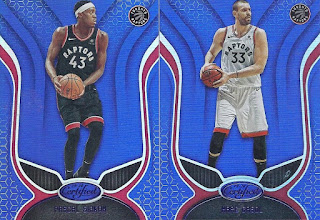 Here's some of the colourful, albeit unnumbered, parallels as well. Rookie Dewan Hernandez makes his first appearances in Raptors colours, but I'm really hoping that Terence Davis starts showing up in sets sooner rather than later, as he's become the far more interesting rookie on the team in the early going. Still, there's some more Siakam.

And there you have it!
Posted by buckstorecards at 05:41