Last weekend was a Dollarama hanger bag, this week is a pair of Dollarama Surprise bags. 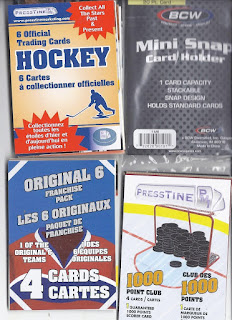 Your contents within. Both contained similar groupings of 3 repack items and a container. 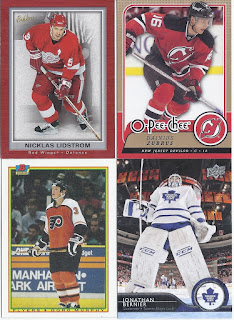 Despite the familiar appearance of 1990 Bowman, the content in the 1000 pt pack was pretty nice. I really like how the border change throughout the Beehive release to match the primary team colour, and it looks really nice when matched with the dark uniform. That Bernier photo would look so much nicer if it was a Flyers goalie, though. 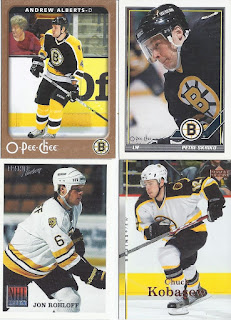 That's definitely 4 cards of an Original 6 team in that pack, even though none of the players are among the first you think of when you think of the Bruins. I do like the obscurity of Alberts and Rohloff in the overall scheme of things. 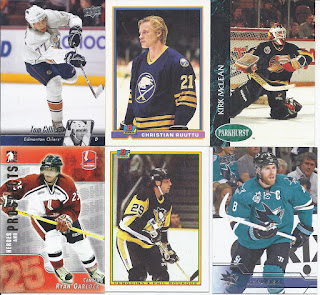 And that's a pretty random grouping from the miscellaneous pack.

There you have it. The Lidstrom is the big winner here, but what will the other Surprise Bag hold?
Posted by buckstorecards at 04:30