As this post goes live, I'll be making my way up and down the aisles at the Toronto Expo. So, in the meantime before I show off the spoils, here's stuff from a repack cube. 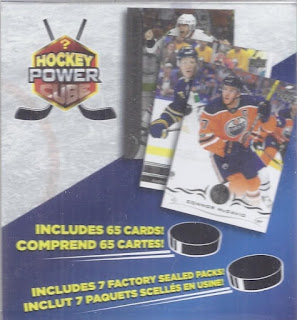 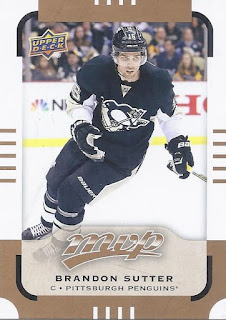 My favourite card in the whole repack came out of the MVP pack. A 2/14 card, but amazingly enough, a low-end 2/14 card that I didn't already have. Although because their e-pack versions are cheap, I probably have the parallels already. 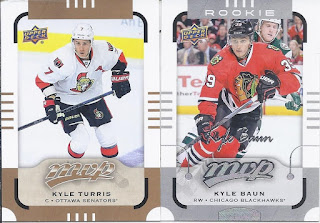 Throw in a Sens card and a silver sig rookie, and that might be one of the better five-card packs available. 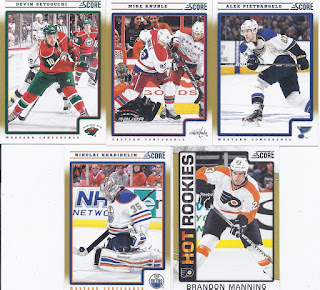 Even the Score packages weren't bad, as all of these were needs in my "I swear, I'm not building the parallel  set" set build. I even got the one-per-box Hot Rookies parallel. 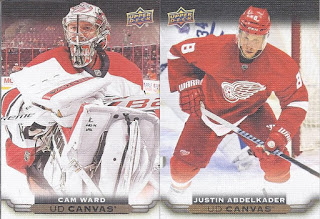 As for the flagship packs from 2015, a little underwhelming. One is an interesting photo worthy of the Canvas insert set. One is bland enough for an O-Pee-Chee release. 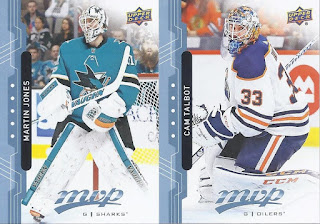 The grouping of MVP set parallels in this weren't the most incredible, but at least I got a couple of mask binder cards. 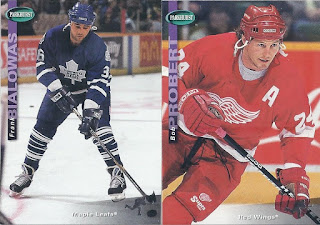 A couple of famous pro and minor league tough guys among the random cards, which were entirely mid 1990s sets. This Parkhurst release was the only official NHL card Bialowas got, but his minor league hi-jinks still made him a featured player in ITG Enforcers. 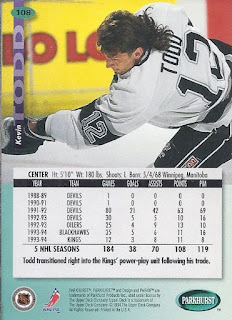 That's a mullet for the ages on the back of Elik's card. 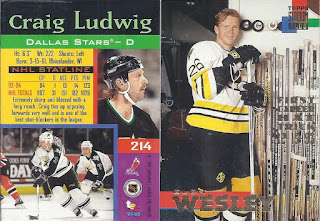 Mid 90s Stadium Club designs could also could have the design issues that you'd see from other releases. In the sense that they'd be typical of the mid 90's. 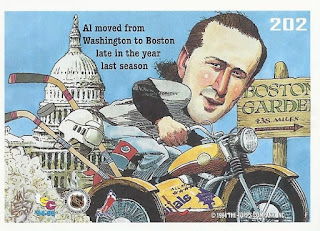 But at least you could find cartoons on the back of these, and they'd highlight Iafrate's team move, as well as his skullet.

There you have it!
Posted by buckstorecards at 09:16