Here's the other one! 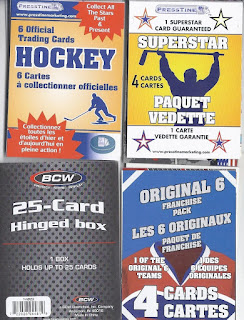 Here's the content within. Two of the repacks are the same as the previous one, but the Superstar repack replaces the 1000 pt one. Also, the hinged box comes in handy, as I've got a booklet card to ship out. 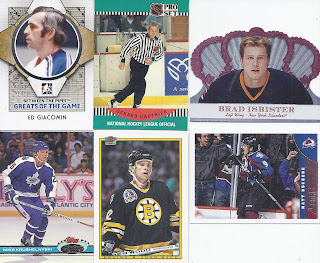 The random 6 card pack is pretty good compared to the previous one. Isbister is actually a red parallel out of 2000 Crown Royale. The linesman card definitely counts as random, and there's a legend card as well from 2008 Between the Pipes. That's a fun bunch. 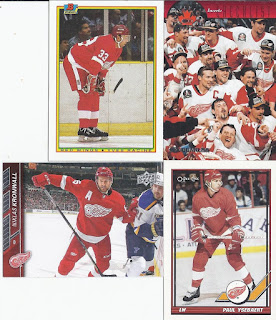 Your original 6 pack also defeats the previous one, based on the celebratory card of the Wings from the Stanley Cup, albeit without the Stanley Cup in the photo. 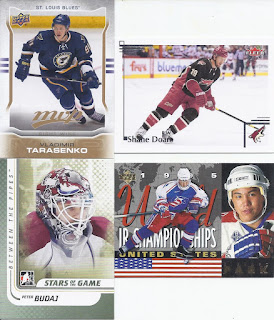 And your Superstar pack. I'm gonna assume that Tarasenko is the star the repack hypes, but it might be the least interesting to me in the pack behind a mask binder card, a patriotic card, and an alternate jersey.

There you have it!
Posted by buckstorecards at 06:26