Today, the mailbag comes from Baseball Card Breakdown, who, due to group break random luck on my part, I've been passing along some Tatis Jr autographs this year.

There were a few Bills cards for that collection, all three of which were nice and shiny. The Chrome cards are not numbered, but the Evans is /299. 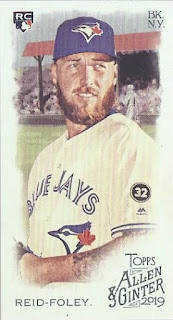 And there's a quick switch over to the baseball portion of the envelope. I've busted no Ginter this year, and have avoided group breaks as well due to the Jays being costly due to Vlad Jr. So this might be my first Ginter 2019 card period. 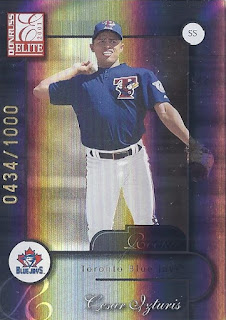 And your other Jays card from the envelope. Izturis is more well-known for his time with the Dodgers, but he got his start with a handful of games in Toronto. He was also one of the few players whose first career home run was an inside-the-park shot, doing so in a game against the Expos. 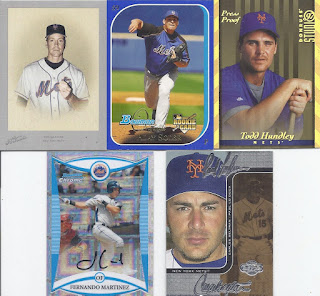 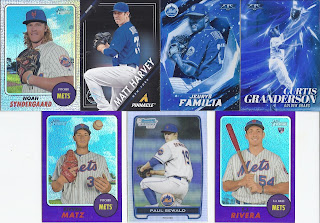 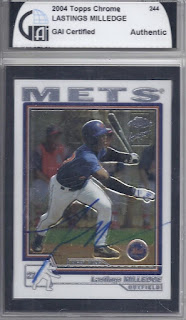 I didn't have any certified-via-encasing cards in the ol' collection, so this is my first. 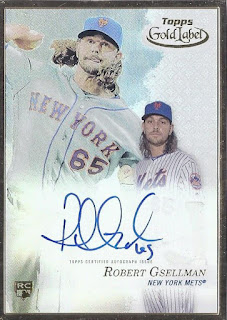 Gsellman was all over 2017 releases, so I'm not surprised there was one of his cards in the package. His intense pitching face looks more derpy than intense, though. 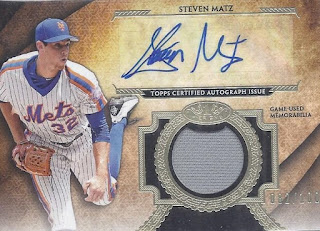 A little bit of a swatch to go with an autograph here of Steven Matz. 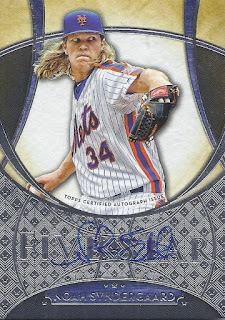 One more autograph to end this run. The base autographs in 2017 Five Star scan horribly, but look much better in hand. Thankfully, I don't think Topps has tried the idea of a thin blue pen on a metallic background since.

And there you have it! I'll definitely be on the lookout for some O-Pee-Chee Padres at the Expo in two weeks time!
Posted by buckstorecards at 07:25