It isn't a national holiday like it should be, but I still made my way to the LCS early to get the box. 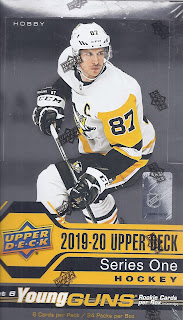 And what goodies will this box contain? Let's see! 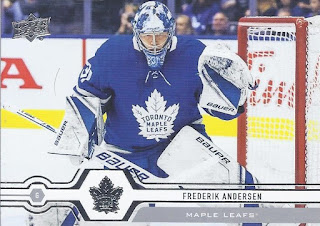 My first card of 2019's flagship release? A Leafs card. Ouch. That's a bad way to start the series for a Sens fan. 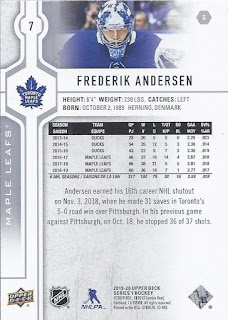 The backs? Exactly what you expect. Full stats, a familiar font and a re-used photo. 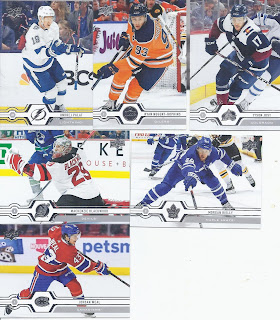 Here's the rest of the base from the first pack, which featured way too much Leafs content for my taste. 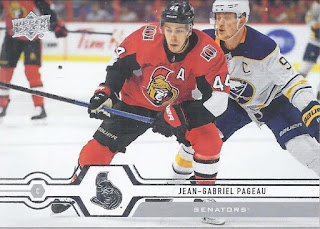 In fact, it took 18 packs in until I landed my first Sens base card.

For some of my favourites among the base, there were these where I'm certainly looking for dupes for the mask binder. 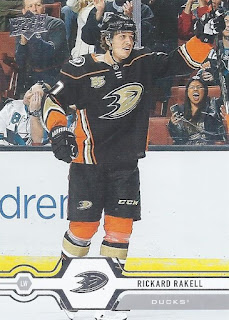 Here's one made by the crowd in the background. Rakell and a Ducks fan are celebrating, while a Sharks fan looks none-too-happy. 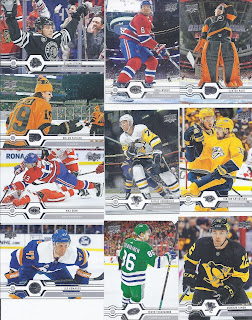 And here's a few more. Alternate jerseys. Low angles. Celebrations. They're all here. I put the Leo in this because he looks about 60 years old in the not-so-flattering photo. My only complaint is that while they did show a photo of the Whalers throwbacks on Teuvo card, but they don't show the team logo.

No, the tiny one on the helmet does not count. 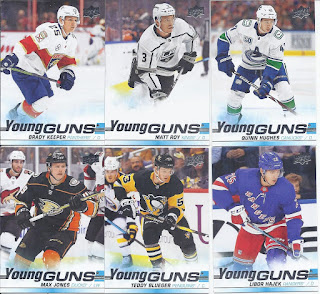 The Young Guns. At least I landed one of the better ones with Quinn Hughes. 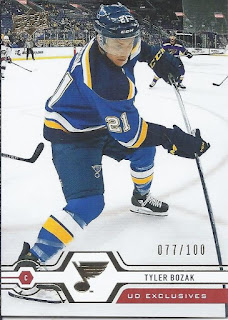 And a final one before I leave the base set behind, here's a parallel. 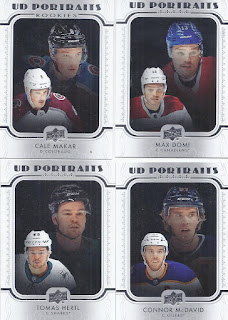 I was not impressed when I saw the portraits on the sell sheet for this, and while I still wish they'd cease as an insert, at least they are far less derpy in hand. 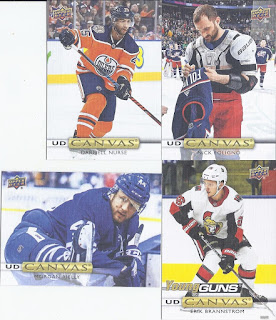 The Canvas insert set also makes its return, sometimes with more interesting photos than the regular cards, sometimes not. The Brannstrom was actually my first Sens card in the box, and it was nice to add the somewhat rarer Canvas YG. 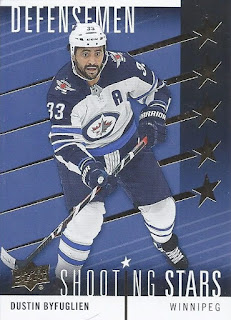 Also making their return are the Shooting Stars inserts. They're only about 1 per box this year, and the defense cards in particular are tough pulls, with the base falling 1:8 hobby boxes. 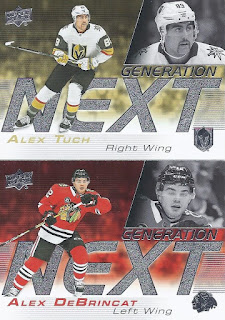 After a break since 07-08 , Generation Next cards return. I wish they hadn't re-used the photos on the front. 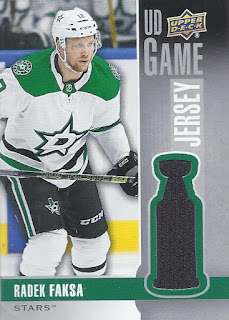 The final familiar insert set is the Game Jersey. I really like the design with the window in a Stanley Cup silhouette. Rangers alumni too! 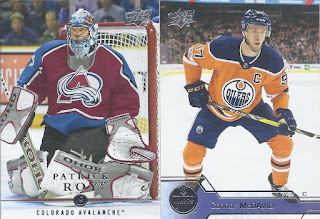 What's new in Series 1? A flashback set saluting 30 years of the releases with 1 card each featuring each design, with either Gretzky, Roy or McDavid on them. 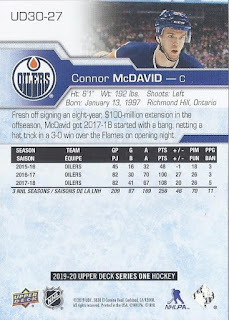 And the only notable difference on the backs is the 19-20 Series One listing. 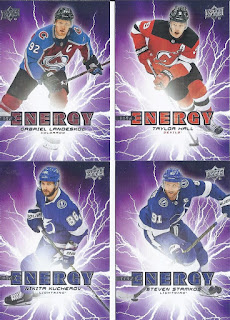 And here are the final inserts of the box. Just your usual way to get more cards of star players in the release. As usual.

There you have it! After all the scanning and sorting, I need a nap.
Posted by buckstorecards at 10:11