Baseball at the Expo

While most of my baseball singles purchases involved putting some finishing touches on my Heritage High Numbers/Minors sets, there were a few others I grabbed, with only of these going beyond the $1 mark. 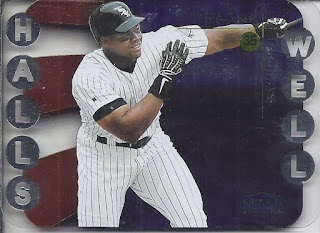 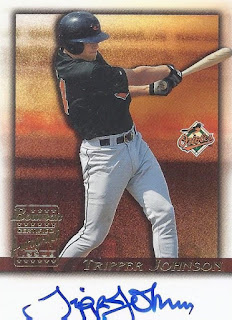 Do I need to justify picking up an autograph of a guy named "Tripper"? I hope not. 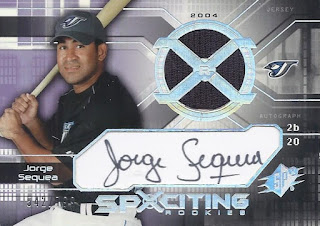 Blue Jays stuff, as expected, was overpriced at the Expo. But I did add one card to my collection of a former farmhand. And even if I didn't add this to my Jays collection, I could also add this to my penmanship collection. 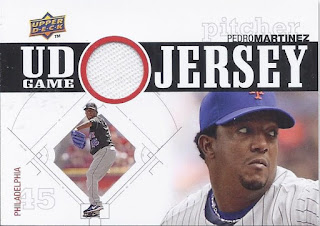 A Mets relic from Upper Deck during their "We'll just obscure the logo. What could go wrong?" phase. 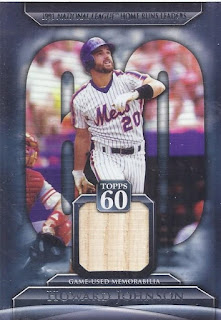 Let's throw in a bat relic as well, this time with far more legal backing. A HoJo sliver! 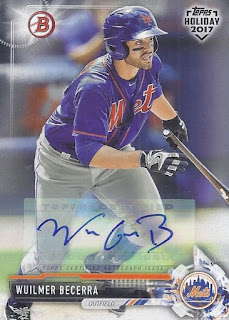 While it doesn't look like he'll see the big leagues, at least as a Met, at least this is a nice little oddball autograph from a holiday set for my collection. 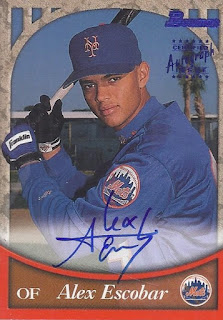 And at least Alex saw the big leagues. For one season in a Mets uniform. He'd play elsewhere for 3 more seasons, making him the most successful of the autograph subjects in this post.

There you have it! Two days of hockey left to end this recap!
Posted by buckstorecards at 04:30