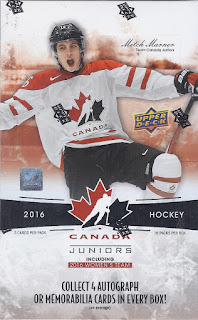 This was the final of the boxes I picked up alongside the H&P boxes and the RA. I guess this is the equivalent of NCAA sets in the other sports, with the chance to get non-NHL cards of prospects and legends. Kinda like Heroes & Prospects, just patriotic.

The base set of 100 is split into three parts. Legends, women's team and current propsects who play in international tourneys. I really like the legends portion for the variety of jerseys the players have worn over the year. 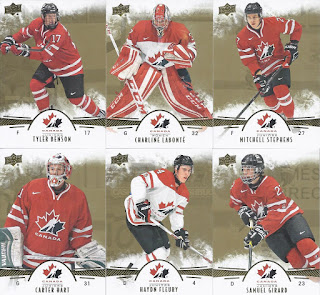 Each pack contains an insert or parallel. The unnumbered golds are the most common. I can't complain if Carter Hart is among the group of 6. 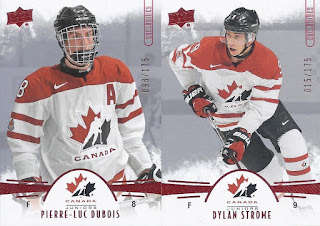 And both of these Exclusives were of players who are still in the league, even though Strome really hasn't lived up to the draft hype. 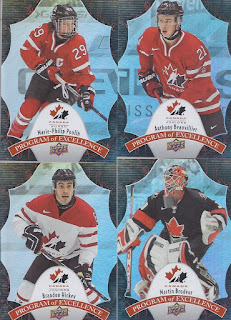 Program of Excellence are a pretty generic insert, repeating much of the players from the base set, just with a shiny background. The Brodeur is pretty sweet, though. 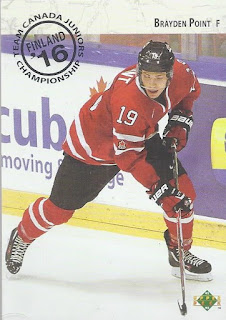 Here's the final insert before I get to the hits. These 1993 Retros fall 1 every other box. I really like how the logos, especially the Upper Deck one in the corner, match the ones from the time. 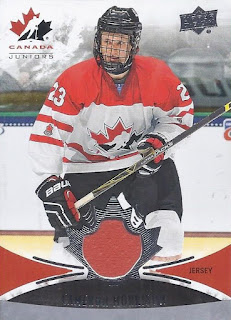 These are the base relics. Cameron Morrison was a second rounder of the Avalanche, but opted to play for Notre Dame instead. 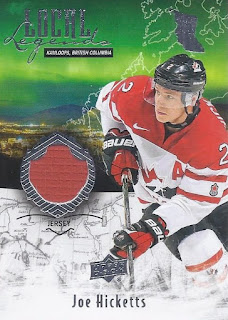 Now this is a much nicer relic design, but I love anything that gives me 1993 Leaf vibes. 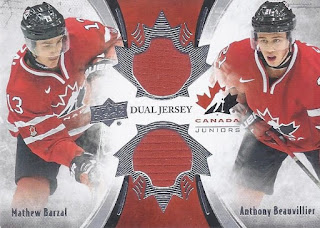 If you live north of the border and are a huge fan of the New York Islanders, here's a dual relic card for you! 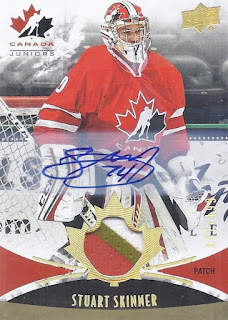 There's one autograph per box, and here was the one this box contained. Skinner was a third round pick of the Oilers, but hasn't played beyond the AHL yet. I do like that he signed the sticker with his Lethbridge Hurricanes number, but that obviously doesn't match his number from the World tourney. 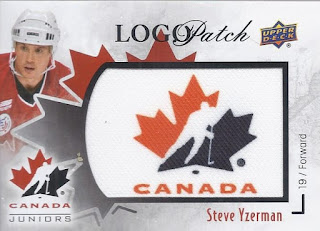 With me putting this card last in this post, does that mean that I'm proclaiming that a manufactured patch is my favourite card in the box? Yes. That is exactly what I'm doing. These fall 1:120 packs, and are the perfect card for the front of the clear box I've put the set in. The patch in the photo places the Yzerman photo from the 1996 World Cup.

I'd suggest I'd be waiting until the Expo to bust boxes again, but Series 1 drops later this week.

There you have it!
Posted by buckstorecards at 03:33