As A Matter of Artifacts

Time to start with an Expo recap. I was disappointed by the lack of vintage O-Pee-Chee baseball at the show, with the absence of the usual source I use for those. But there was plenty there. I busted some wax, and got a few singles for some future mailouts. I'll cover the singles I got next week after I get back from Calgary and Grey Cup week. But for the next few days, here's some stuff from the boxes I busted. 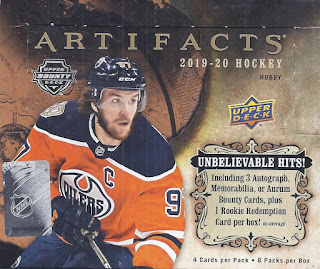 Since I already busted a box of Series 1, I opted for a box of Artifacts instead. 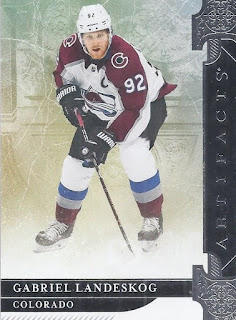 Since I probably should highlight one of the regular base cards in the box, so here's one of the Kitchener Rangers alum contained within, along with a John Gibson. 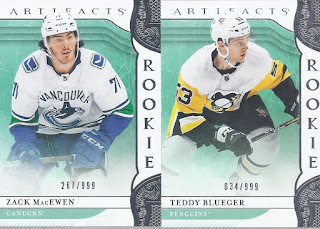 Here's two more base cards, from the numbered portion of the set. Bleuger has spent the season so far with the big club, while MacEwen was just recently recalled from the AHL. 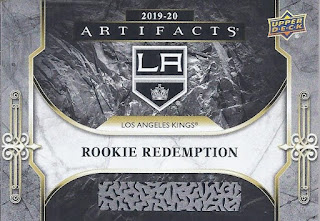 And this will turn into another base card at some point. Probably Tobias Bjornfot, their 2019 first rounder who played a few early games for the Kings. 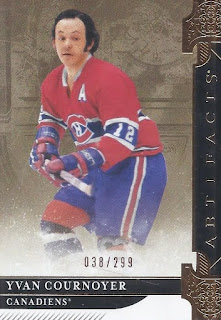 Base parallel #1 was a copper parallel of an already numbered base card from the legends portion of the set. 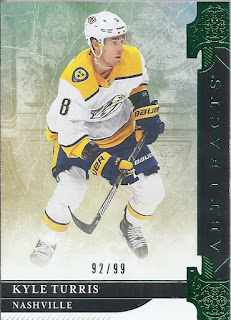 And the second parallel is of a Sens alum. 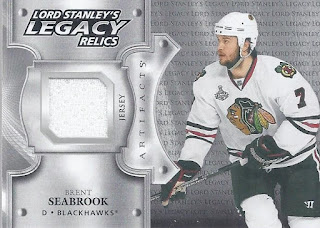 Time for the hits! Here's a card with one relic. 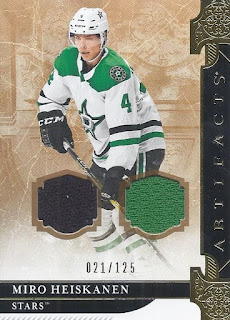 And here's a card with two relics. 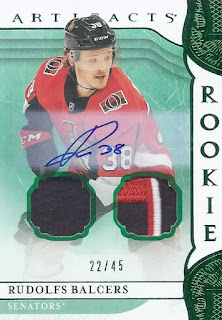 And here's a card with two more relics - and an autograph. And it fits nicely into my Sens collection as well. And I can look at the patch provided and then look right above it onto the photo and see where the patch comes from on the jersey. That's perfection, and probably far more than most collectors will read into a Rudolfs Balcers auto/relic. I've previously landed the Vitaly Abramov emerald/auto/patch via group break, so all I need is the Erik Brannstrom to finish the set (DON'T!).

Balcers came to the Sens as part of the Karlsson trade with the Sharks. During this pre-season, he was injured, and has just made his return recently with the Belleville Senators in the AHL.

And the three cards in the bonus pack. I also landed a Nick Suzuki CHL parallel earlier this year in a bonus pack. There's definitely worst players to be magnets for.

And there you have it. The second hockey box goes tomorrow with some Chronology.
Posted by buckstorecards at 05:30