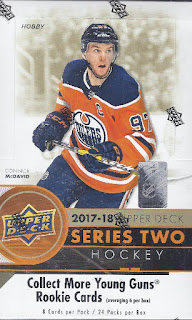 This was my second box picked up over the weekend. Not as hit-based as the other one, but there's a definite variety in this in terms of inserts. 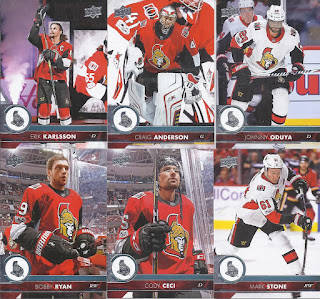 I'll start with the Senators team set of base cards. These are dupes from my team break, but I guess I should show them eventually. This group of 6 does show some of the themes of the set. Similar photos between teammates are a common occurrence, as are pre-game entry photos with video walls and light shows. 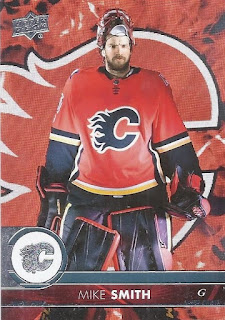 But sometimes, they really look great. It almost seems like the Flames logo here is part of the design as opposed to the actual background. 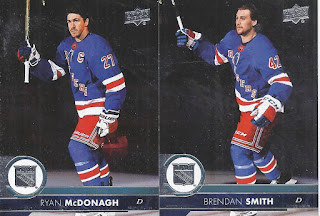 As for similar photos, these are back-to-back in terms of numbering. That makes collation a bit of a challenge, since you have to double-check the numbering. 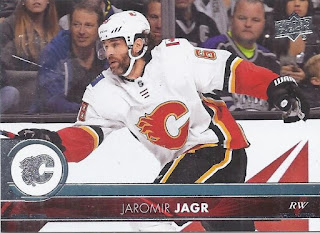 I guess this will be Jagr's final UD card. 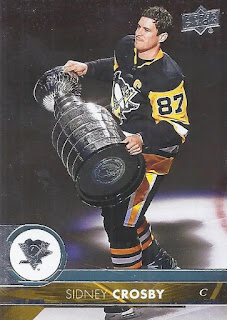 An appearance of Stanley is always a nice way to wrap up the regular base card portion of the post. 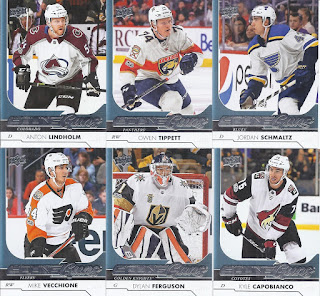 This isn't the most spectacular grouping of Young Guns, Owen Tippett is probably the best one in this grouping. 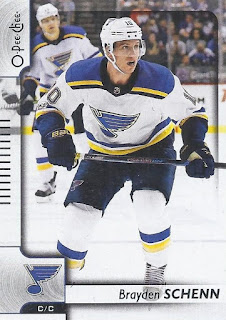 O-Pee-Chee Updates are the most interesting for me in this, as getting them here means I don't have to worry about getting them for the set build. Even though they are ridiculously cheap at COMC once e-packs start offering S2. There's one veteran per box. 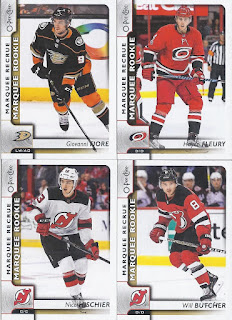 4 rookies go alongside them. At least I won't need to get the Nico once I hit up COMC. 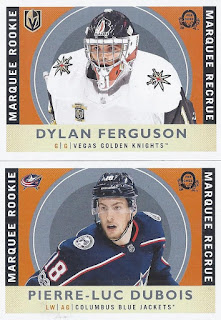 I got the expected pair of Retro Rookies, and do like that the Ferguson features him still rocking the Kamloops Blazers mask. Upper Deck picked up the CHL license, so I guess they don't have to photoshop it out. 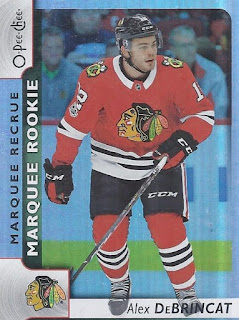 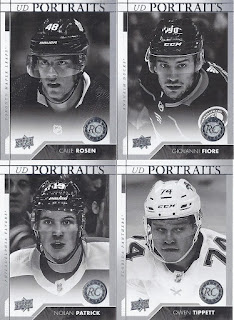 Portraits inserts continue from Series 1. All the look of early 90s Studio, with none of the interesting factoids on the back.

Canvas inserts also return in this. While the photos are usually more interesting in this, the McKenzie seems pretty bland in comparison to some of the regular base. The hand pass and Vegas Strong cards are definitely canvas-worthy. 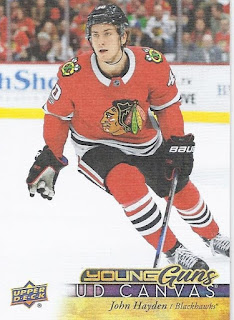 Canvas Young Guns fall every other box. Even better for me, the one I landed was of 2/14 baby John Hayden. 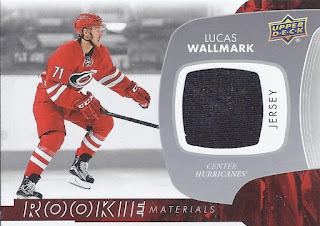 Hey! A relic! Like the Canvas YG, these fall every other hobby box. 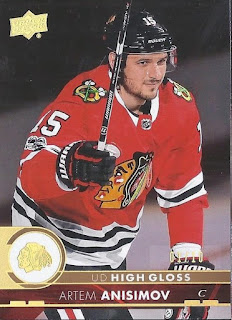 Perhaps this box should have to Chicago instead. This is the first time I've pulled a High Gloss parallel out of flagship. While a better player would be nice, I'll still take this rarity. 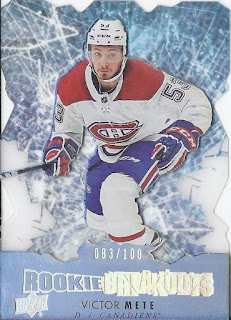 One numbered card deserves another, and another first time pull from Upper Deck. In addition to being a die-cut card, the player and bottom portion of the card is raised slightly off the card. If you've seen a Panini Clear Vision card, it is like that. Mete has spent the season with Canadiens, but will likely miss the rest of the season with an injury.