Another trip to the LCS, another chance to grab a couple packs off the shelves. 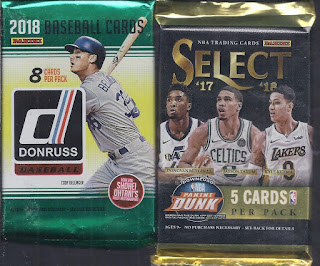 Since hockey is pretty easy to find in a retail, hobby shop or card show setting, I'll avoid that and grab a couple Panini packs. 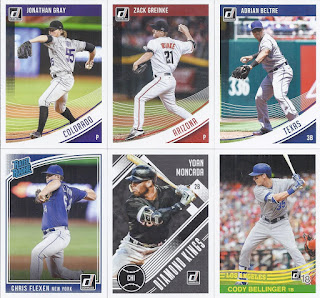 6 regular base cards. At least I landed a Mets card in all this. I wouldn't mind the base design so much if it didn't have those lines across the bottom third of the card. The '84 throwbacks look fine. 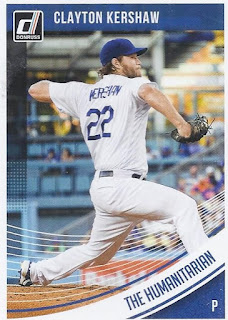 There are a lot of variations in this year's release. Bad for a team/player collector, but just fine for a pack sampler. Unfortunately, I just dropped a Dodger-y envelope in the direction of Night Owl, so this will have to wait until the next mailer. 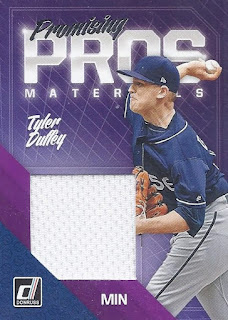 And a hit! This will also be set aside for a future arbitrary mailer.

While I'm not crazy about the design, at least I got some cards for the trade box.

The basketball base cards. I guess as is typical for the non-Prizm Select cards is that they scan terrible, but look nice in hand. 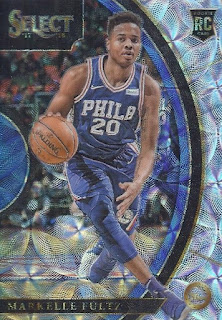 As shown here - this Prizm parallel looks nice and bright in the scan. This is the Scope parallel of the #1 draft pick. 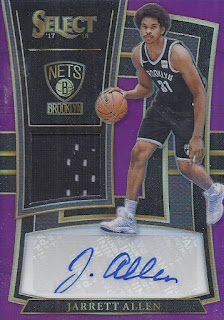 Another hit! And this one has an auto to go along with it! It is abbreviated, but all the letters are legible. This auto has an interesting connection with an auto I pulled the last time I did a pack sampler as if the athletics thing doesn't work out, he should be able to fall back on his brains, as he put up an impressive 3.89 GPA at Texas.

Two hits from two packs. No complaints. Back to the mailbag tomorrow!
Posted by buckstorecards at 13:51