Back to the 2*3 trade box! Today, the hockey portion of the trade that contained cards that while numerous in spots, wasn't quite enough to sustain a post of its own outside of a one card only one. 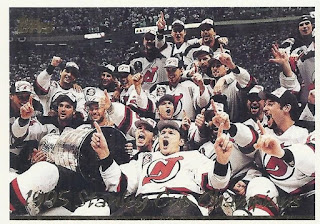 There really is no better option for starting a post than an appearance of Stanley. 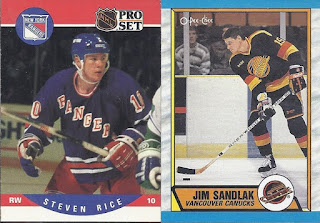 Two new Rangers alum base cards for that binder. How did I not have that Steven Rice? Jim Sandlak played one game for the Rangers. That doesn't matter. He still counts. 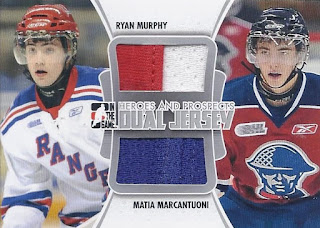 No doubt that these two count for the binder as they're both rocking the Rangers colours on this. I really love that one of the photos features the Remembrance Day alternate uniforms as well. 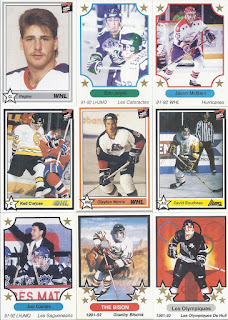 This grouping isn't Rangers-related, but here's some random CHL cards that were also in there. Savour someone's first attempt at facial hair! Remember that someone skated around with Corpse on the back of their jersey. 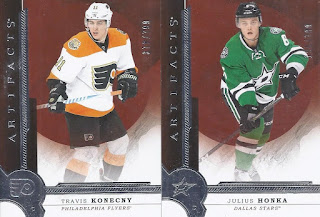 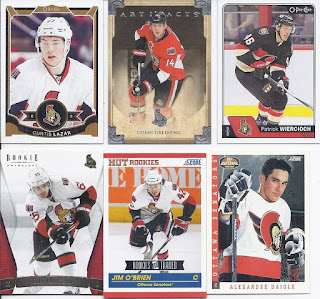 This will end with a handful of Senators cards. That Daigle would have been massive at the time. I checked on COMC expecting it to be there for 99 cents now, but the lowest priced on there (on sale) is $11.05. I was probably as surprised as you are. Andre Petersson played one game for the Senators. He still counts. 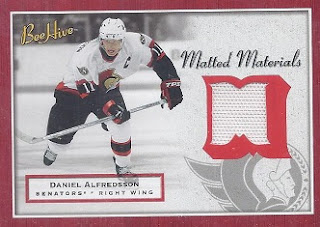 Posted by buckstorecards at 11:46