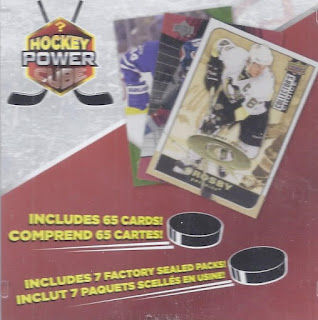 Another trip to Walmart, another one of these repack cubes. The first one wasn't half bad, and landed me some nice cards, including a great Landeskog for the PC. What will this one yield? 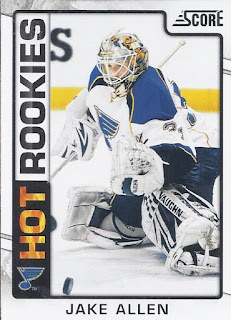 Naturally, the contents that comprised the 65 cards were different. This time, more than half the cards were 2012-13 Score. Although he's struggled lately, the best in this group was a rookie that is still relevant.

Second in terms of volume was a bunch of 2014-15 Black Diamond. A better variety there in terms of binder candidates, including a Sens card, a Rangers alum and two people you wouldn't expect in a 2014 release. 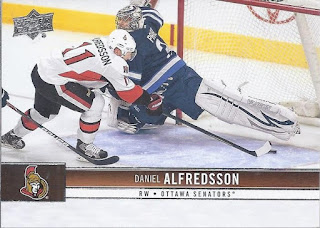 Also there, some 12-13 UD. I've posted this several times in the past, and it is still one of my favourite Alfie cards based on photo choice alone. 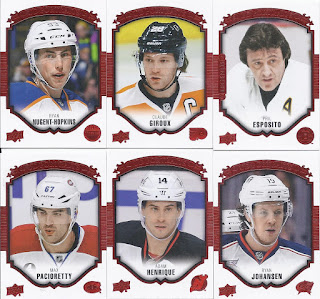 Finally, these parallels may be the most interesting part of the repack. I can't remember at all which packs these came from in the first place. Blasters? Tins? Either way, these were unexpected. The Pacioretty is already set aside for a future TMM mailer. 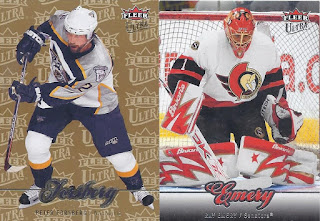 As before, I'll chronologically go through the packs. I can't really complain when I land both a Sens card and a parallel of HOFer among 5 cards. 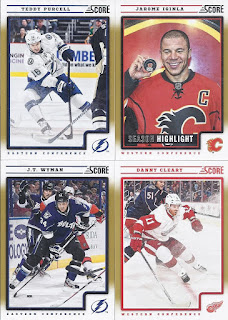 There wasn't much that was interesting about the Score packs, so here are the gold parallels. 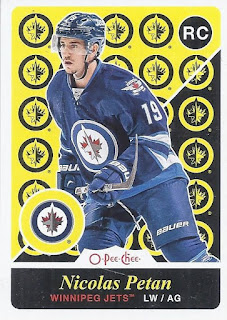 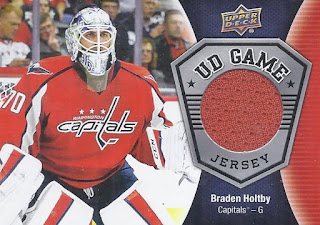 The most recent pack landed me a hit! The pack in question appears to have originated from a tin, where relics fell at a rate of 1:240 packs. So, while this isn't a super valuable card. at least it proves that the packs in these repacks aren't searched.

There you have it! Back to the trade box yet again tomorrow.
Posted by buckstorecards at 07:39