Going through the box of cards from Jeff & 2*3 Heroes continues with some items destined for the mask binder. In terms of volume, this was the most significant portion of the mailing. At 50ish cards worth, I did opt to whittle it down to a far more manageable showing off of my faves. 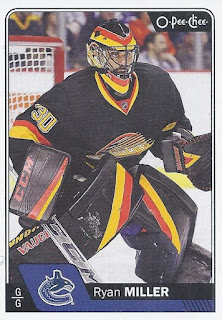 I probably showed off this card when I was building the OPC set. Now that is committing to the whole throwback uniform deal. I just wish that OPC would have also gone all-in and used the classic logo on the card. 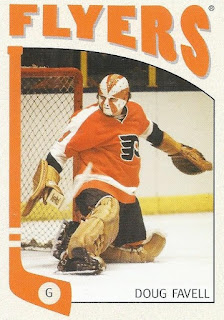 Doug Favell was the first goaltender to have his mask fully-painted. It was a complete orange paint job originally, supposedly as a Halloween prank. 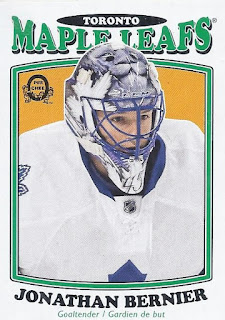 The OPC Retros the past few years have provided really nice close-ups of the artwork, such as here with Jonathan Bernier. 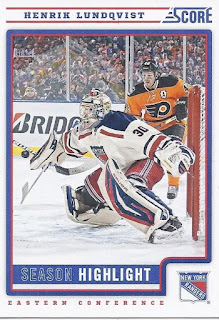 This isn't the best photo, but an appearance of the alternate masks that make appearances during outdoor games are always worth scanning and posting. 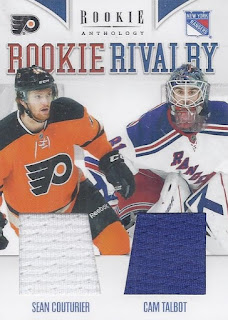 Back-to-back cards featuring the Flyers vs. the Rangers! While this rookie rivalry may have subsided with Talbot's move to Edmonton, this might be the only card in this subset where not only are both players still in the league, but they are both playing significant roles with their current teams. The combination of Adam Henrique and Carl Hagelin is probably the only other contender. 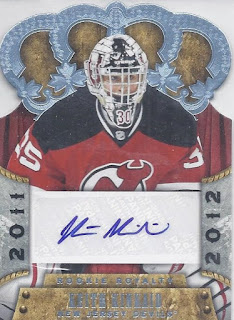 And the other hit for the mask binder is also a relevant player today, albeit as a backup in New Jersey.

And there you have the highlights of the mask portion of the box. Just some 2/14 stuff to go, likely later this week.
Posted by buckstorecards at 09:59