Time to open the mailbag, not for a bubble envelope this time, but a box of goodness. Julie @ Cracked Bat sent a box my way jammed full of Expos, Jays and Mets. Enough so that it will take two posts to cover it all. And another box showed up about an hour ago from Jeff @ 2*3 Heroes. That's another post or 3 worth of mailbaag posts. 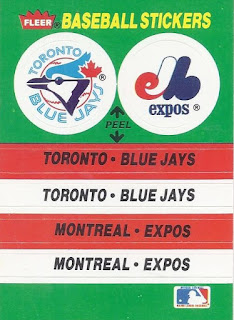 A perfect item to start this recap of the Canadian teams in the box. I've already bindered the card, but I think County Stadium was on the reverse of this. For some reason. 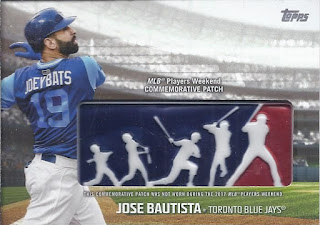 The Jays content was pretty sparse volume-wise, but this is a pretty nice Players' Weekend commemorative patch, especially since the nickname is visible. 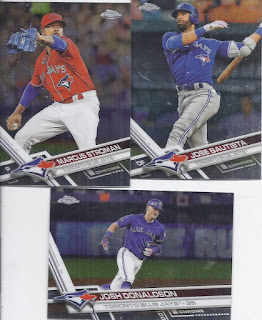 I think I busted exactly zero Chrome packs last year, so these are very welcome. The red alternates look nice in this form.

And that's it for the Jays. There were also a lot of Expos in here as well. 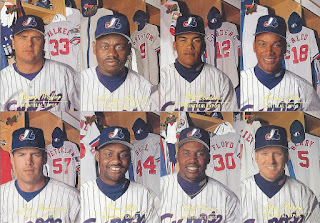 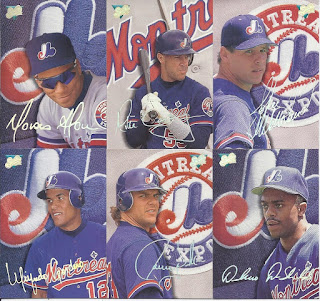 Studio from 1993 and 1994 easily brought the numbers to the Expos binder, with 14 of the 15 cards from those two sets. And not a dupe among them. 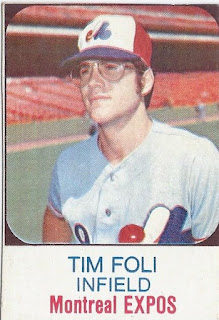 This was easily the oldest card in the bunch. I can still smell the Twinkies! 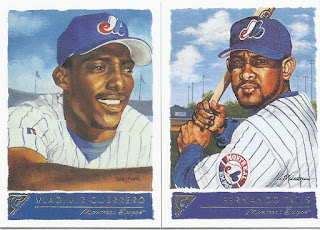 The only dupe in the whole Expos collection was this Vlad from Gallery. However, this was only a dupe in he Vlad binder, and, much like with David Wright and Daniel Alfredsson, can move into the team collections. 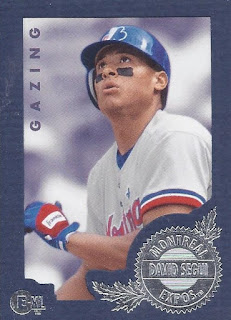 Since Gallery didn't provide framed parallels, I guess I have to rely on XL to provide one. 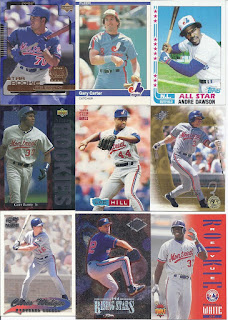 And some miscellany to wrap this up. There were still at least two more scans worth of Expos to go, but this is a nice enough semi-random mix of them. I always loved how when I'd head up to Montreal when the Mets were in town, they'd introduce Peter Bergeron with the most francophone pronunciation ever. Which made perfect sense for a player from Massachusetts.

And there you have it. I'm not sure what's up next. Maybe the Mets from this. Maybe some COMC. Maybe the 2*3 box. Something from a box at least.
Posted by buckstorecards at 08:52