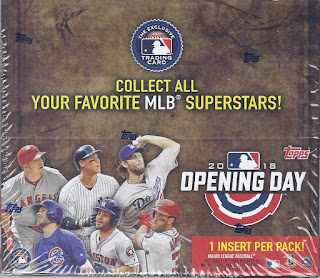 I picked up two boxes of 2018 Opening Day, hoping to get a base set for myself, along with a healthy portion from the insert sets. I did pretty good with that, as I was chasing the Mascot, Before Opening Day and Team Traditions sets, and I'm only about a dozen short of those. But, I'll start with the base set. The set is a mix of cards from Series 1, with a slight look ahead to season 2. There are also some updates.

I did get a complete set out of each of the two boxes. I'm guessing the second set will end up broken up and in the hands of my trade partners. Dupes were at a minimum, but both boxes contained dupes of the Jonathan Villar base card. 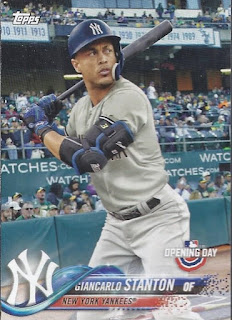 Giancarlo Stanton is grouped with the Series 1 portion, but gets himself Photoshopped into Yankees gear.

The first 114 cards in the set seemed to be Series 1 repeats, except for the Stanton. 115 to 138 seem to be players that were in Series 1, but with new photos. Many are horizontal versions. 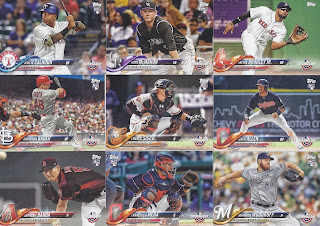 Harrison Bader and Anthony Ranga get the big upgrades. 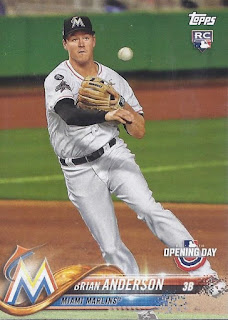 Brian Anderson's is interesting, as it looks like a continuation of the photo on his regular base card. 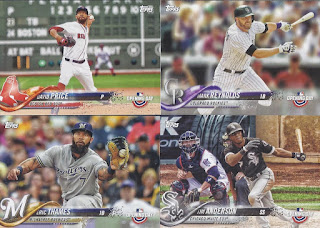 Depressingly, the Series 2 base cards look pretty generic, but there are still some nice horizontal cards to look forward to. 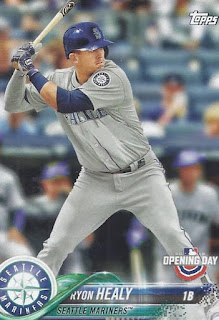 Photoshop specials will also be in Series 2. 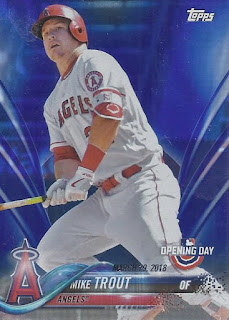 Blue parallels were 5 per box, and they do really stand out in
Inserts ahoy! I can't highlight all the inserts, but I'll hit one from each set I landed a card from. 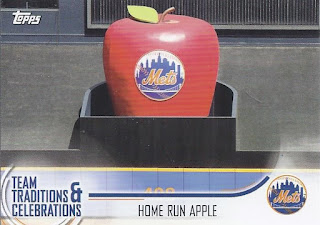 Sure, it is incredibly cheesy, but it is the most Mets thing available for this insert set, especially since you can't really picture disappointment on a card. 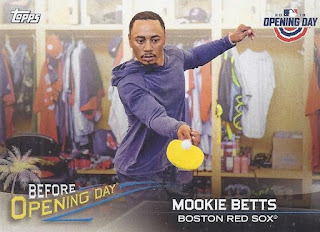 Mookie Betts playing ping-pong? I'll highlight this one since it flashes me back to one of my favourite Daniel Alfredsson cards. 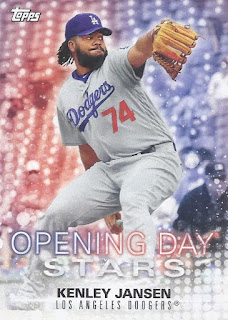 Opening Day Stars makes another appearance in the set. These continue to change their appearance as well, as they're incredibly thin this year. They almost feel like stickers, but that's a different insert set (one I didn't land a card from in either box). 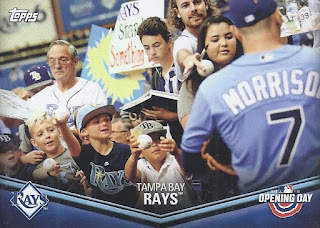 Most of the Opening Day Stadium insert set features players standing for the anthem(s) with a full view of the field. So, I'll take the photographic oddball from the bunch and show them off. 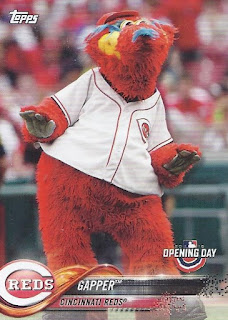 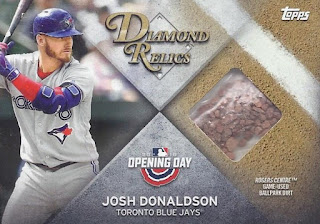 And my first ever hit from Opening Day ends this. These are tough pulls in the set, falling at 1:1772 packs, or one every 2 and a half cases. Even better that the hit comes from one of the teams I collect. And these cards are incredibly thick. There was only one other card in the pack, and it was still very obvious that the pack had a hit in it.

So now you know, pack searchers of the world!

Back to the mailbag tomorrow!
Posted by buckstorecards at 06:29