I am always looking for new faces to add to my 2/14 collection, and my latest trip through COMC landed me 4 new faces, all of which fall under the miscellaneous category. 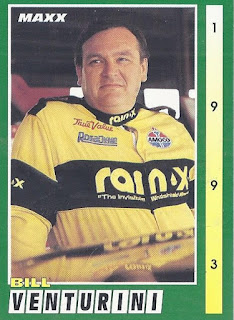 I never really thought of auto racing additions to my collection, until I saw them referenced in a now-forgotten post on another blog. My googling gave me 3 new candidates for the collection. Bill Venturini doesn't even have a wikipedia entry, although the motorsports company he founded does. Still, his card qualifies for the binder, and his birth date does appear on the back - always a bonus. 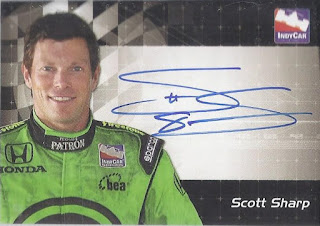 While I don't really follow auto racing, I had heard of Scott Sharp. Probably because I will on occsasion watch the open wheel races. It is an initials-only auto, but at least he included his numbers.

There was a third candidate, but his only COMC card was a rather costly auto. So, I added his base card to my Most Wanted list. 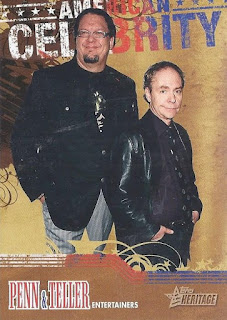 I guess you could say this was the card on the Most Wanted list that it replaced. Teller doesn't appear to have any cards without his partner, so he joins Penn in the collection. 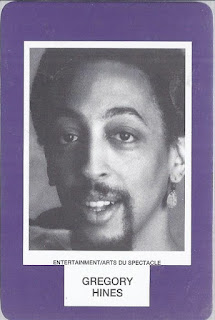 And finally, one of the first people I was aware that I shared a birthday with, based on his appearance on one of those "Born this date" lists in the local paper. While I was aware that Hines had passed away several years back, I wasn't aware that he was interred at a Canadian cemetery, based on where he met this fiancé. This card was from sort of famous faces guessing game set.

With these additions, my count now stands at 1370.
Posted by buckstorecards at 09:29