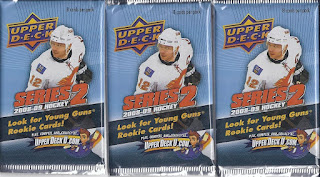 While there aren't too many chase cards in this set, it is still nice to pick up a pack of cards for 99 cents + tax. 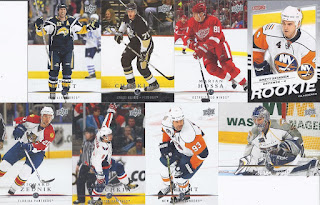 The Victory Update cards are 1 per pack. Brett only played 11 games in the NHL and spent last season in the Czech league. Ovechkin's base card is a pretty nice celebratory photo. I think the Rivet is also a celebratory photo, but he does seem pretty reserved. 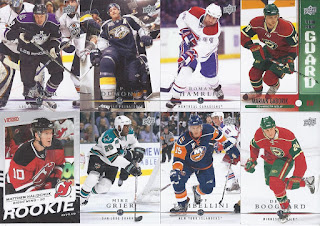 The second pack was probably the best of the bunch when it comes to my PCs, as both inserts hit them. Halischuk is on his way to my Kitchener Rangers alum binder and the card even includes his 07-08 OHL stats. That Gaborik is 119th appearance in my 2/14 folder.  Dumont is the winner of the photo battle in this pack. 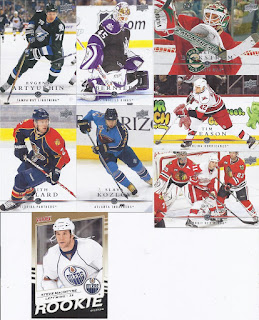 Hey! A gold parallel! The pack only lists the Victory inserts as 1 per pack, but don't mention the parallels. Watching some breaks on youtube makes it seem like 1 per box, so it looks like I hit 3:24 odds in getting one of them from my packs. Best card here photo-wise? I do like the crowded nature of the Cleary.