COMC Football Miscellany means I went through my COMC box and pulled out all of the football cards and post them. A can't really call these part of the challenges any more, since some of these are courtesy of the challenges, and some are from selling cards. 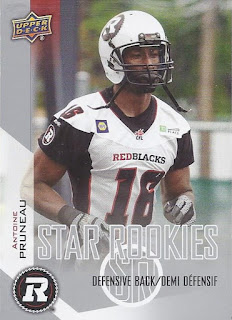 I'm doing these alphabetically from whatever I named the photos as I was scanning and cropping them. So, first up, is Antoine Pruneau from last year's CFL set. The only problem is that the picture on the card is of Marcus Henry. Marcus and Antoine are of, shall I say, a different pigment. But at least this got some mainstream press for the set. 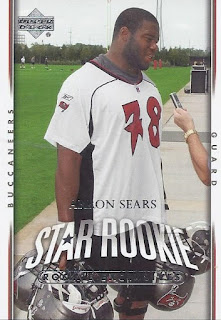 This one was certainly inspired by the COMC Challenges. For the 'football players' challenge, you type the first two letters of their first and last name. So, the previously showcased Antoine Pruneau would be 'anpr'. Arron Sears, on the other hand, is slightly better off than Andy Allanson and Bobby Orr. 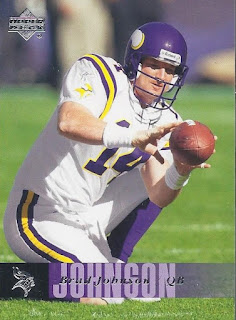 This one's all about the photo. You really don't have too many photos of a quarterback receiving the snap on a field goal. This wasn't due to lack of playing time on Johnson's part the previous year. He saw a lot of field time as the injury bug went through Minnesota. So, I'll just add this to the interesting photo portion of my football binder. 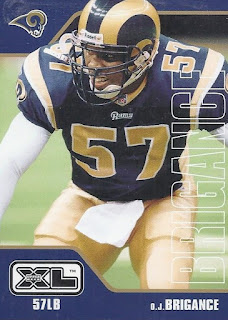 OJ Brigance. The only player to win a Super Bowl and a Grey Cup playing for teams in the same city. 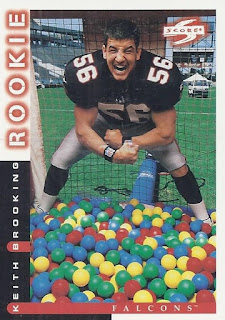 Any comment about this card will end with some sort of tasteless reference to balls. I'm not going to go there. Today at least. 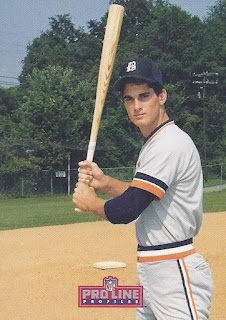 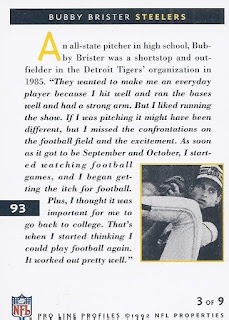 A baseball card from a football set. I'm guessing this qualifies as an oddball for that factor. I'm also guessing they really didn't think of licensing at the time, as I rather doubt Pro Line had permission to issue a card with an obvious MLB logo. 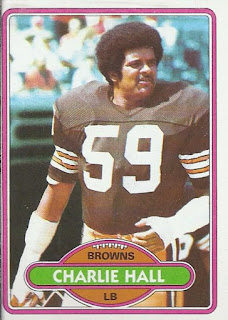 Who needs a helmet with a fro like that? 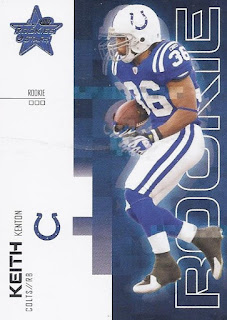 Another one that seems odd... 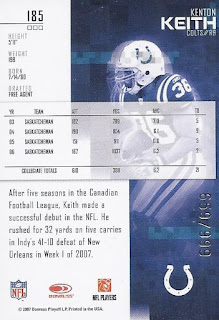 but I love when CFL stats appear on NFL cards. If you are ever involved in a radio contest where you are asked to select "Serial Killer or Athlete?" you won't be stumped. At least his wiki doesn't allude to the former. 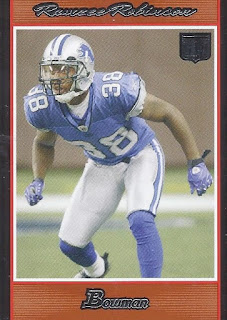 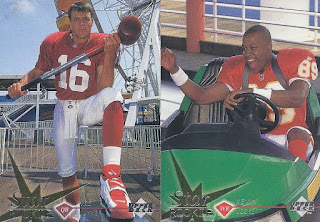 There are reasons that the rookie photo shoots take place at a football stadium and not at an amusement park. These are two of the reasons. 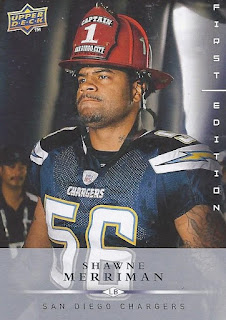 Sometimes, you just need to have a card in your collection of a player wearing a fire helmet. 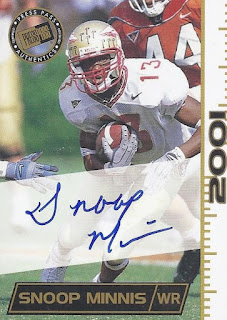 There were two autos in the box, and took me until there were three cards left in the post to get to it. I know absolutely nothing about Snoop Minnis. Other than the fact his nickname is Snoop, and he signed his card accordingly. According to wiki, his mother gave him that nickname because he was always snooping around. So, no relation to Mr. Dogg/Lion. 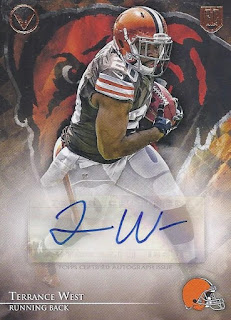 And the other auto. This one I got way back in November through some free credit I got from COMC. I got this just because of the dog in the background. Strangely, all the other Cleveland cards in the set use the Browns helmet, and just West got the dog. 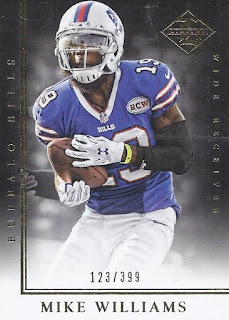 And it takes to the very last card - williams.jpg, for there to be a Bills card. But I did squeeze one in. I opted for this because it was the cheapest card of his available.