Time for another Surprise Box Bag courtesy of the Dollarama.

4 items in the bag, and they were: 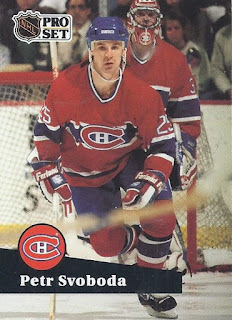 I was expecting nothing out of the Pro Set pack, but this card was there. I actually had the French version of this in my 2/14 collection, but not the English version. So, the expected dud pack actually came through. 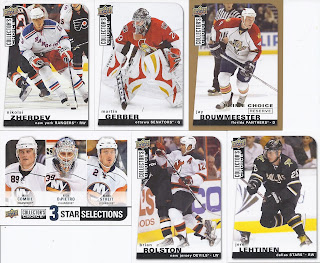 The Coll. Choice pack was better than expected. Darth Gerber! Then there's a gold parallel, which I think fell at a rate of about 1 per box. The 1/3 of a Mike Comrie will be off to Dennis @ Too Many Manninghams, and the photo on the Rolston is pretty nice. 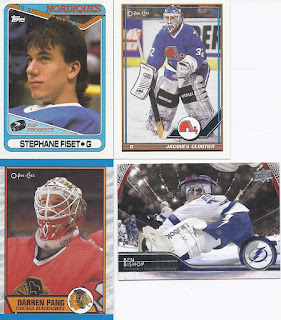 More junk wax era cards here, but that Pang is a nice mask binder addition, and the NetCam photo on the Bishop is spectacular. A great keeper card, and it was the only card from the 2010s in the whole repack. 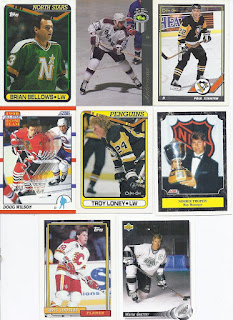 90's pack usually translates to "You're getting 8 Junk Wax era cards". And it really was. The 1993 Classic card was the newest one on this. The Bellows is a dupe for my Rangers alumni collection, so it looked pretty grim. But the last card of the repack was the Gretzky. Wayne is one player for whom it doesn't matter what year the cards are from, it is always a fun pull.

If you'd told me the 4 items that would be in this repack bag, I'd probably have passed on it. But some things are better when they're opened, and this was the perfect example.
Posted by buckstorecards at 09:49