While the Father's Day packs weren't as good to me this year as last, I still picked up some nice cards. 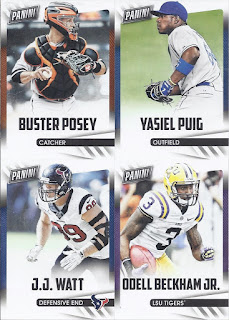 These are the base cards. Nice clean design, and the baseball ones choose photos where you don't automatically notice the lack of licensing. All the black in the photo makes the Posey pop off the design especially well. I guess Panini really wanted to show off their new NCAA license, hence the Tigers and not the Giants on that card. 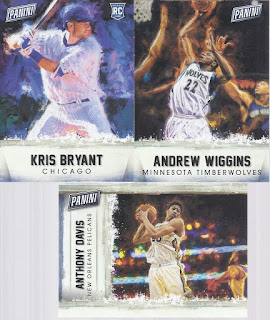 Here's cards from one of the subsets, Portraits. A couple sure keepers here with a Bryant and the Wiggins. I don't have a lot of Wiggins stuff outside of my set builds, so this is a nice addition to my Canadians in the NBA collection. 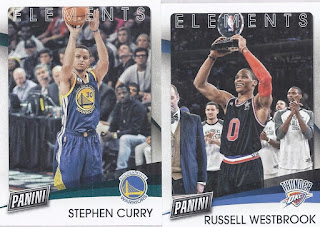 This is a somewhat disappointing entry, if for no other reason that my elements cards for the previous years featured outdoor games where the weather was also a part of the card. These, not so much. 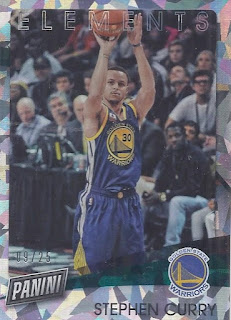 But ending up with a really nice /25 parallel dulls any criticism of this subset. And being a cracked ice parallel does make it closer to an element than a base card. 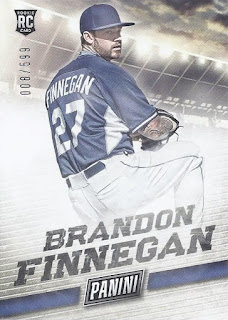 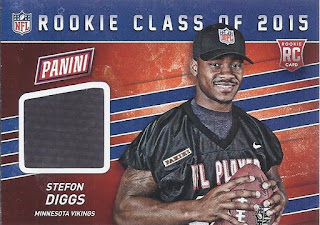 While the Curry /25 is probably the biggest "book value" card of the break, I did end up with a hit. Diggs was a 5th round draft pick of the Vikings. It doesn't seem like an interesting card, but it is a good one for adding something to my collection. Looking at other cards in this set, this appears to be a cap relic. It doesn't feel like a jersey either. So this is a first for me. Yay?!

And there you have it. The Court Kings stuff tomorrow. Featuring the Celtics, Suns and Grizzlies.
Posted by buckstorecards at 17:35