A quick run through a different than usual Dollarama this morning showed that something in the land of their repacks has changes. 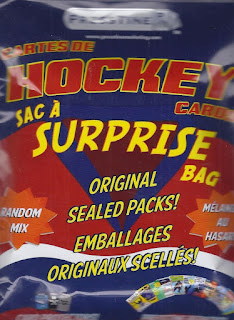 As the classic Surprise Box has becomes a Surprise Bag.

They still contain 4 miscellaneous hockey items, just in a sealed bag as opposed to a box. The latter was searchable. This, not so much. Upgrade!

So, what was in my first of the new look product?

I'll let the package itself describe it: 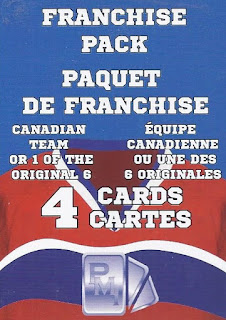 And the package was two in one, as it was a Montreal pack: 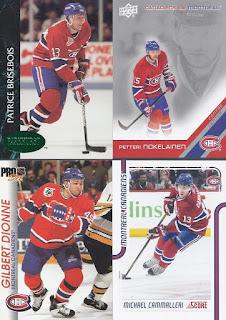 Pretty good stuff! A Dionne for my Rangers alum collection. A parallel. A Cammalleri for TMM and the Petteri Nokelainen seems to be the only card issued of him as a Hab. When the least interesting card of the 4 is an Emerald Ice, that's a good repack! 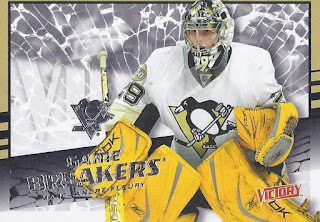 I'm sure I've pulled the entire 2008 Victory set through repacks, so here's the insert! 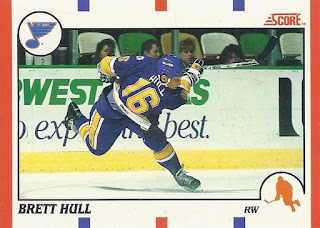 I'm sure you've seen the Score cards before. The Canadian ones are slightly different, with the Score logo in red instead of blue. The pack included one of the memorable cards from that set in the Brett Hull. 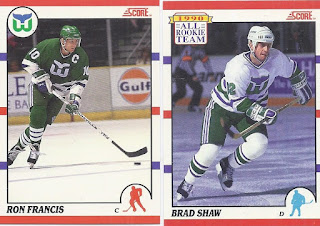 But, the pack also contained a pair of Whalers, meaning that a PWE bound for Shoebox Legends will continue to fill up, since those are both on his wantlist at zistle. 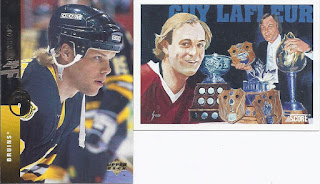 Finally, the HOF pack. Sure Guy is in the HOF, but that mullet sticking out of the back of the helmet is classic.

Not much different than the classic box, but the fact that these can't be easily searched make it more interesting.
Posted by buckstorecards at 06:08