A trip to the LCS saw me grab a pack of SP Authentic, Finest and 2015 Score. Time to bust some wax! 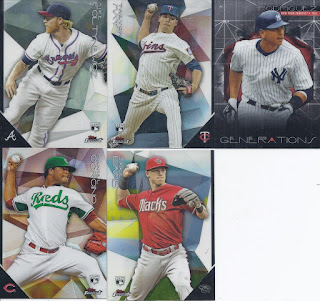 In terms of release date, this was the oldest product I got. 4 rookies and A-Rod don't exactly make for an interesting pack, but the Corcino really saves it. Firstly, although it is hard to tell from the scan, this was a refractor. And secondly, check out that alternate uniform! Reds in green? What kind of sorcery is this? 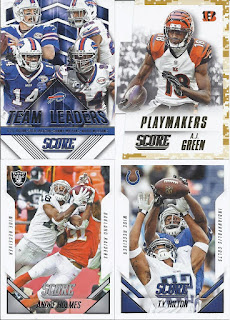 The lowest end of the three packs was probably the most interesting of the bunch. Firstly, we lead with not only a Bills card, but my first card of Kyle Orton as a Bill. He also had one in last year's National Treasures, one of which is in my COMC inventory right now. Other than that, with his retirement, I don't think he'll have too many more. After that, there's a die-cut, cut in such a way that when you pick up the group of cards, it always falls out. Following that with a pair of great photos. 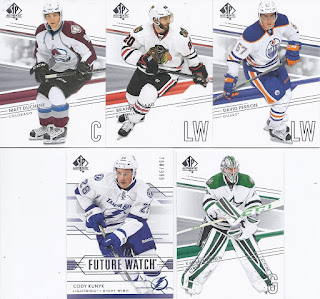 And the cheapest of the packs is the best, although the Corcino does its best to make it a competition.
Posted by buckstorecards at 07:18