As if any mailing from JayBarkerFan would be. Two parts to this one, this one will highlight the hits portion of the mailing, but there are plenty of base cards and numbered cards and inserts to show off at a later date. 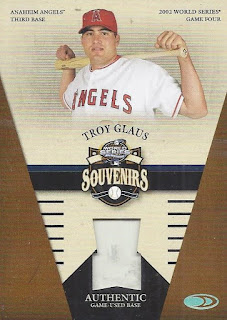 This was one of two I was expecting. While this isn't something that fits in my PCs, it does hit the randomness portion with it being a base relic. It is even dated on the back to Game 4 of the 2002 World Series. A really neat addition to my general baseball hits collection. 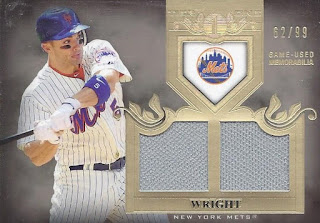 Here's the other card I was expecting. I think I'm getting close enough to a complete David Wright uniform, minus the patch portion. 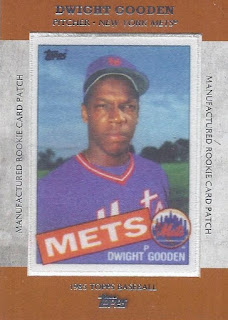 This Mets manupatch I was not expecting. I thought for a second that it might have been a dupe, but it turns out I had a different Dwight Gooden manufactured rookie card relic in my collection. It is a mistake anybody could make. 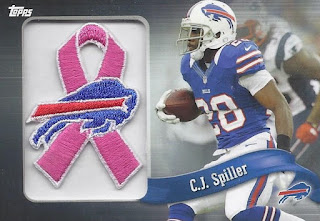 From one manupatch to another. I think this is my first Bills manufactured relic. 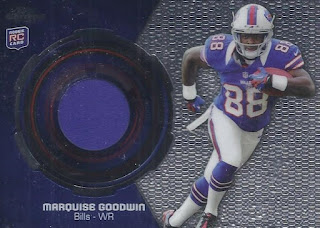 And here's the final portion of the hit recap of this envelope. Lots more to go next time.

Thanks for these goodies so far - I've added a nice Crimson Tide auto to my COMC inventory for returning fire. I hope to ship on this over the long weekend, and it should be in my hands by late August to send on your way.

Posted by buckstorecards at 16:03