Time to make a big dent in the COMC Challenge box with this group of cards. Even though I still have about 50 cards still in there, with over 100 more still on the way. Progress! 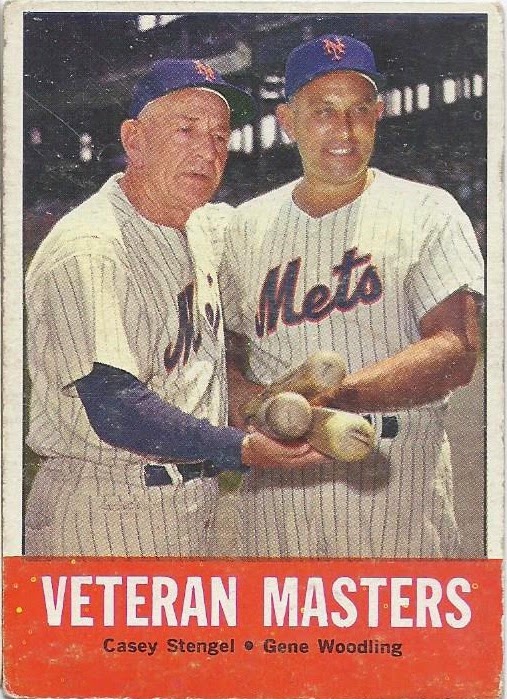 One of my goals was to get at least one Mets card from the Topps set for every year of their existence. I'd actually knocked it down to the point where I only needed 3 different years for the completion of this project. Up first, the oldest card. The condition might be well-loved, but when you have to pick a Mets card from that year, you really can't go wrong grabbing one featuring Casey Stengel. Gene Woodling also only had cards with him as a Met in the 1963 sets. So, a twofer. 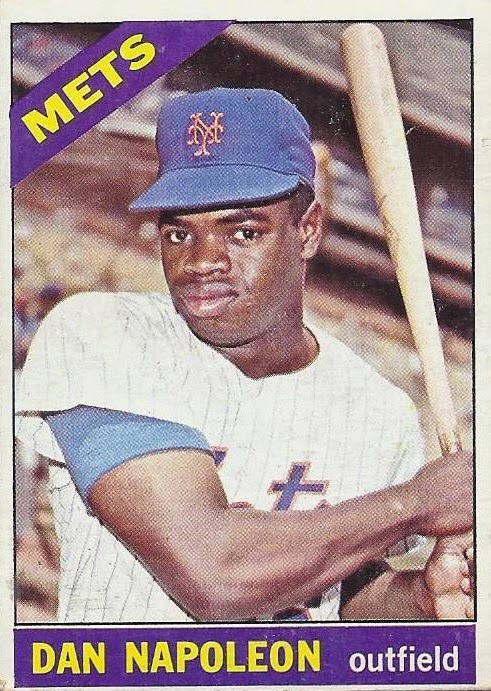 The rest of the way, I just selected among the cheapest Mets cards from the calendar year. I don't think this one was the cheapest, but it was only a few cents more, and I love the picture with the stadium looming behind Dan. 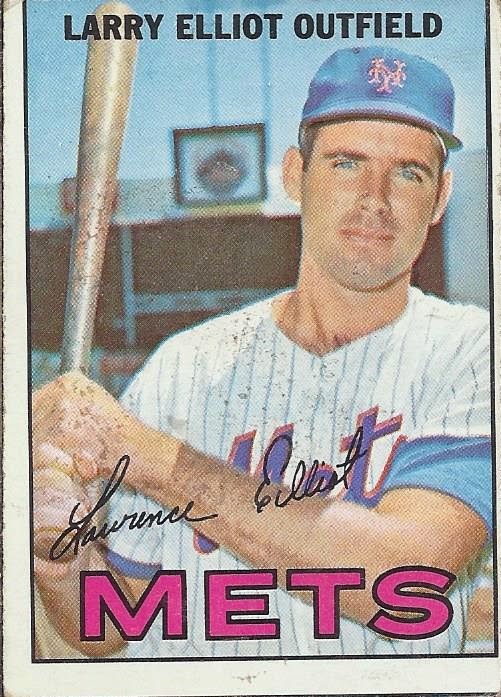 But this 1967 with the scoreboard and the Mets logo almost perfectly centered behind Larry Elliot might be even more spectacular. The horrible miscut adds to the charm of this vintage card even more. 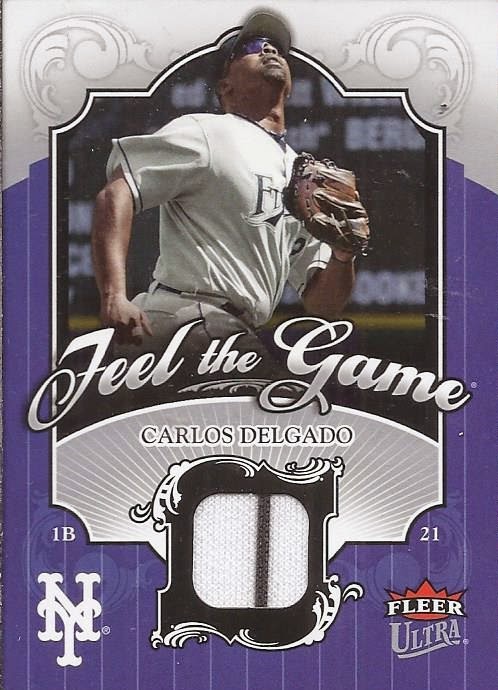 Now with some more recent stuff, and something I'd been looking for a bit. The logo says that this is a Mets card, but the picture and swatch is pure Marlins. Now, I've got at least one swatch for Delgado from all 3 of his teams. 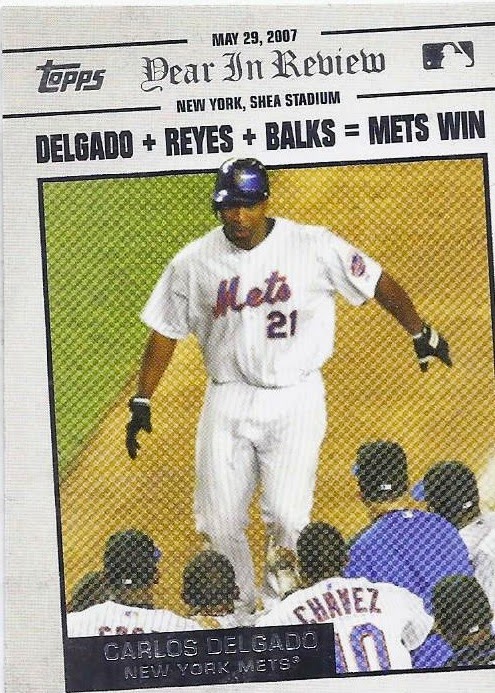 And one Delgado deserves another. Saluting a walk-off home run? Yup. This one is a keeper. 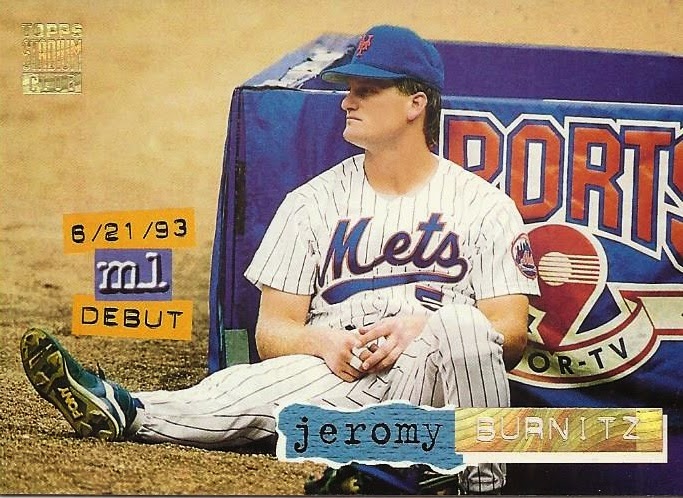 Another card that has been just on the verge of my top 10 list. Just a nice casual photo. Jeromy doesn't seem to be that impressed by what he's seeing. In short, it is a perfect Mets photo. 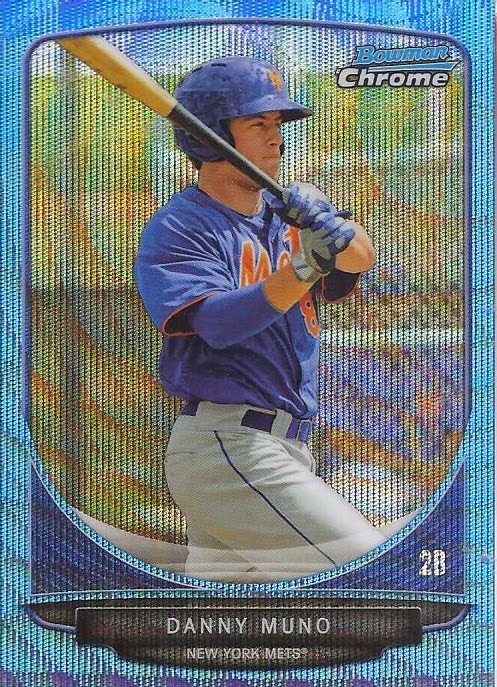 Woo! Refractor-y. This one was the cheapest Mets card at the time. It sure is a shiny card, and Muno might even sniff the big leagues this year after the roster expansion. 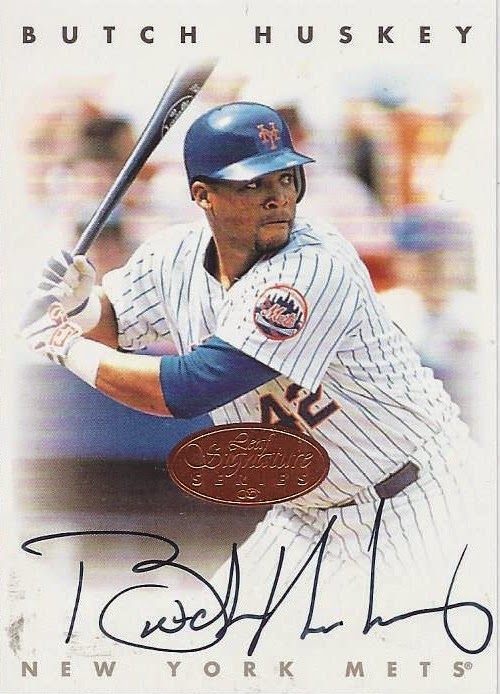 I've definitely been reading This Way To The Clubhouse too much with this decision to add this autograph of Butch Huskey to my collection. But, since this was only a dollar, and the Butch portion of his auto is pretty nice, I felt little guilt about it. Now someone just has to release a product with a certified auto of Butch Rolle and my collection will be perfect when it comes to guys named Butch. 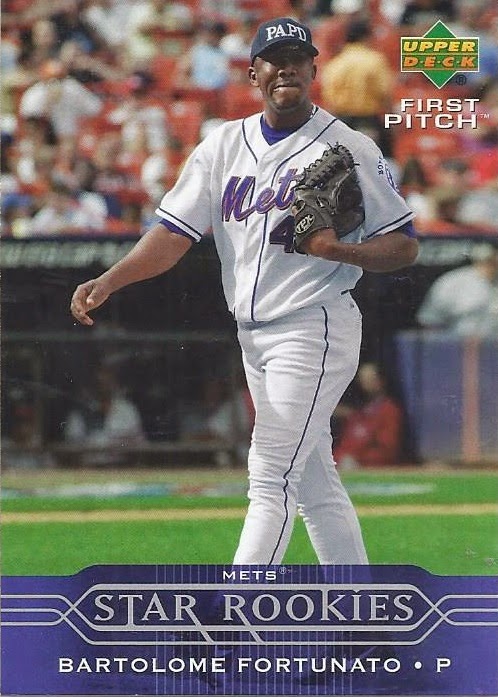 Wrapping up another post with an alternate cap card, as Bartolome Fortunato walks off the mound sporting a heroes cap from the Port Authority PD. I've got NYPD cap cards with a Leiter and a Piazza. I've got an Armando Benitez with the FDNY on it. But this is my first Port Authority cap.  I don't think I've seen another card where someone was sporting this cap until I saw this one. A unique wrap up to a plethora of Mets cards from the COMC Challenges.
Posted by buckstorecards at 09:22