Let's wrap up the basketball pack repack that I started posting earlier this week. Still left to look through are packs of 09 Adrenalyn, 08 and also 09 First Edition and finally a rack pack of 10 Classics.

First up, an actual hit from the rack pack. 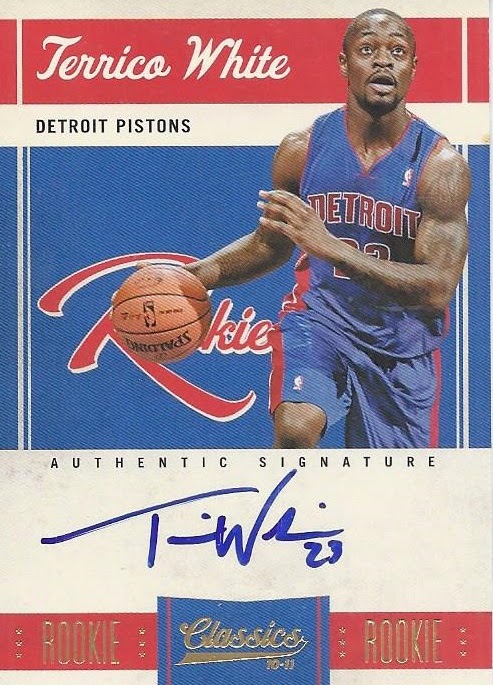 Terrico White isn't the most spectacular pull, but an on-card autograph is still a nice surprise. Unfortunately, Terrico got injured in his first NBA preseason game, and never played a regular season game in the NBA. He's been playing overseas the past few years.

But, in terms of COMC value, this wasn't the most valuable card. This was: 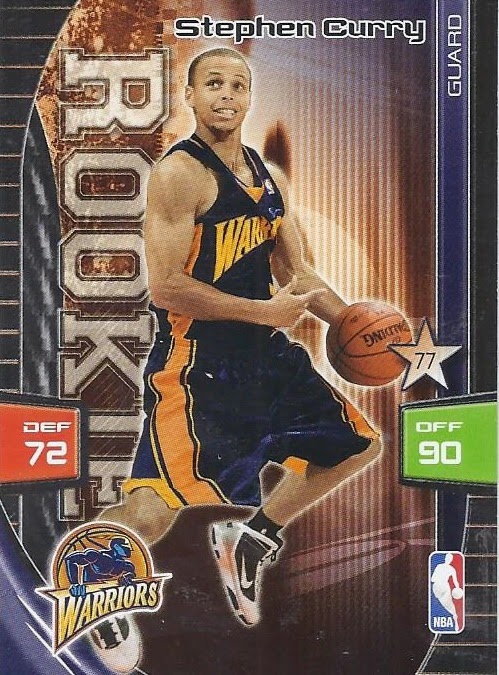 If someone told me that the most valuable card would come from the Adrenalyn pack, I'd laugh. But I could pick up the cheapest Terrico White autos there for the cost of the cheapest Stephen Curry. I'd still rather have the auto, though.

Now, the important things for me in this portion of the repack: The Raptors content. 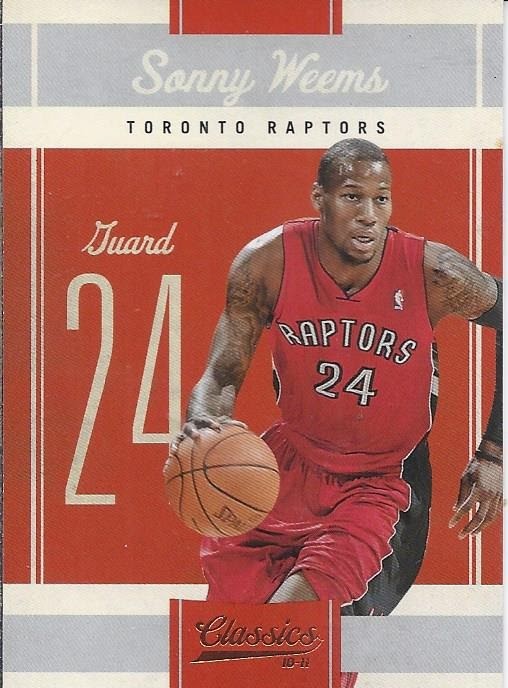 That's it! It is also a dupe for me. But, considering the lack of Sonny Weems content where he is a Raptor, it is still a nice one to have a dupe of his. 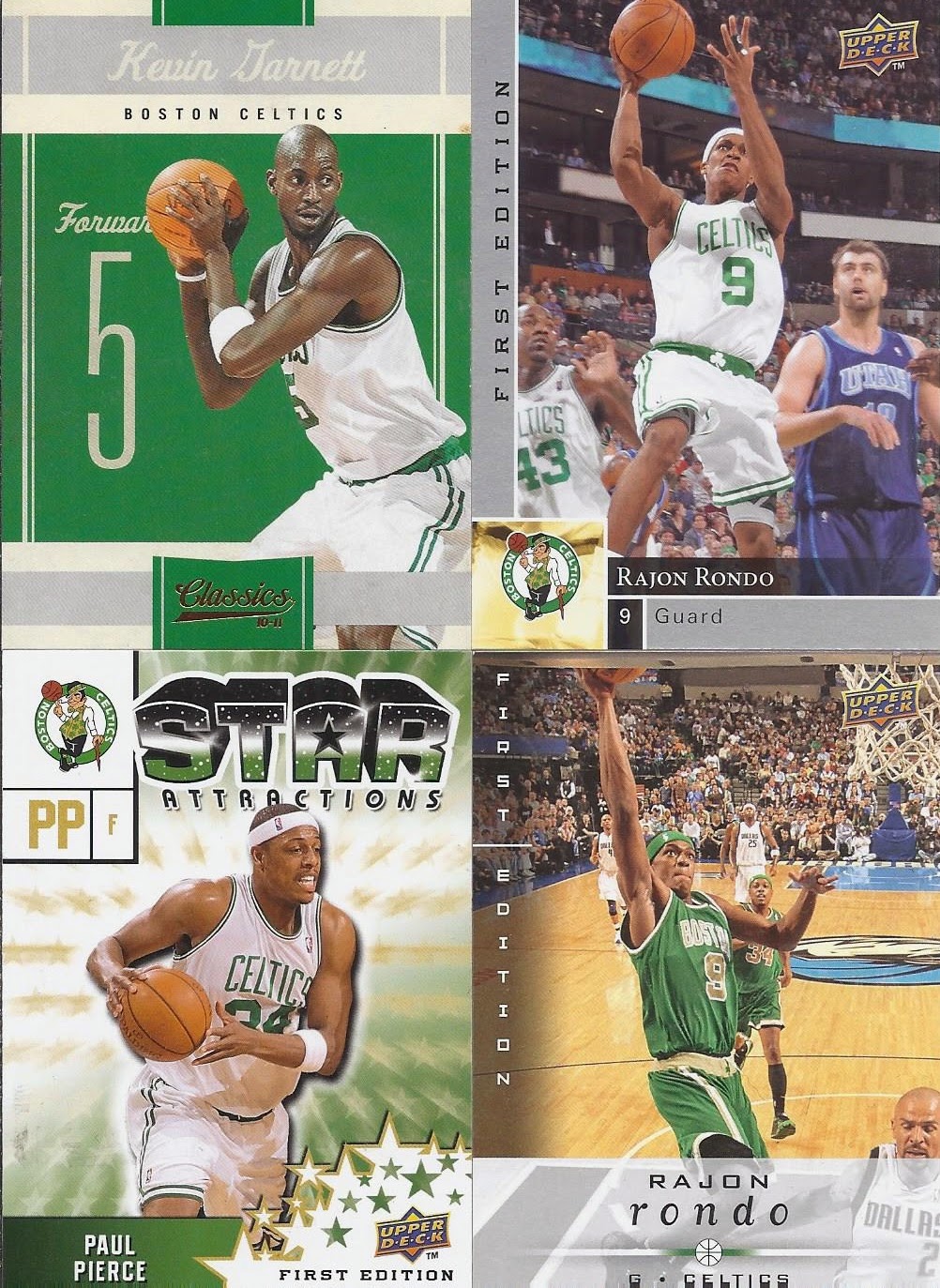 A little better. Rondo wasn't the only player to make an appearance in both packs of First Edition. 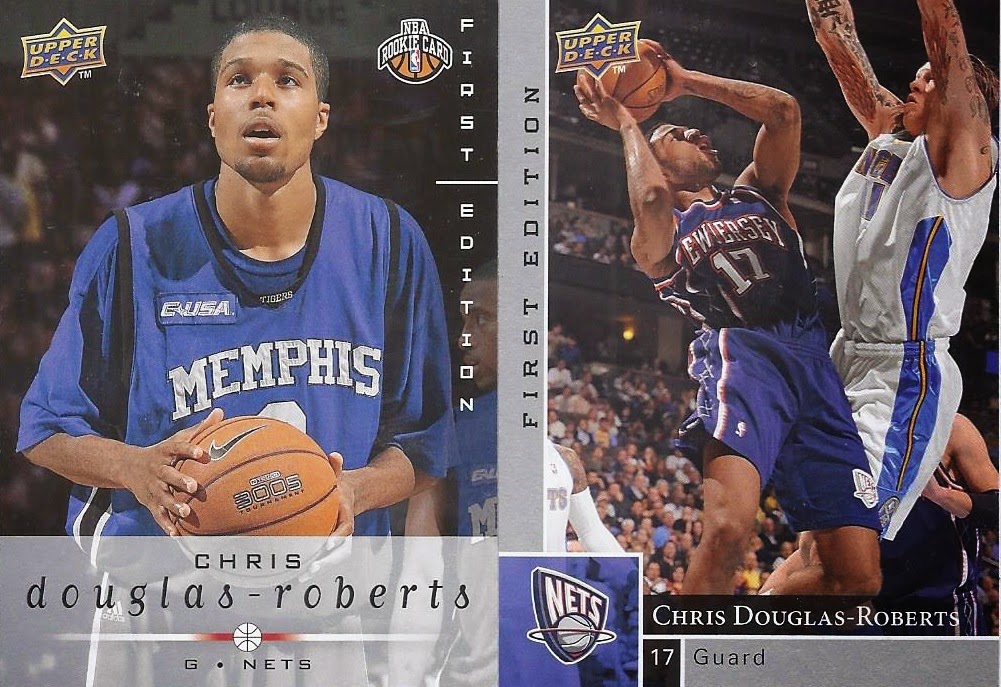 Although this one didn't quite have the same star power.

Best photos? You pretty much have to default it to Upper Deck since they were the only cards with the backgrounds still in the picture. These are nice, though. 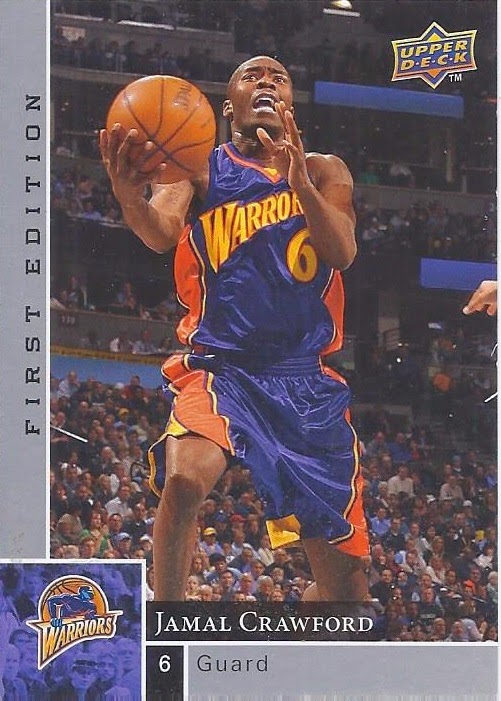 And finally, although Too Many Manninghams missed out on the Eric Nystrom I picked up at the flea market today, so hopefully this Jamal Crawford will be a consolation prize. I didn't know Crawford was a Wolverines alum until I read the card back, so I've got someone else to look for hits of
Posted by buckstorecards at 06:18