Today, some cards with a decidedly four-legged feel to them.

I've blogged in the past about the Airedales that have been a part of my life. They are the reason behind the first two cards today. 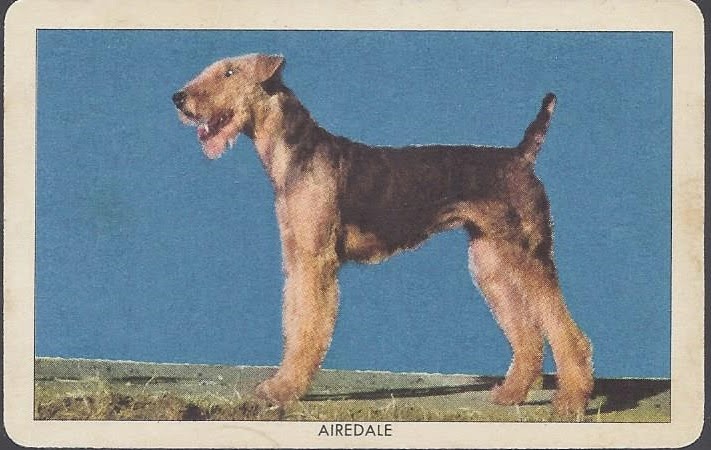 Had I not added the 1949 card of Red Barrett to my 2/14 collection through the challenges, this card would have been the oldest one in my collection. This one is from 1950, and is in incredibly good condition for a card this old. This card came from something called "Quaker Oats Challenge of the Yukon: Dog Cards". Free with cereal I guess, which makes this card's condition even more spectacular. 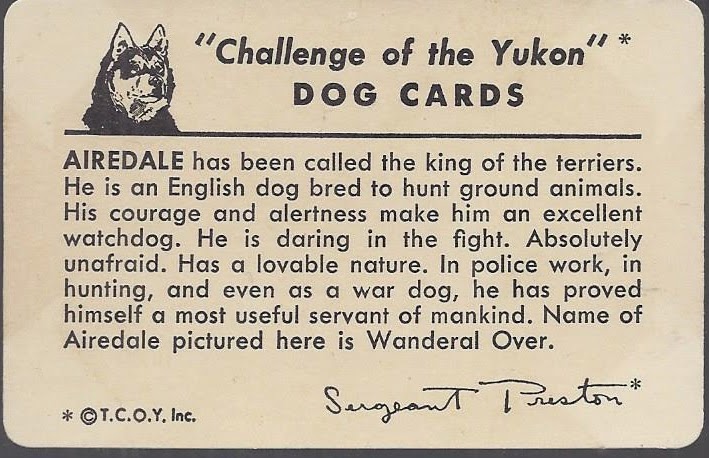 And here's the back of the card. My Charlie has incredible watchdog skills. In fact, whenever he barks out the front door, most of the time the whatever was out there has completely disappeared from view. I guess he inspires Usain Bolt like speed. 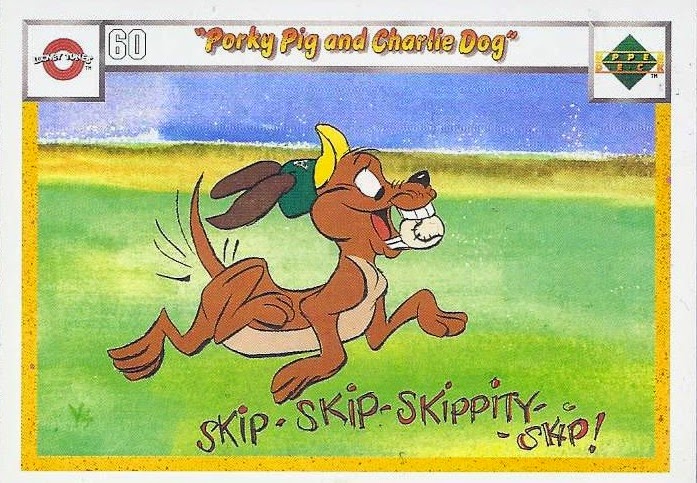 And since he is a Charlie, why not a card from UD's Looney Tunes set featuring their Charlie Dog. On both the front 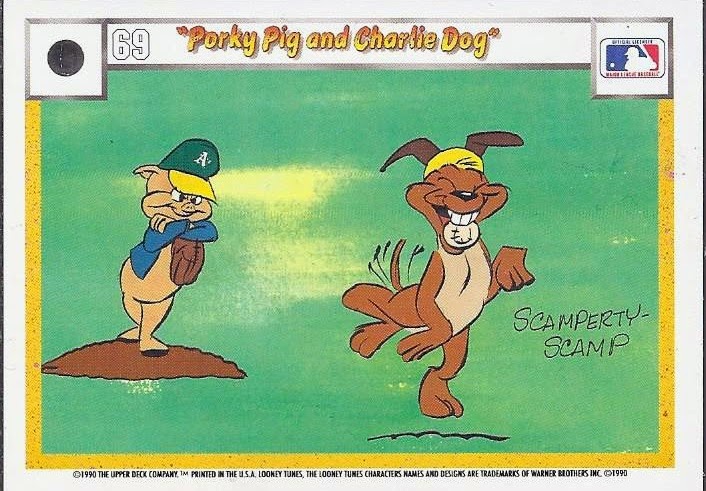 and the back, behaving not much different from my Charlie. Except his Skippities and Scamperties are more often done with a football in his mouth as opposed to a baseball. 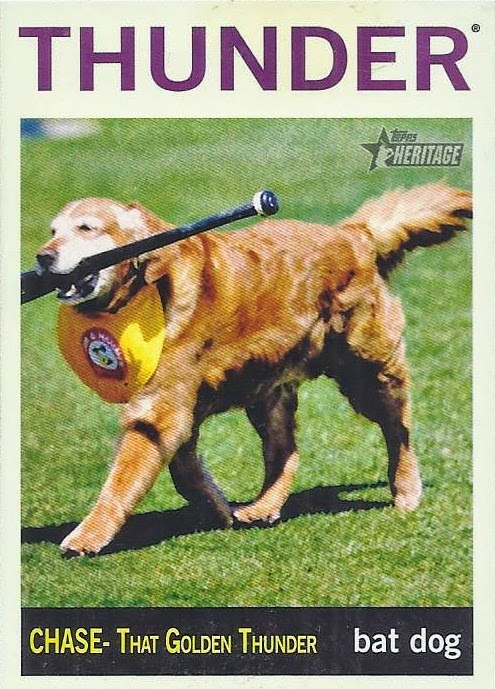 Let's leave the Airedale behind and go to 2013 Heritage Minors for this card. This might be one of the strangest choices for a card to end up as a short-print in a set, but I couldn't resist. Sadly, Chase passed away just days after his official retirement as bat dog, and before this card was released. The back is pretty interesting as well. 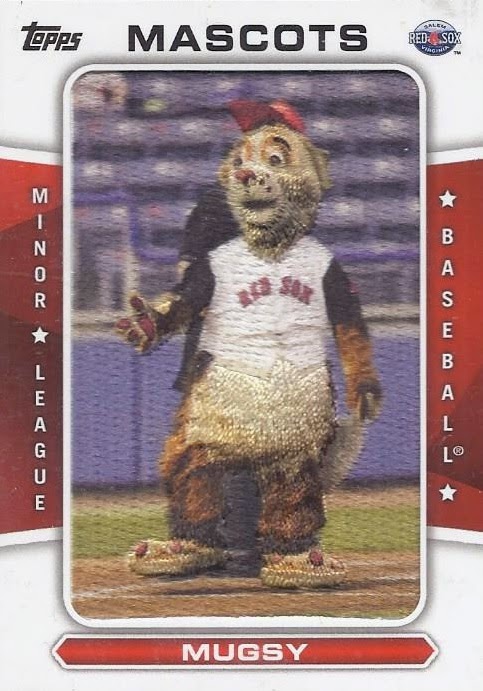 And supposedly, this is a St. Bernard. Who am I to argue?

Posted by buckstorecards at 11:34