Neither of my expected envelopes showed up today, but a pair of them still did. Two envelopes for a pair of cards. One was expected. One wasn't. 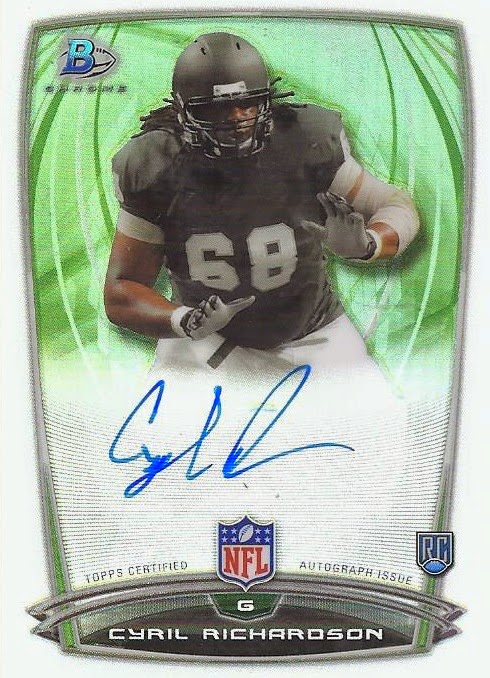 Firstly, the expected card. I'm certainly expecting Sammy Watkins to be all over the various releases this year, so adding at least one hit of his shouldn't be too much of a challenge. Cyril Richardson on the other hand? He was a 5th round pick. He's also an offensive lineman. I doubt he'll even have base cards in other sets. So, it is Bowman and Bowman only for adding his cards to my collection. Unless he also signed a bunch of stickers at the same time as these. In which case, at least this one was on card. 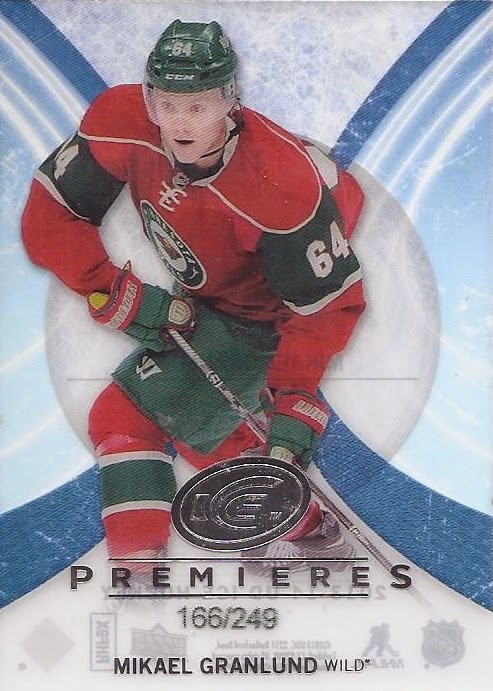 And the second, unexpected card. This one comes from the fact I filled out one of those No Purchase Necessary things at Upper Deck's website. Not a bad free card at all. Considering the only one I can find for sale online is going for $29.99 at COMC, I'll take a free one gladly.
Posted by buckstorecards at 15:14