Going full bore with Heritage means some sets had to be sacrificed. Instead of the joy of putting together the 2014 Topps flagship, I had to pick up a factory set instead. At least I could collate the 660 card set within. Another sacrifice would be Ginter, but I could still pick a few packs of it.

In retrospect, it was a shame, since I really liked the design this year, and there are a couple of cards that will be on my way to the Top 10 list at some point, namely the card with Roy Halladay as a Blue Jay, and the Wold's Capitals card featuring by old hometown of Ottawa.

But, those I'm sure will come eventually. Today, the highlights from the 5 packs I grabbed at the LCS. 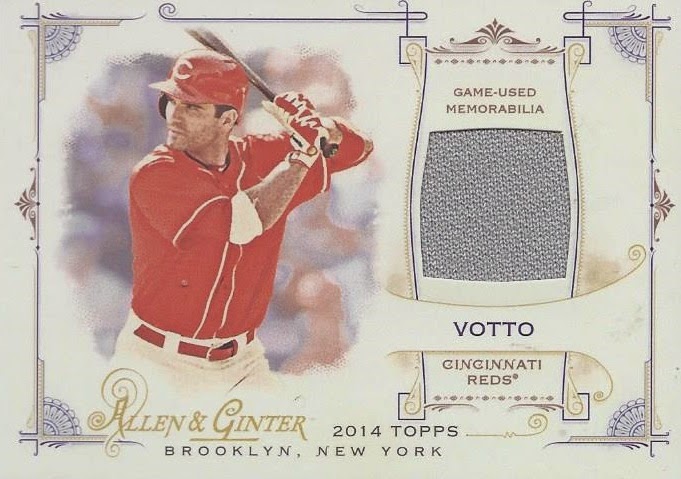 Leading with a hit is kinda cheating - but it when it is my first Votto relic for my Cancon collection, I'll cheat and lead with it. I guess I could wish it were a red relic, or even a white one for a nice patriotic contrast, but that, as always it nit-picking.

Since everybody loves the minis, here were the 5 I got. All are the standard backs, (such as they can be for the Komodo Dragon card), excepting Cespedes which is a Ginter back. 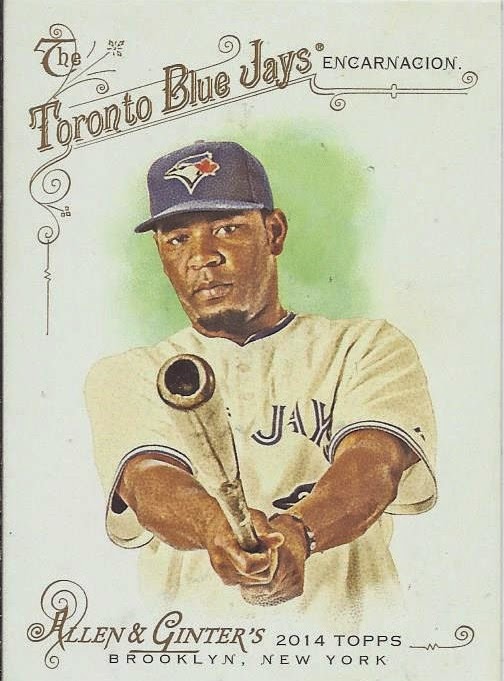 Blue Jays content was restricted to this one of Encarnacion, but that's a pretty bad ass looking picture of Edwin. 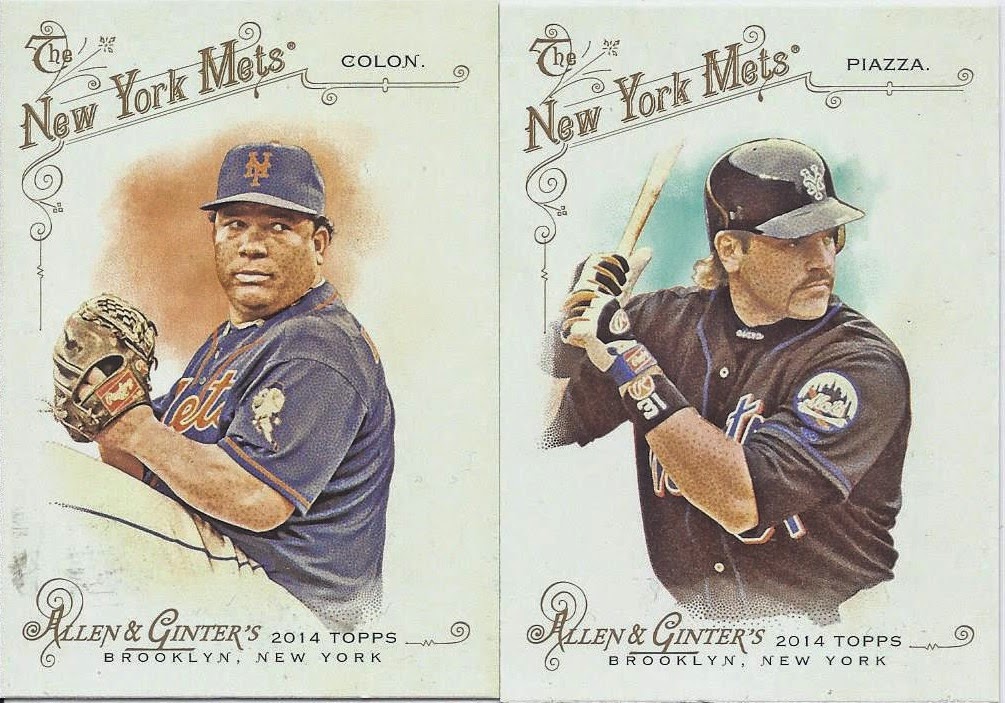 I did end up with a pair of Mets cards, though. I'm always happy to come across cards of Piazza as a Met, especially since his past few appearances in modern sets have been in Panini products. 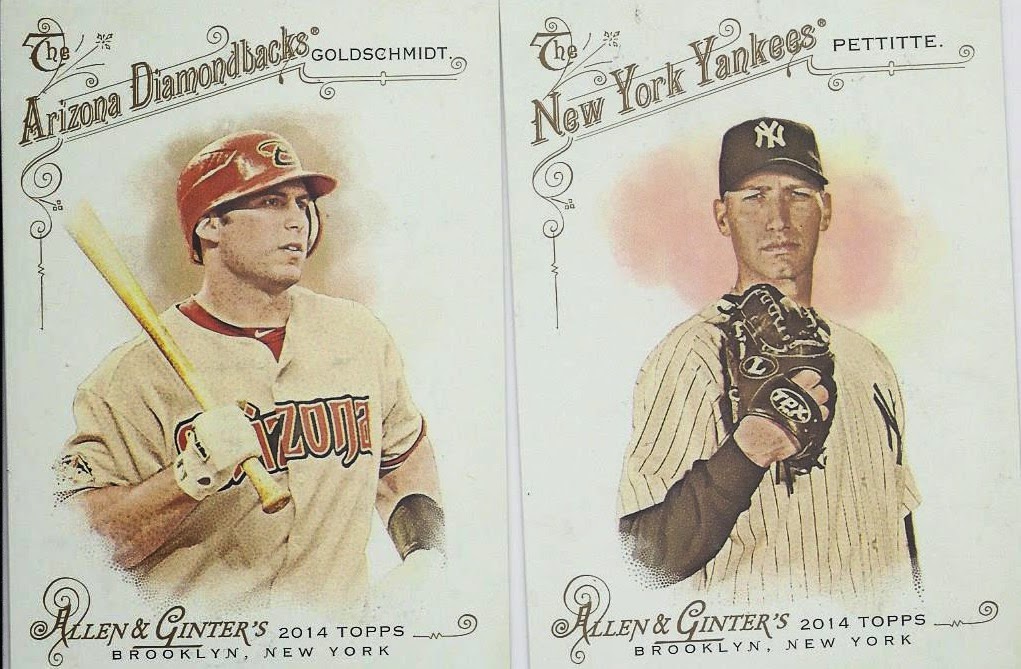 Among the base, here were the only 3 non-baseball cards I pulled. Considering I've busted packs that were entirely non-baseball in the past, that's a decent ratio. 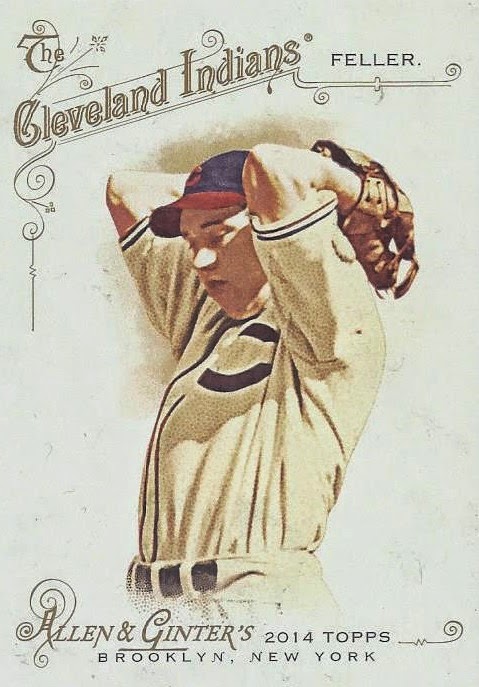 And my favourite card in terms of photo choice was this Bob Feller. That's likely because this photo didn't look at all familiar to me. A quick scan of COMC images shows that this one appears to be making its first appearance on a Topps card, although I'm sure there's some high end card where this image appears on a /5 base card.

Here are the pastimes inserts I pulled. It's very blah in terms of interest in the subject matter but the design is nice. 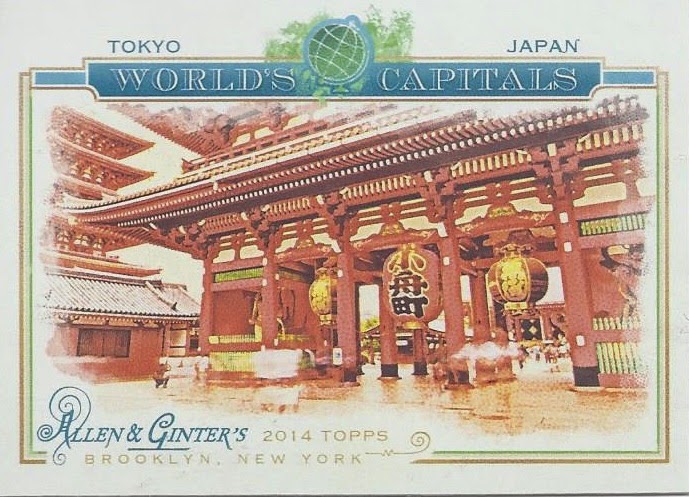 I didn't pull the Ottawa World Capitals card, but did get Tokyo. 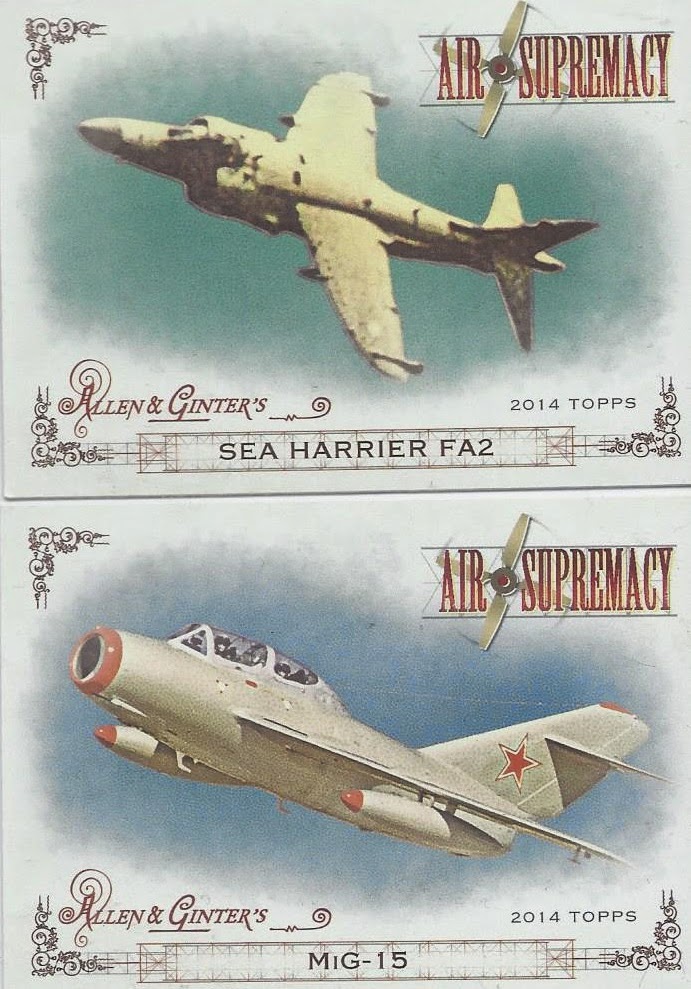 And to wrap it up, a pair of Air Supremacy inserts. Those would have been beyond cool when I was 8. Now, they're still pretty nice.

So, there's likely my only venture into Ginter for 2014.
Posted by buckstorecards at 16:01